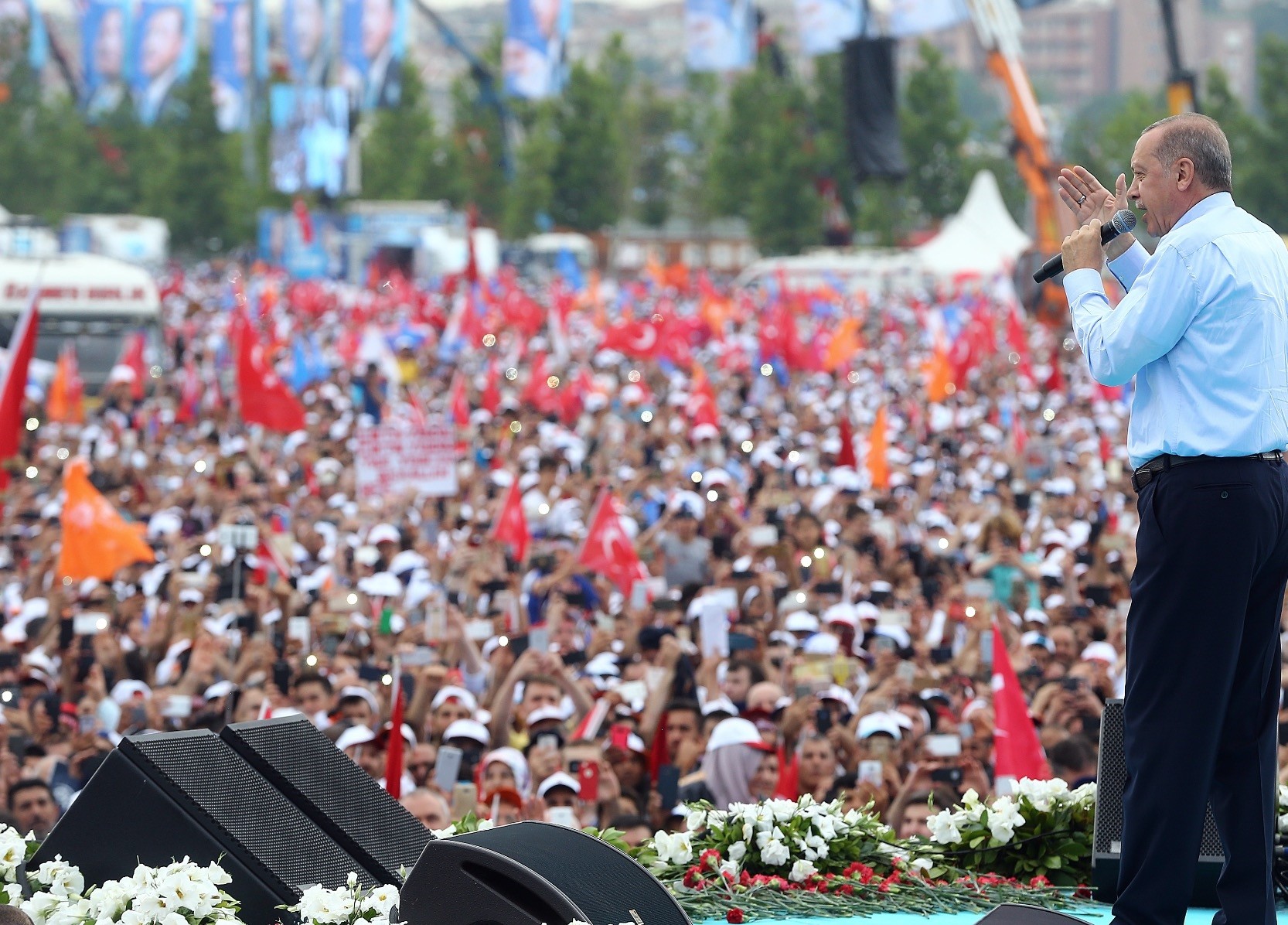 With less than a week left for the presidential and parliamentary elections, the ruling AK Party held a massive rally in the country's commercial and cultural capital, Istanbul, where President Erdoğan announced new projects for the metropolis

Hundreds of thousands of voters came together to attend a Justice and Development Party (AK Party) election rally in Istanbul's Yenikapı square, the results of which are seen as a determining factor for elections in the country. Speaking at the meeting, President Recep Tayyip Erdoğan said that TL 236 billion ($50 billion) has been invested in an abundance of projects in Istanbul during the last 16 years, and also that the city's vision for education, infrastructure and commercial life has been greatly improved. The president added that the AK Party government increased the number of universities from 21 to 57 and a great number of projects to make Istanbul a cultural center are continuing, including rebuilding of the city's symbolic Atatürk Cultural Center in the central Taksim district. The plan for a new cultural center to replace the previous center was unveiled in November 2017. The venue, set to open in 2019, will have a 2,500-seat opera hall, almost doubling the capacity of the former hall. It will have concert halls, theaters, cinemas, libraries and design workshops, as well as restaurants and cafes. An 800-seat theater, 1,000-seat conference hall, 285-seat cinema and a 250-seat smaller theater are among the other features of the new center.

The preparations was started in the afternoon for the meeting, which has become a custom for the ruling party in the last several elections. A huge platform was set up with large speakers and big screens placed around the square so attendees can comfortably watch the stage. Along with AK Party banners, raincoats were distributed before meeting due to the weather. The meeting was divided with portable walls in order to prevent a stampede. Hundreds of thousands of Istanbulites poured into the square using several different means of transportation. Prime Minister Binali Yıldırım, for example, arrived at the meeting using a sea route. 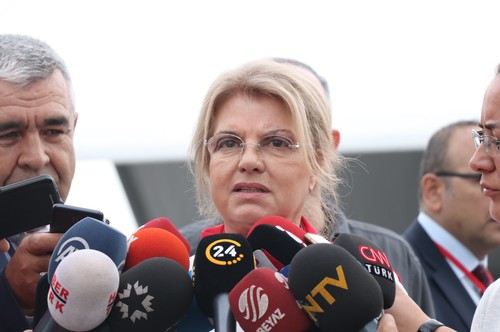 Initially, Prime Minister Yıldırım took the stage, saying that seven major infrastructure projects were made for Istanbul, including the third airport, the Marmaray metro line and the Istanbul-İzmir highway. He also said that the AK Party government has been standing effectively against terrorist organizations, calling on opposition parties to explain their counterterrorism strategies.

A lot of foreign students, especially from African countries, were also seen in the rally. A reporter from NTV television said that he interviewed one of them, who said that he came to the meeting to thank Erdoğan for solving their problems. 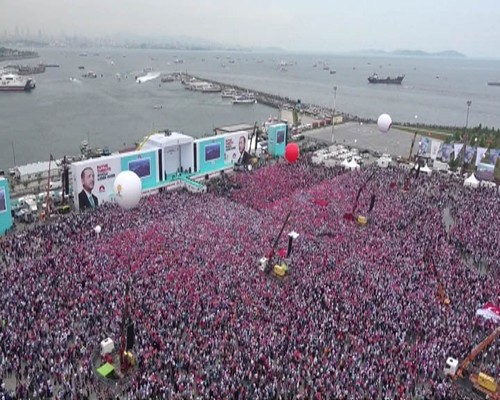 Former Prime Minister Tansu Çiller, a professor of economics and Turkey's first and only female prime minister from 1993 to 1996, was also among the people who came to Yenikapı to attend the rally. "I am here with a national conscience," she told reporters before the meeting.

The President also said that Istanbul's Yassıada island will be transformed into a freedom and democracy island.

Yassıada has become synonymous with the May 27, 1960 military coup - the first in Republican history - the trials of the leading politicians of the time and the execution of then Prime Minister Adnan Menderes, Finance Minister Hasan Polatkan and Foreign Minister Fatin Rüştü Zorlu. The three executed politicians have been seen as symbols of democracy ever since.

The AK Party's Yenikapı meeting was not the only elections rally in Istanbul. Supporters of the HDP also gathered in Bakırköy district for a rally.

The AK Party came into power in the 2002 general elections and has been in power since that time.

Turkish voters approved the switch from a parliamentary system to a presidential one in the April 2017 referendum. The presidential and parliamentary elections will be held on June 24 on the same day. The candidate that garners over 50 percent of the vote will be declared the country's 13th president.

Recent surveys on the presidential elections indicated no certainty on whether it will end in the first round or not, even though they all point to Erdoğan as the leader of the race. Erdoğan is followed by the Republican People's Party (CHP) presidential candidate Muharrem İnce in public surveys. The Good Party's (İP) leader and presidential candidate Meral Akşener has been coming third in a majority of public opinion surveys.