Opposition candidates offer each other vice president seats ahead of election 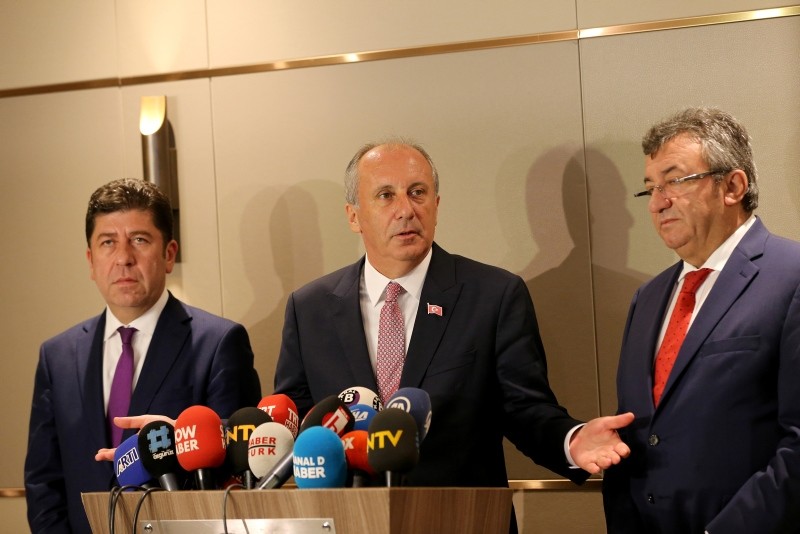 Only four days ahead of Turkey's June 24 presidential and parliamentary snap elections, top opposition candidates for the Turkish head of state announced that they will appoint each other for vice presidential seats as a sign of increasing cooperation between their recently forged electoral alliance.

After incumbent President Recep Tayyip Erdoğan of the ruling Justice and Development Party (AK Party), Ince is the leading candidate in opinion polls. Erdoğan will likely win in the first round with a small margin, polls say, or compete with Ince in the second round.

Akşener also made a similar announcement Tuesday saying that she will offer vice presidential seats to Ince and Karamollaoğlu if she wins the election.

Ince thanked Akşener for her offer and said he would accept the offer if she wins the election.

The CHP, the IP, the SP and the Democrat Party (DP) agreed on May 2 to form the Nation Alliance ahead of the snap elections.

Although the relations between the parties and candidates have proceeded smoothly so far, it remains unclear how the center-left secularist CHP, right-wing nationalist IP and Islamist-conservative SP will get along in a ruling coalition if they emerge victorious in the election.