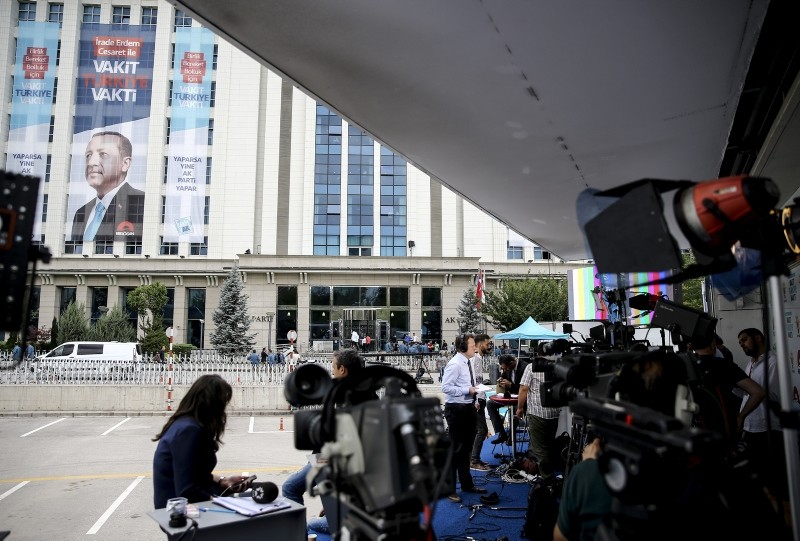 The People’s Alliance between the ruling AK Party and MHP declared victory over the CHP and İP’s Nation Alliance in Sunday's elections, receiving more than 53 percent of the votes

The People's Alliance, formed between the Justice and Development Party (AK Party) and the Nationalist Movement Party (MHP) clinched victory in Turkey's 27th general elections Sunday by receiving 53.6 percent of the votes.

For the first time in Turkish history, however, political parties went to elections by forming alliances. The AK Party and the MHP formed the People's Alliance, while the CHP, İP, and the SP formed the Nation Alliance.

Previously, in the general elections, a political party was required to garner 10 percent of the votes nationwide for its candidate to win a seat in Parliament. Now, with the new changes in electoral laws, alliances which passed the 10 percent threshold let the parties in the alliance claim seats in Parliament.

According to the changes adopted in the April 16, 2017 constitutional reform and presidential system referendum, the number of deputies in the Grand National Assembly of Turkey have increased from 550 to 600.

The constitutional reform also lowered the age of candidacy from 25 to 18, which enabled 113 young candidates to run for the parliament yesterday.

The western Aegean and Thrace regions were the regions that supported the Nation Alliance the most. The HDP, however, is supported mainly in the southeastern provinces of the country, which are known for their large Kurdish population.