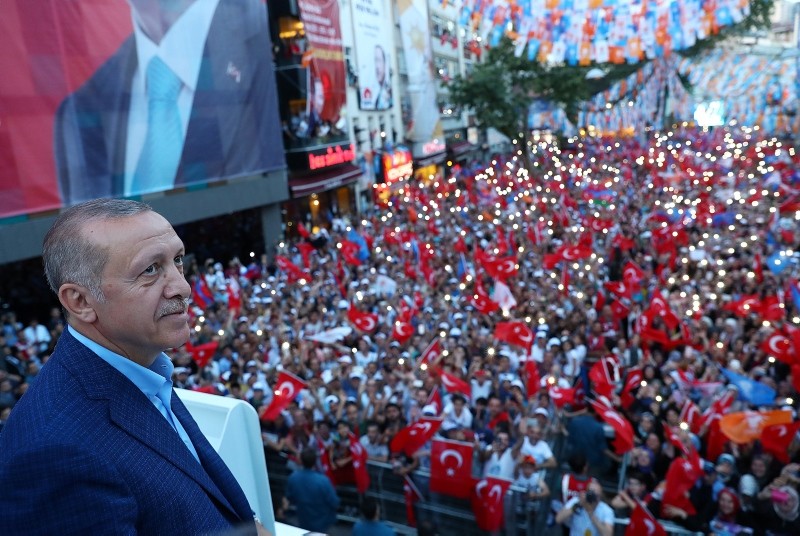 Incumbent President Recep Tayyip Erdoğan declared victory after receiving 52.5 percent of the votes with more than 99 percent of ballot boxes opened while the alliance led by his ruling AK Party securing the majority in the parliament. 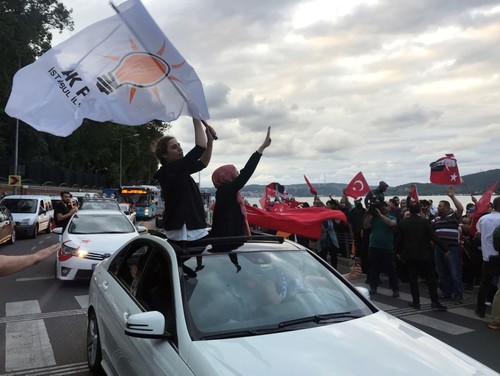 In a speech at the presidential mansion in Istanbul's Sarıyer district, Erdoğan claimed victory and thanked Turkish electorate for their support to himself and the Justice and Development Party(AK Party).

In the parliamentary elections, the People's Alliance formed between the AK Party and the Nationalist Movement Party (MHP) received 55.8 percent of the votes with 72.1 percent of the total votes counted. 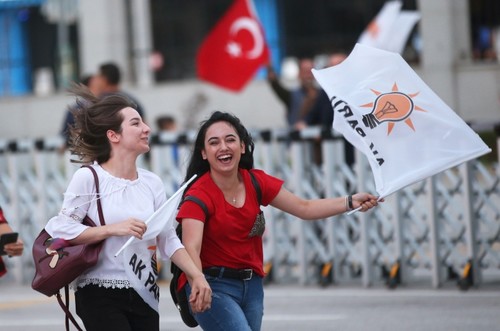 The National Alliance formed between the CHP, İP, and the SP collected 32.8 percent of the votes.

With the polls officially closed, electoral committees across the country's 81 provinces have started counting ballots.

Votes were cast in 180,065 polling places across the country.

Voting at Turkish customs gates with adjoining countries, which began on June 7, has also ended.

Votes by Turks living abroad who cast their ballots in 60 countries at 123 embassies and consulates will be counted at the same time in the capital Ankara.