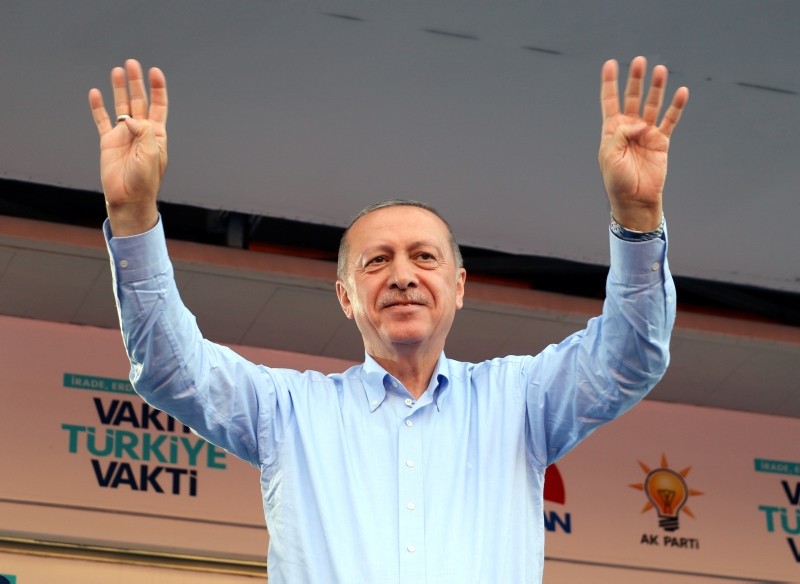 Main opposition Republican People's Party (CHP)'s presidential candidate Muharrem Ince was in for a shock when preliminary results for the polls were announced for his hometown Elmalı, a village in Turkey's northwestern Yalova province.

According to latest results, Erdoğan is also leading in Yalova as a whole at 59.6 percent. Ince followed in second place with 37.5 percent, İyi Party (İP)'s Meral Akşener with 4.9 percent, HDP candidate Selahattin Demirtaş with 4.6.

With the polls officially closed, electoral committees across the country's 81 provinces have started counting ballots.

Votes were cast in 180,065 polling places across the country.

Voting at Turkish customs gates with adjoining countries, which began on June 7, has also ended.

Votes by Turks living abroad who cast their ballots in 60 countries at 123 embassies and consulates will be counted at the same time in the capital Ankara.