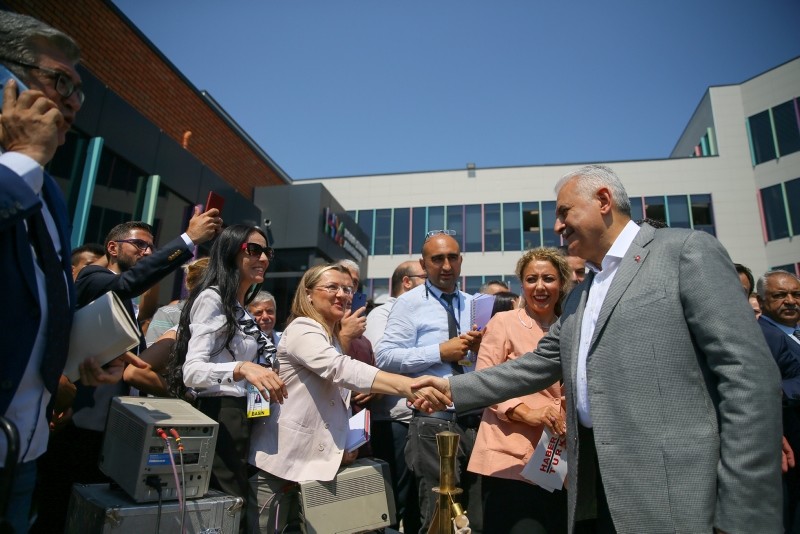 Politicians cast their ballots on Sunday, as they emphasized participation in Turkey's historic presidential and parliamentary elections.

President Recep Tayyip Erdoğan, accompanied by his wife and grandchildren, voted at the Saffet Çebi Middle School in Istanbul's Üsküdar district. The president said that the electoral turnout in the "democratic revolution" so far seemed to be high, adding that he wished everyone a happy election day.

After casting his ballot, the president took time to chat with several citizens and posed for photographs. When he came out of the school building, he was met with applause by a large crowd.

Prime Minister Binali Yıldırım was one of the first politicians to cast his ballot at the Bahar Yıldırım Primary School in western Izmir province's Karabağlar district.

The prime minister, who was welcomed with applause by voters as he entered the school building, chatted with several citizens and posed for photographs. 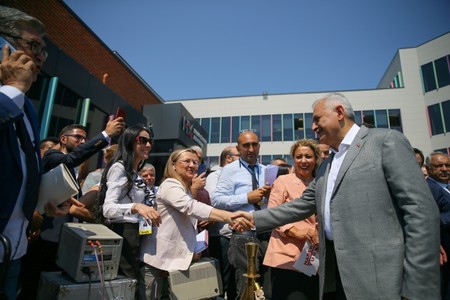 After casting his ballot, Yıldırım wished a happy election day to everyone, underlining the importance of peace and fraternity among Turkish citizens.

"Turkey will continue moving forward to new targets [and] new horizons in stability and security with the new governing system," he said.

Foreign Minister Mevlüt Çavuşoğlu, accompanied by his wife, went to the polls at the Ayşen Cengiz Urfalıoğlu Primary School in southern Antalya's Alanya distirct. The foreign minister underlined that that the June 24 vote was "Turkey's most critical election."

Interior Minister Süleyman Soylu cast his ballot at the Dobruca Middle School in Istanbul's Gaziosmanpaşa district. "Turkey is having a democracy festival today," Soylu said, adding that voting so far has been conducted smoothly throughout the country. 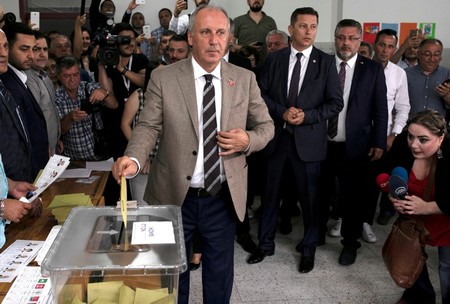 CHP chairman Kemal Kılıçdaroğlu cast his vote at the Arjantin Middle School in Ankara's Çukurambar, accompanied by his wife and son.

Akşener said that she would follow the election results at IYI Party's headquarters in Ankara, adding that she was "very excited." 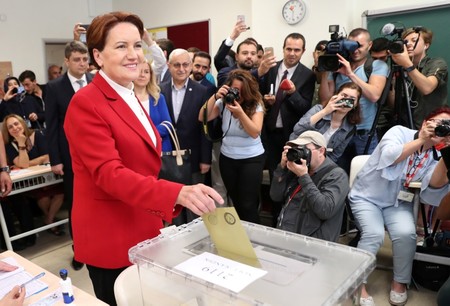 Six candidates are contesting at the presidential race while eight political parties, including two alliances, are taking part in the parliamentary elections.