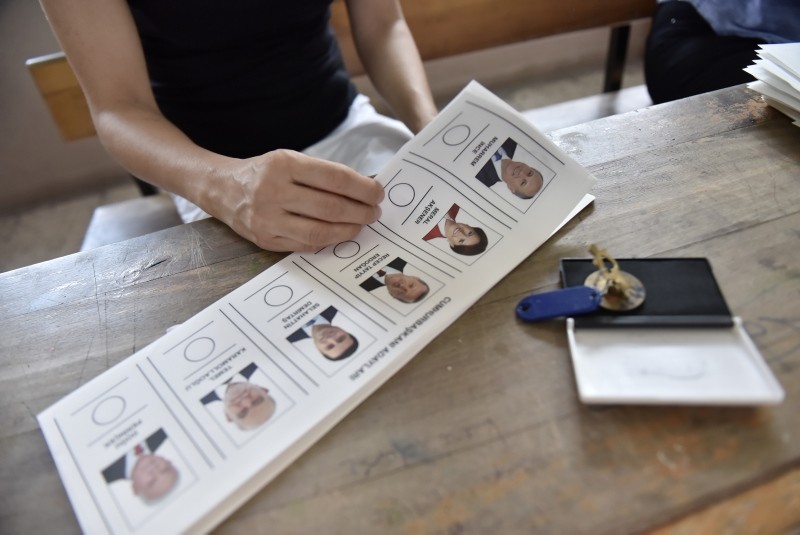 Polls have closed in Turkey's high-stakes presidential and parliamentary elections, with 56,322,632 registered voters and 180,065 ballot boxes across the country.

Voters began gathering at polling centers early on Sunday to cast their ballots in the elections that complete Turkey's transition to a new executive presidential system that was approved in a referendum last year.

"Until now, we have not received any information regarding any disruption in the elections. Everybody is casting their votes in peace," Abdulhamit Gül told reporters after casting his vote in southeastern Gaziantep province.

Voters will be able to cast their ballots after they show their ID cards or any other official identification document.

It is forbidden to enter the voting booth with photo or video cameras and mobile phones.

Voters are casting two separate ballot papers in the same envelope -- one for the presidential and one for the parliamentary elections.

Parties in the running

Eight political parties are participating in the parliamentary elections that include the Justice and Development (AK) Party, the Republican People's Party (CHP), the Free Cause (Huda-Par) Party, the newly formed Good (IYI) Party, the Nationalist Movement Party (MHP), the pro-PKK Peoples' Democratic Party (HDP), the Felicity (Saadet) Party and the Patriotic (Vatan) Party.

For the first time in Turkish history, political parties went to elections by forming alliances.

Turkey's ruling AK Party and the MHP formed an alliance (People's Alliance) while the CHP, the IYI Party and the Felicity Party constituted another (Nation Alliance).

A bill, submitted by the ruling AK Party and the MHP in February, stated that a political party could back another during elections.

In general elections, a political party must receive 10 percent of the votes nationwide for any of its candidates to win a seat in parliament. Now, only the alliance needs to pass the 10-percent threshold in order for the parties to claim seats in parliament.


Ballots are bearing the name of the alliance juxtaposed to that of the candidates whose parties have decided to proceed with forging an alliance.

Six candidates are running for president: Recep Tayyip Erdoğan for the alliance (People's Alliance) formed by Turkey's ruling AK Party and the MHP, Muharrem Ince for CHP, Meral Akşener for the Good (IYI) Party, Temel Karamollaoğlu for the Felicity (Saadet) Party, Selahattin Demirtaş for HDP, and Doğu Perinçek for the Patriotic (Vatan) Party.

The Organization for Security and Cooperation in Europe (OSCE) said Sunday that no discrepancies were reported during the elections as of early afternoon.

The delegation started its on-site observation in Lieutenant Kalmaz Primary School in the capital Ankara.

Speaking to reporters, Ambassador Audrey Glover, head of the election observer delegation, said they will continue following the polls closely until they end.

"There are no obstacles to the OSCE delegation, and we continue to observe the election in the methodology we employ all the time," she said.

The delegation will hold a press briefing at the Sheraton Hotel in Ankara at 3 p.m. local time (1200GMT) on Monday.

Some 415 observers from eight international organizations have been deployed to watch Turkey's presidential and parliamentary elections.

News media organizations are not allowed to broadcast any political advertising, predictions or comments about the elections until 6 p.m. (1500GMT).

Between 6 p.m. (1500GMT) and 9 p.m. (1800GMT), media outlets will only be able to publish official announcements about the elections issued by Supreme Election Council.

Foolproof security was ensured across the country during the elections, according to a statement by the Interior Ministry.