Time to focus on the future of Turkey, Erdoğan says after election victory 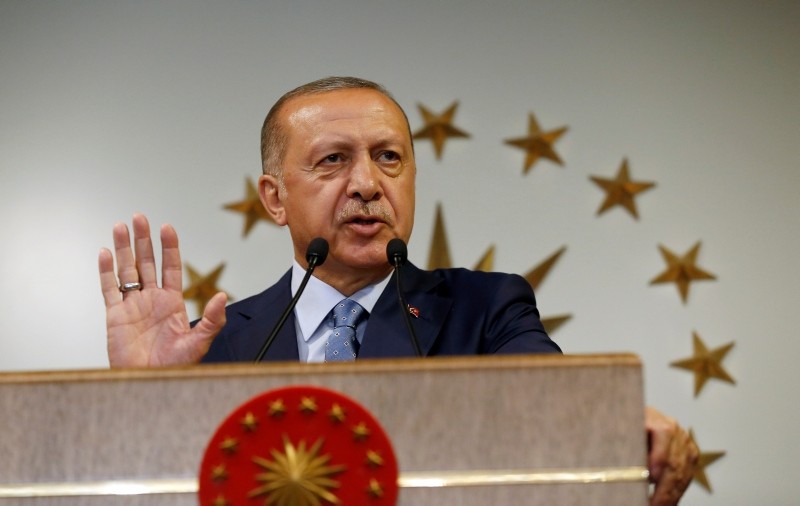 President Recep Tayyip Erdoğan said it was now the time to focus on the future of Turkey and leave behind tensions of the election period following his victory in the presidential elections on Sunday.

"Our people have given us the job of carrying out the presidential and executive posts," he said in a short speech in Istanbul.

"I hope nobody will try to cast a shadow on the results and harm democracy in order to hide their own failures."

"My beloved nation, our people did their part ... it is time for us to work harder. It is time to leave the tensions of the campaign behind. It is time to focus on our future," Erdoğan said.

A few hours after speaking in Istanbul, Erdoğan gave his traditional victory speech from the balcony of the Justice and Development Party (AK Party) headquarters in Ankara.

The president thanked Turkish citizens for voting in the election which recorded the highest voter turnout in the history of the country.

"From tomorrow on, we will get to work to fulfill the promises we have given to our nation; Turkey has no time to lose," he said.

Erdoğan also promised to work towards liberating more Syrian land from terrorists so that Syrian refugees in Turkey can return to their homes safely, and pledged act more decisively against terrorist organizations.

Meanwhile, the AK Party, which has been in power since 2002, received 42.5 percent of the vote to win its sixth consecutive general election.