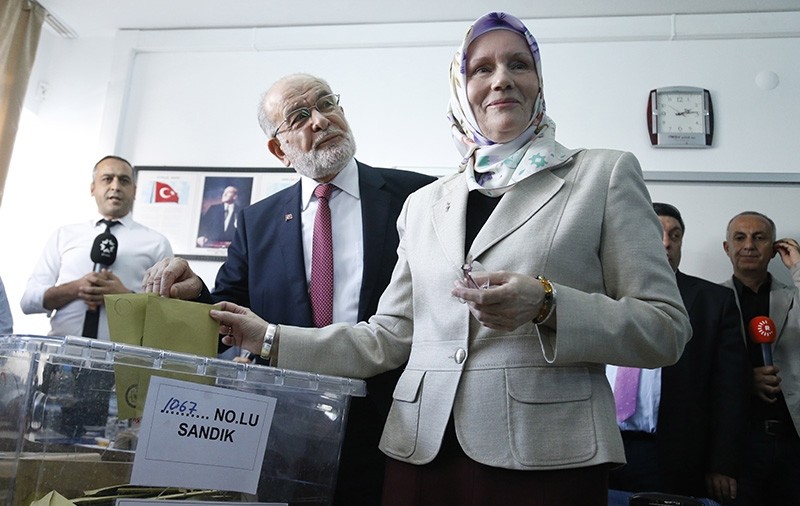 Although the Felicity Party (SP) was unable to send any of its own deputies to parliament after failing to clear the 10 percent vote threshold in Sunday's election, its votes helped main opposition Republican People's Party (CHP) secure seats in hard-fought provinces.

Based on the unofficial results, the SP received just over 671,000 votes, only 1.4 percent of the total votes. It was the smallest contributor to the Nation Alliance, which also included the Republican People's Party (CHP) and the Good Party (İP).

However, SP's votes were allotted to CHP, aiding the party in winning additional seats. The CHP received 22.7 percent of the vote overall, the second largest percentage after the winning Justice and Development Party (AK Party).

Thanks to the Nation Alliance, CHP was able to send deputies to parliament in electoral districts where they had not won a deputy in many years – including Adıyaman, Karabük, Karaman, Kars, Kastamonu, Kırıkkale, Kırşehir, Kütahya, Nevşehir, Şanlıurfa and Yozgat.

In Elazığ, the SP won 1.8 percent of the vote, which was added to the CHP, which received 10.6 percent of the vote. Aided by the Nation Alliance, CHP was able to replace a deputy who had been in office for more than 40 years with one of its own.

Thanks to SP's votes, three more CHP deputies were able to enter parliament who would not have had enough votes otherwise, namely Huseyin Emre Bağce (Istanbul), Cihangir Islam (Istanbul) and Abdulkadir Karaduman (Konya).

The 10 percent electoral threshold has been in force in Turkey since the 1983 general elections.