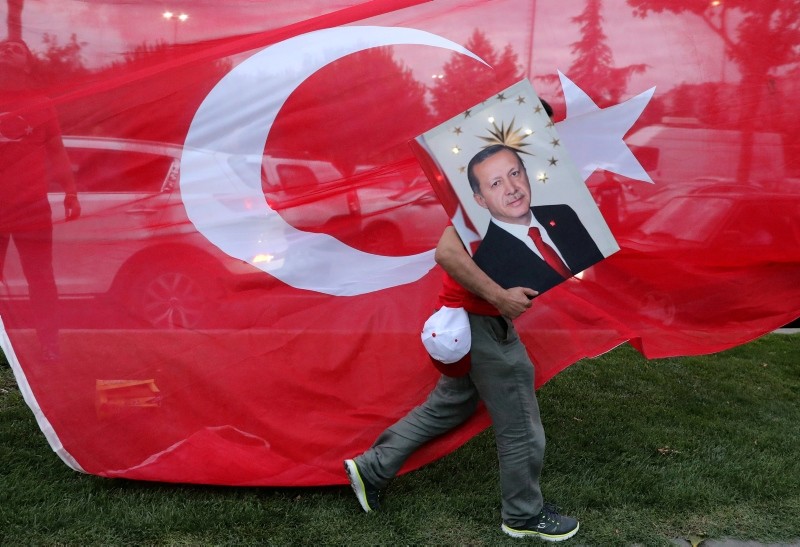 His ruling AK Party is also leading in parliamentary elections, with 42.4 percent of the vote counted.

Along with the MHP, the AK Party's election ally, the People's Alliance has won 53.6 percent of the vote so far.