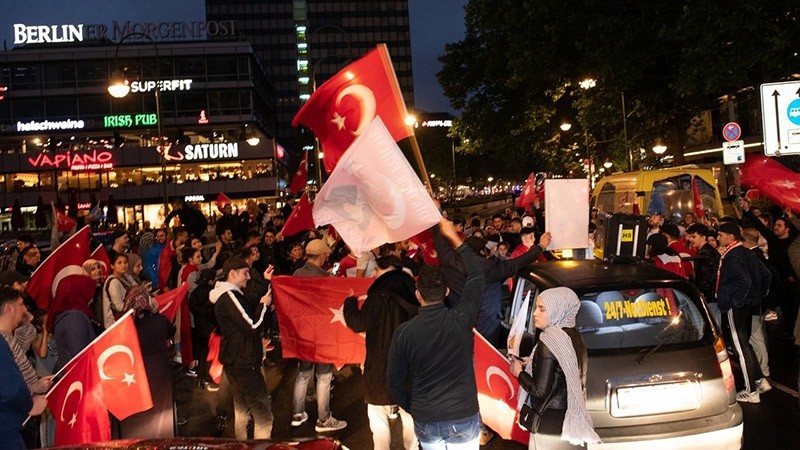 The integration minister of Germany's North Rhine-Westphalia state on Tuesday described the electoral behavior of many Turkish citizens living in the country and their celebration of the re-election of President Recep Tayyip Erdoğan as "strange," suggesting that Turkish voters "bizarrely" resembled the voters of far-right Alternative for Germany (AfD) "who also fall for authoritarian populism."

Joachim Stamp also said that the state government in Dusseldorf would meet this challenge with a "considerably more binding integration policy," adding that the mediation of values must become more important.

Erdoğan's success in Germany outperformed the overall results in Turkey during the parliamantary and presidential elections held on June 24. Numerous voters took to the streets in several German cities on Sunday to celebrate the Turkish president's election victory.

Erdoğan was trailed by the Republican People's Party (CHP) candidate Muharrem İnce as his closest rival with 30.6 percent of the votes.

Sunday's elections were observed by both domestic and international monitors who said the overall process for the elections was healthy and fair.