Crisis of confidence in CHP: Defeats trigger rivalries among leadership 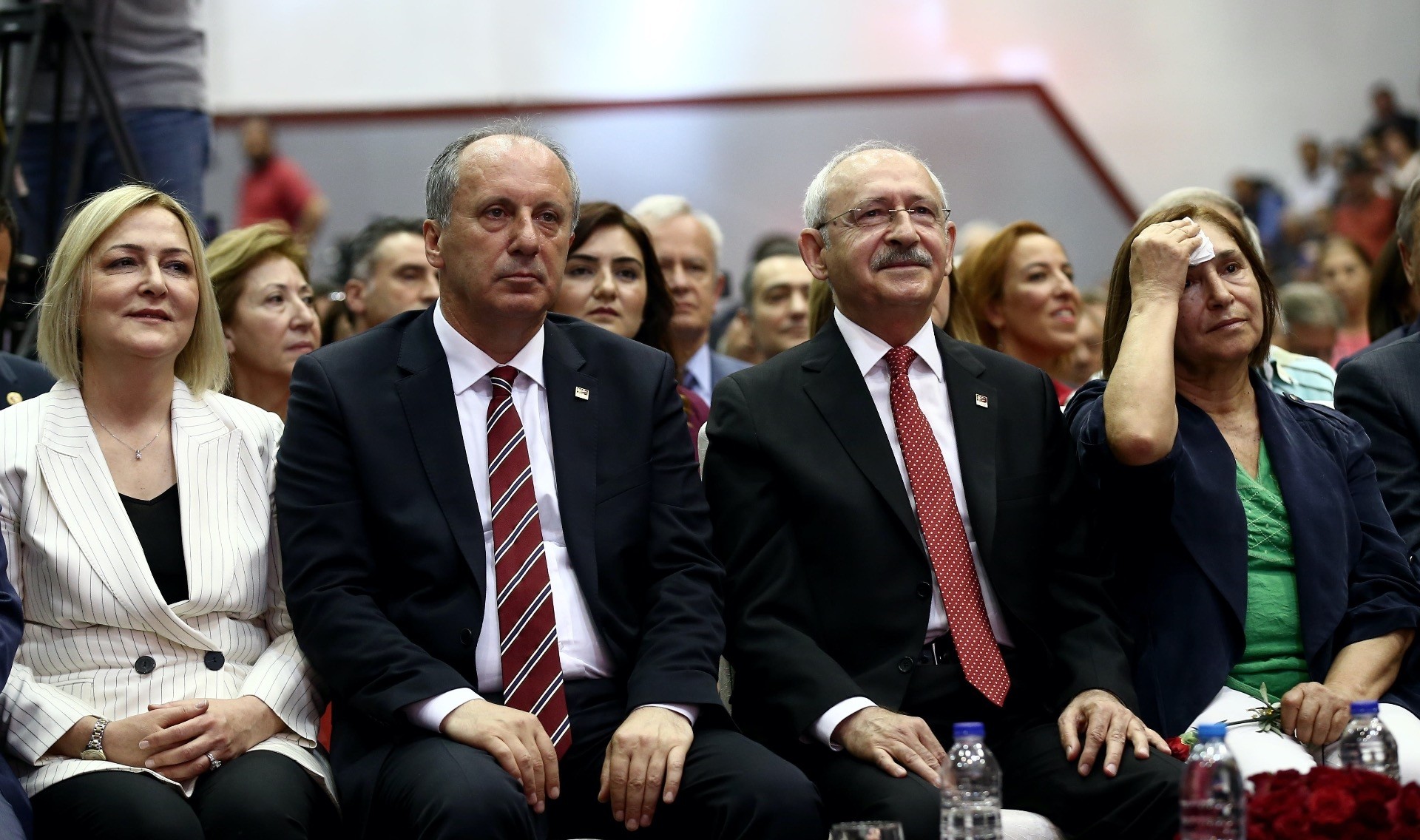 Losing elections one after another, the main opposition party is struggling with intraparty divisions, searching for a solution to the party's failure

As Turkey leaves behind the historic June 24 elections which ushered in a new era of governance from an executive to a presidential system, the main opposition Republican People's Party (CHP) is left facing the aftermath of defeat once again. Political Experts are saying that CHP Chairman Kemal Kılıçdaroğlu must step down after Sunday's loss, if a positive future is possible for the party. Şahin Mengü, a former CHP deputy and a renowned figure within the party, told Daily Sabah that Kılıçdaroğlu should definitely resign. "Kılıçdaroğlu should definitely quit, whether Muharrem İnce should come after him is another question," Mengü said, referring to the CHP's presidential candidate who received 30.6 percent of the votes and came in second against President Recep Tayyip Erdoğan.

On Sunday, the presidential and parliamentary elections saw the People's Alliance, which was formed by the Justice and Development Party (AK Party) and the Nationalist Movement Party (MHP), claim victory with 53.7 percent of the votes and President Recep Tayyip Erdoğan with 52.6 percent. On the other hand, the CHP and the Nation Alliance, which was formed between the CHP, the Good Party (İP), the Felicity Party (SP) and the Democrat Party (DP), garnered 33.9 percent votes. The CHP, as one party, only managed 22.6 percent, which is a lower level of support when compared to previous elections.

Regarding the allegations on İnce's future, including forming a new party, Mengü said, "If İnce establishes a party, his political carrier will be concluded. The members of CHP would never leave their party [to join him] though they have disagreements time to time."

While accepting defeat against Erdoğan, İnce vowed on Monday to further pursue a career in politics as he praised himself with his 30.6 percent vote share.

"Would the İnce who passed the 30 percent threshold after 41 years disappear from politics? Or would he continue?" he asked, referring to the CHP's failure to get more than 30 percent of the vote in any election.

Yesterday, Kılıçdaroğlu held his first press meeting after the defeat without thanking the party's presidential candidate. Kılıçdaroğlu said İnce's performance had remained under the CHP's expectations despite his hard work.

The CHP chairman also said that his party managed to decrease AK Party's votes by seven percent and refused to congratulate Erdoğan while his intra-party rival and presidential candidate İnce phoned Erdoğan after his victory.

Relating to the long-running conflict between Kılıçdaroğlu and İnce, AK Party spokesperson Mahir Ünal stated yesterday that İnce has become the natural leader of the CHP after his success.

"The fact that Mr. Muharrem İnce received a vote well above his own party made the party leadership of Mr. Kemal Kılıçdaroğlu disputed. ...Muharrem İnce, at the end of 40 years, as a presidential candidate who has crossed the 30 percent psychological barrier, is now the CHP's natural leader," Ünal said.

According to Mahmut Övür, a columnist for the Sabah newspaper, İnce will be good for Turkish politics, as well as the CHP, while adding that Kılıçdaroğlu has lost his leadership legitimacy and should step down.

"Kemal Kılıçdaroğlu once again showed that he is not suited to be an effective politician," Övür said and added that the difference in performance between the two intraparty rivals has also been noticed by party members.

"Kemal Kılıçdaroğlu will resist. ...Muharrem İnce's work is hard in changing that. The party will not change only by changing the chairman but he needs to put a political philosophy. He [İnce] gave these clues," he said.

Yesterday, İnce also said he will carry out visits around the country.

"I will go to all 81 provinces, I will go to the provinces that I could not go to during my election campaign and hug and thank all of Turkey as the 'president of all' candidate," he tweeted.

In February 2018, Muharrem İnce lost the chairmanship race and Kemal Kılıçdaroğlu was re-elected as the chairman of the CHP. In total, 790 delegates voted for Kılıçdaroğlu, while İnce received 447 votes. A total of 1,253 delegates out of 1,266 cast their votes.

However, a heated debate about whether İnce could gather enough delegate signatures to be a candidate shadowed the convention. It was claimed that 49 delegates signed both for Kılıçdaroğlu and İnce, which endangered the latter's candidacy.