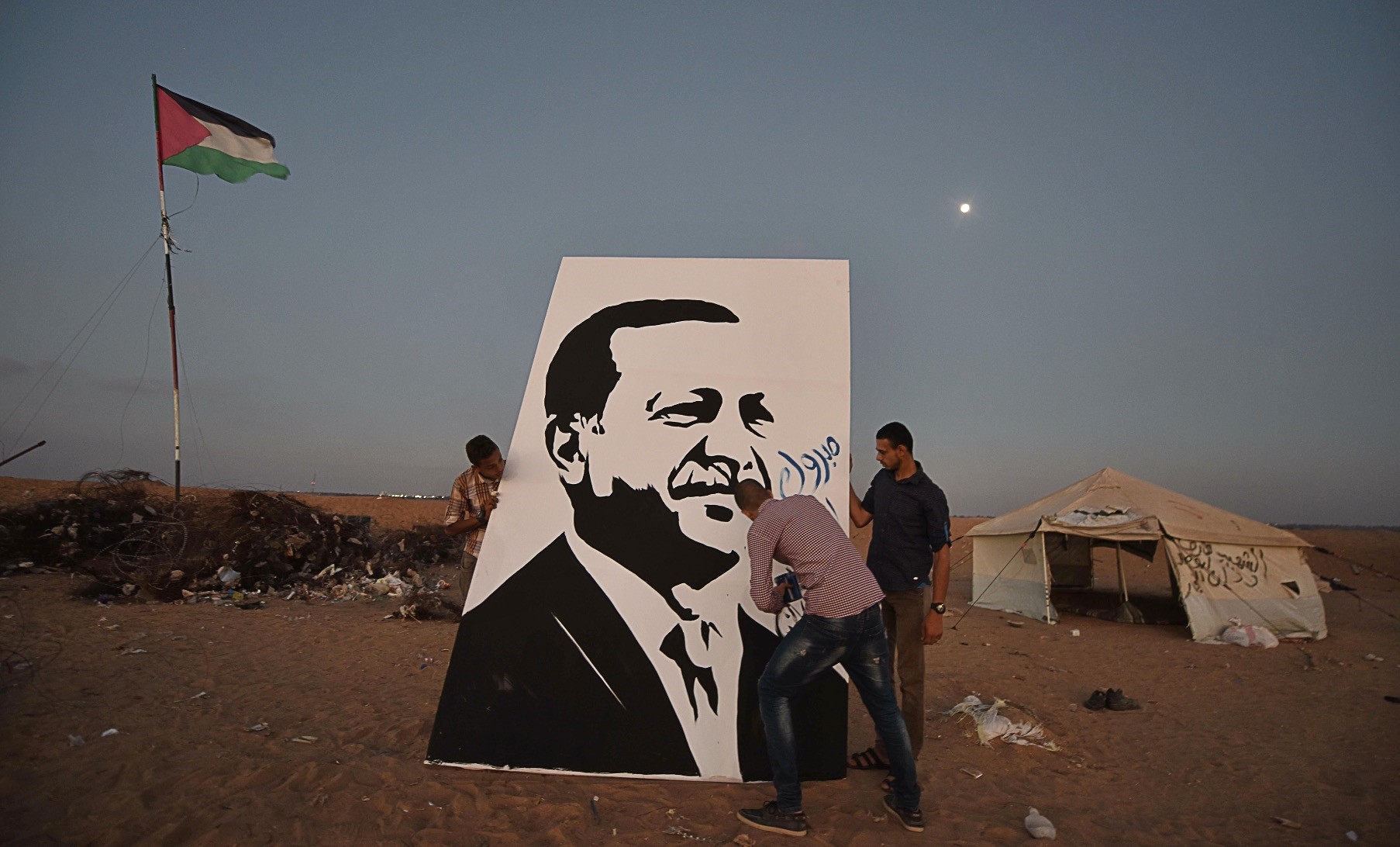 President Recep Tayyip Erdoğan's victory in Sunday's presidential election was celebrated across the blockaded Gaza Strip as they asked him to continue his support for the Palestinian cause.

"We congratulate President Erdoğan, his party and the great Turkish people for this victory," Zakaria al-Shorbaji, 22, a Palestinian man, told Anadolu Agency (AA).

"We ask Erdoğan to continue to provide more support to the Palestinian people and their just cause," he added.

Erdoğan won an absolute majority in Turkey's presidential election on Sunday, according to the country's Supreme Election Council (YSK). With 99.2 percent of votes counted, Erdogan won 52.5 percent of the votes while his major rival Muharrem İnce lagged behind at 30.6 percent.

"We are extremely happy about the victory of Erdoğan and his party," Inas Musabbah, 33, said. She praised the Turkish leader for his struggle for defending the issues of the Muslim world and for his support to the Palestinian people. "We tell the whole world that we support President Erdoğan and we ask him to continue his support for our cause," Musabbah added.

"I personally like his character [Erdoğan] especially as he stands by our side. Erdoğan is a great figure, we love him and I am proud of him because he is a great president," she said.

Eslam al-Amour, 22, was also jubilant on the victory. "We congratulate Erdoğan and the great Turkish people for the electoral victory," he said.

Turkey has been a staunch supporter of the Palestinian people for many years against Israeli aggression. Notably, many Palestinians in Gaza have named their children after the Turkish leader as a way of showing appreciation of his support for the seaside enclave. Recently, Turkey has received a number of Gazans, injured by Israeli army fire during anti-occupation protests, to be treated at Turkish hospitals.