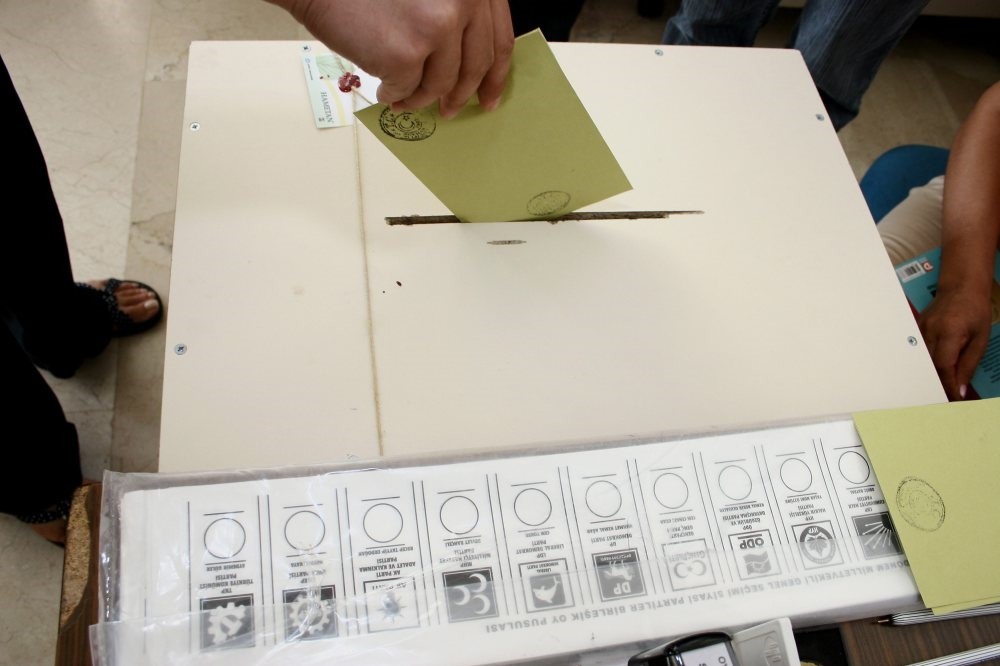 The alliance between the AK Party and the MHP that delivered them a parliamentary majority in the June 24 elections may continue in the upcoming local elections, which, according to experts, could challenge the fragmented opposition in their strongholds

As the Nationalist Movement Party (MHP) and the ruling Justice and Development Party (AK Party) signaled that they will continue to move forward together in the upcoming March 2019 local elections, experts say that the opposition may be challenged in areas where they predominantly gather votes, due to their disintegrated orientation.

The AK Party vice chairman responsible for local administrations, Mehmet Özhaseki, said yesterday that it is possible to continue the cooperation with MHP in the upcoming elections in response to MHP Chairman Devlet Bahçeli's remarks on a possible alliance.

Bahçeli signaled last week the alliance formed with AK Party might be reflected in the upcoming local elections. "We do not desire the gains in the June 24 elections to be lost on March 31," Bahçeli said.

The AK Party and the MHP had decided to form a political alliance in the June 24 elections. As a result, the alliance, named the People's Alliance, won 340 seats in Parliament, 290 by the AK Party and 50 by the MHP, while the main opposition CHP acquired 144 seats.

Mustafa Altunoğlu, an academic at Anadolu University, indicated that the intraparty debates "may lead to low motivation for opposition parties in the preparation for the upcoming elections."

The main opposition Republican People's Party (CHP) has been undergoing a tumultuous period after the June 24 presidential elections. The party acquired 22.6 percent of the votes, a lower level of support compared to the previous elections in 2015, in which the party received 25.3 percent of the

votes. The poor results in the elections caused internal divisions and sparked demands of change. The party was shaken by extraordinary convention debates followed by constant protests by the dissidents.

Meanwhile, the far-right Good Party (İP) has been struggling to recover from their failure in the presidential elections. The party's leader Meral Akşener previously decided to step down in the face of mounting pressure on her. Some party officials persuaded her to continue in the post to prevent a complete unraveling of the party. Recently, the İP party administration asked all of its province heads to resign in order to re-establish the party organization at the local level. "It seems that a possible alliance may take the municipalities of CHP given the total votes of AK Party and MHP. If the People's Alliance considers unique local election behavior of the voters, the alliance can win the municipalities considered as castles of the CHP," said Nebi Miş, a political research director at the Ankara-based think-tank the Foundation for Political, Economic and Social Research (SETA).

As the People's Alliance proven to be successful in June 24 elections, they are seeking to carry the momentum to the local elections.

Meanwhile, on Sept. 2, CHP spokesman Faik Öztrak announced that they will not form any alliance with any party in the upcoming elections contrary to what they did in the last elections, dispelling rumors of a possible alliance with the Peoples' Democratic Party (HDP). However, experts are emphasizing that even though the CHP announced that it will not form an alliance with any party, it may collaborate with HDP unofficially to attract Kurdish votes to compensate for poor results in the previous elections.

Touching upon the turmoil that the opposition parties are undergoing, however, Altunoğlu highlighted that since incumbent CHP Chairman Kemal Kılıçdaroğlu's position as chairman depends on the election results, the CHP may unexpectedly prepare a unique strategy for Istanbul and Ankara. In relation to the same issue, Miş pointed out that there are about 500,000 Kurdish voters in Istanbul, if the CHP collaborates with the HDP in Istanbul where the gap between the CHP and the AK Party almost closed, it may challenge the People's Alliance in the city.

"The alliance between the AK Party and the MHP will be advantageous on both sites. The AK Party-MHP alliance may especially have a great advantage in central Anatolia, Marmara and the Black Sea. The AK Party will definitely strengthen its hand in Ankara with the support of the MHP," Altunoğlu said.