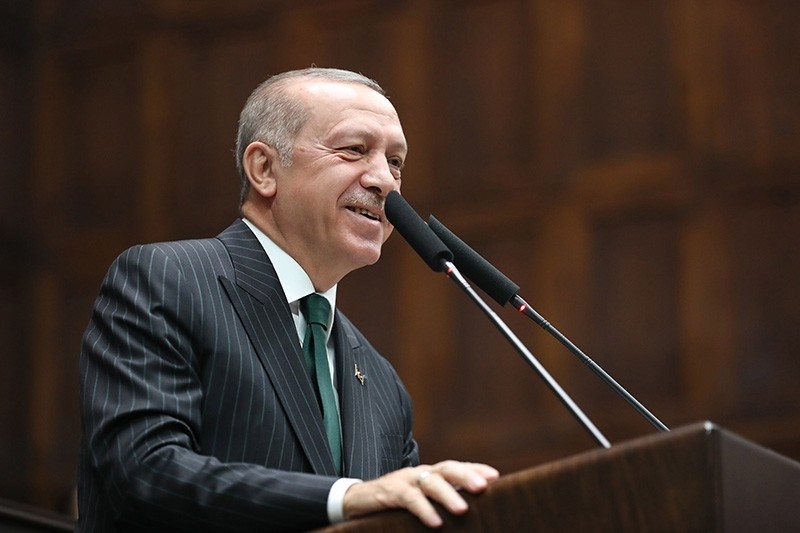 The ruling Justice and Development Party (AK Party) will announce 20 more mayoral candidates on Tuesday for the upcoming local elections.

President Recep Tayyip Erdoğan, AK Party's chairman, is expected to announce the names of the candidates for 10 metropolitan municipalities and 10 provincial municipalities during his address to fellow lawmakers at the party's weekly group meeting in Parliament.

On Saturday, Erdoğan announced the names of mayoral candidates for 40 provinces. Yet, the candidates for the country's largest three provinces were not revealed. The AK Party chairman is expected to announce the name of candidates for western İzmir province, which is a stronghold of the main opposition Republican People's Party (CHP), and the capital Ankara.

The candidate for Istanbul, however, will not be announced Tuesday.

Parliament Speaker Binali Yıldırım has been weighed as the most probable figure to run for mayor in Istanbul in the local elections which are scheduled for March 31, 2019.

The Nationalist Movement Party (MHP) Chairman Devlet Bahçeli announced over the weekend that his party will support the candidates of the AK Party in the three biggest provinces of the country in the upcoming municipal elections.

Considering the election results from the past two municipal elections held in 2009 and 2014, the ruling party is expected to likely win again in Istanbul and Ankara, and pose a major threat in the opposition stronghold western İzmir province.

The ruling AK Party has welcomed the MHP's decision.

"I'd like to thank Mr. Bahçeli for expressing his commitment to the People's Alliance once again today and for his decision to support the AK Party in the three metropolises," President Erdoğan told AK Party executives, candidates and supporters on Saturday in Istanbul, where the party also announced their mayoral candidates for 40 provinces.