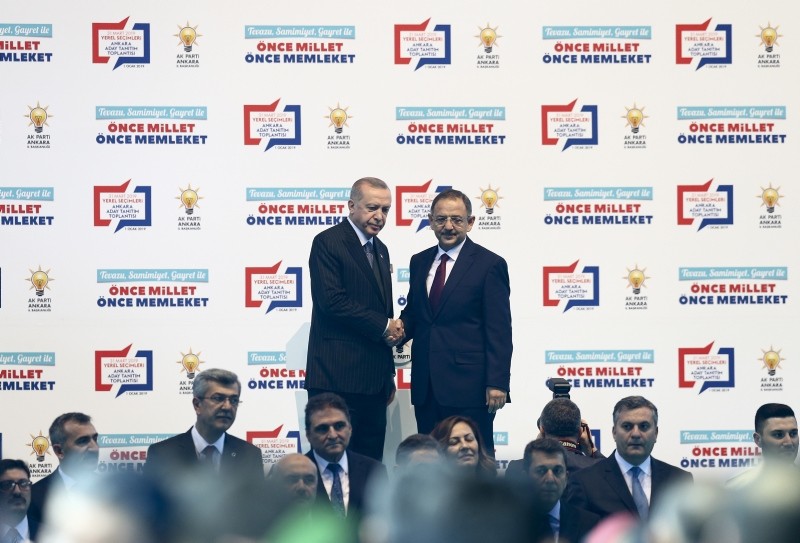 As the countdown for Turkey's local government polls -- set to be held on March 31 -- began on Tuesday, President Recep Tayyip Erdoğan announced names of mayoral candidates for 22 districts of capital Ankara.

According to Erdoğan's statement, Mehmet Özhaseki, its deputy chairman, the former mayor of Kayseri and a former environment and urbanization minister, has been nominated for mayor of capital Ankara in the upcoming election.

In a meeting held in Ankara, The President, who is also chairman of the ruling Justice and Development Party (AK Party), said his party would support opposition Nationalist Movement Party's (MHP) candidates in three districts of the city.

Party and MHP are expected to support each other's candidates in some districts and provinces, while the main opposition Republican People's Party (CHP) and the Good (IYI) Party are expected to make same arrangement.

The CHP, meanwhile, has nominated Mansur Yavaş as their Ankara mayoral candidate.

Along with metropolitan, provincial and district mayors, voters will also elect municipal council members in cities and -- in rural areas -- muhtars and members of elder councils.

The last local elections were held in March 30, 2014, which saw the AK Party clinch more than 45.5 percent of the vote.