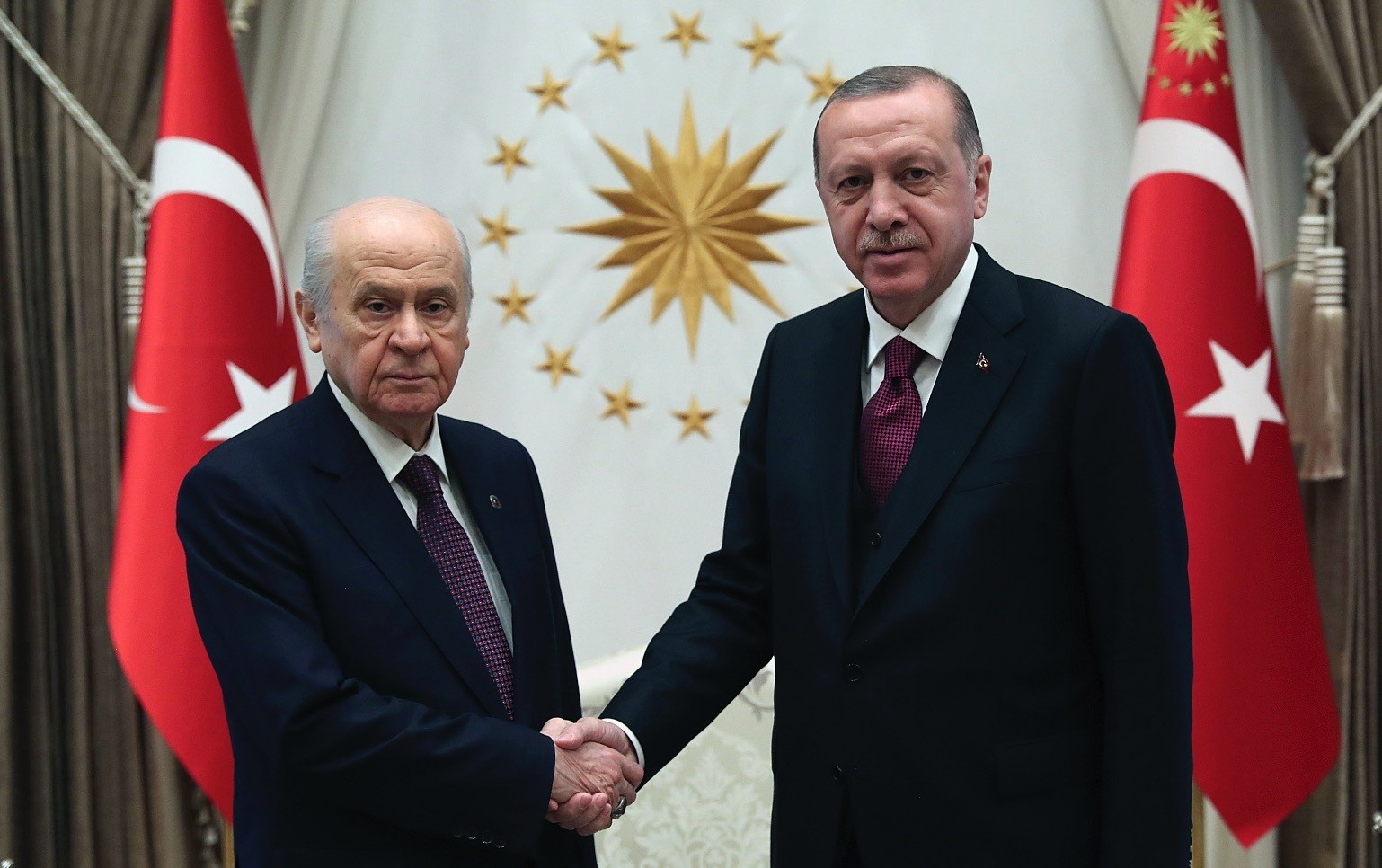 The AK Party & MHP formed the Peopleu2019s Alliance ahead of June 24 elections. The alliance received a majority in Parliament, while their presidential candidate, incumbent President Recep Tayyip Erdou011fan, also won the election by 52.6 pct of the votes.
by Mustafa Kırıkçıoğlu Jan 02, 2019 12:00 am

The possible impact of the alliance between the ruling Justice and Development Party (AK Party) and the Nationalist Movement Party (MHP) on Kurdish votes have been one of the most speculated-upon issues in Turkish politics regarding the local elections slated for March 31 since it has been suspected that the nationalist nature of the latter party might cause the alliance to lose the support of some Kurdish-origin voters. However, according to the experts, the previous two elections have proved the alliance's strength against such challenges, as Kurds have continued their backing for the AK Party as usual.

The questions about the Kurdish vote, which is mostly shared by the AK Party and the Peoples' Democratic Party (HDP) in the elections held in the last 15 years, firstly surfaced after MHP leader Devlet Bahçeli announced the party's intention to support the transition to a new executive presidential system in January 2017. The political draft was approved by the public in a referendum held in April 16, 2017, and there was no indication that the Kurds would pull their support from the AK Party. It was also first sign of the formation of an election bloc between the two parties, and proved that the opinions suggesting that standing with the MHP could cost the AK Party Kurdish votes were wrong.

"These claims were tested two times before: in the April 2017 referendum and June 24 parliamentary and presidential elections, and had turned out to be false. Our research shows that there are no signs of a withdrawal of Kurdish votes from the People's Alliance in next election too," İhsan Aktaş, head of GENAR polling company, told Daily Sabah. The two parties decided to carry momentum of the April 16 referendum forward and formed People's Alliance ahead of the June 24 elections. The alliance received a majority in Parliament, while their presidential candidate, the incumbent President Recep Tayyip Erdoğan, also won the election by 52.6 percent of the votes.

Ömer Baykal, an assistant professor studying Turkish political history, emphasized that the MHP had been known as a "party of the state," which represents the official paradigm, but has transformed into a structure that is more harmonized with the people.

"Evaluating the MHP with old rhetoric would lead us to the wrong analyses. The party was representing a strict secular-nationalist ideology of state, but things are changed now," he told Daily Sabah.

Trustees have no effect on elections

The appointment of trustees in HDP-linked municipalities in southeastern Turkey has been another issue that was thought might effect the choices of Kurdish voters.

PKK terrorists had embraced a strategy to carry its war against the state from the mountains to the cities in the southeast by exploiting the cease-fire period between 2012 and 2015. After successful counterterrorism operations, the PKK terrorists were ejected from cities. But the government had strong evidence that some HDP-linked municipalities provide funding and support for the PKK's activities. Eventually, the state appointed trustees in the elected administrations of nearly 100 municipalities due to their cooperation with the PKK. The trustees, mostly bureaucrats who serve as district governors in the region, have been lauded by the public for the numerous positive changes they have brought to the towns and cities. Long-neglected infrastructure was completely renewed, new roads and social facilities were built while green spaces were increased. Municipalities' debts to local businesses were paid while schools, public buildings and other places damaged in terror attacks underwent renovation.

March 31 will be first local elections after the appointment of trustees. Now, most people are wondering how the state's action regarding trustees will affect people's choices in the elections.

"The appointment of trustees can be seen continuation of the reconciliation period between 2012-2015, and after the ejection of the PKK, when people in the region had started to receive proper services. However, the AK Party should not wait for an immediate effect of it on the people's political choices," Baykal said.

Like Baykal, Aktaş said that the positive services delivered by the trustees would not mean an increase in the AK Party's votes as they have not been politicizing their actions as public servants. "AK Party organizations need to work hard to gain people's votes in the southeast at the ballot boxes," Aktaş said.