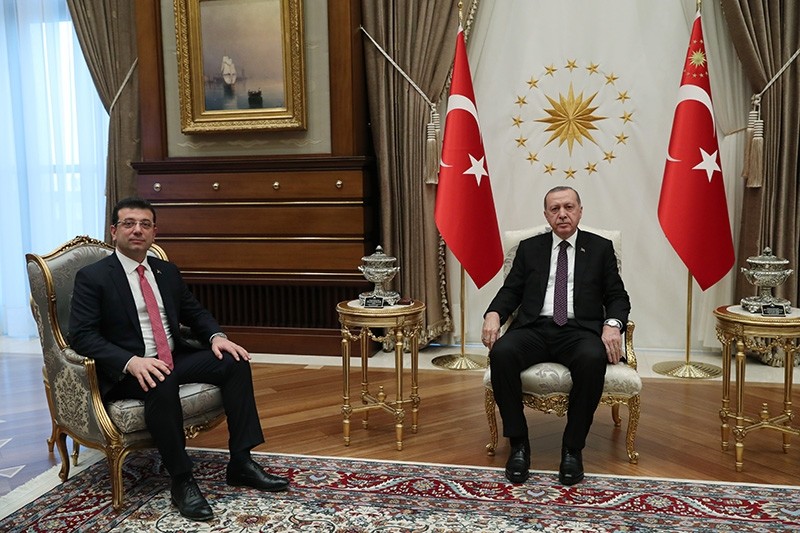 "It was a pleasant chat in which we certainly talked about Istanbul and I listened to his experiences, suggestions and advice. In my opinion, he told precious anecdotes," Ekrem Imamoğlu said after the meeting.

"Our aim is to start an impeccable period with minimum mistake. In this sense, it has been a beneficial and pleasant meeting. I thank Mr. President for providing this opportunity," he added.

Imamoğlu said he has been visiting the previous metropolitan mayors that have served in Istanbul and his meeting with Erdoğan was arranged in this context.

Imamoğlu added that they talked about their wish for a fair, respectful and civilized election environment.

He also spoke over the phone with Binali Yıldırım, parliament speaker and the ruling Justice and Development Party (AK Party)'s mayoral candidate for Istanbul in local elections set for March 31.

He said he plans to visit CHP Chairman Kemal Kılıçdaroğlu and Deniz Baykal, former chairman of the party.

The Istanbul mayor's office is an important post, as the metropolis includes nearly one in five of Turkey's population.