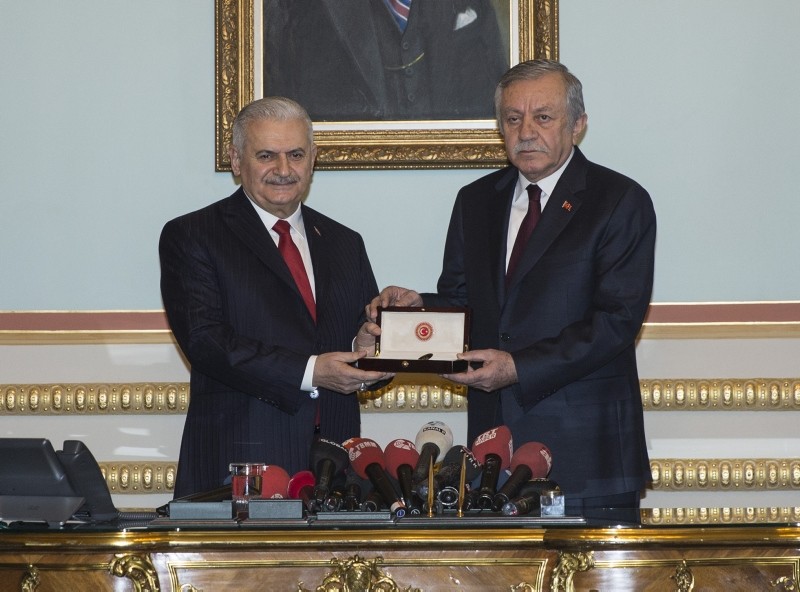 Parliament bylaw now requires parties to elect their candidates for the post and notify the Presidency Council within five days of the convention of the general assembly. Parliament will then elect a new speaker a day after the nomination deadline. Accordingly, the new Parliament speaker will be elected Sunday, Feb. 24.

After resigning on Monday, Yıldırım officially yielded his post to The Nationalist Movement Party (MHP) Deputy Chairman Celal Adan, the oldest among the deputies, who will hold the post until election day.

"Over the last seven months, I tried hard to work in a harmony with all groups with the principle of less controversy and more consensus, which was based on reconciliation. I have peace of mind as I leave the office today," Yıldırım told reporters at the parliament during the handover ceremony.

He said that the Turkish parliament will continue to step up under the new presidential government system, adopted in an April 2017 referendum.

Media reports claimed AK Party Group Deputy Chairman Naci Bostancı may be the party's frontrunner for the post. MHP Chairman Devlet Bahçeli earlier announced that his party would not be present a candidate, but instead back the AK Party candidate.

After months of consultations, Yıldırım's candidacy for Istanbul mayor's office was announced by President Recep Tayyip Erdoğan on Dec. 29. He has long been regarded as the most prominent name for Istanbul, a city where the party that wins the elections is considered as having won majority across Turkey, as he was able to gather public support and appreciation.

Yıldırım became Turkey's last prime minister in May 2016, before the April 16 constitutional referendum in 2017 envisaged a new executive presidential system and abolished the prime minister's office.