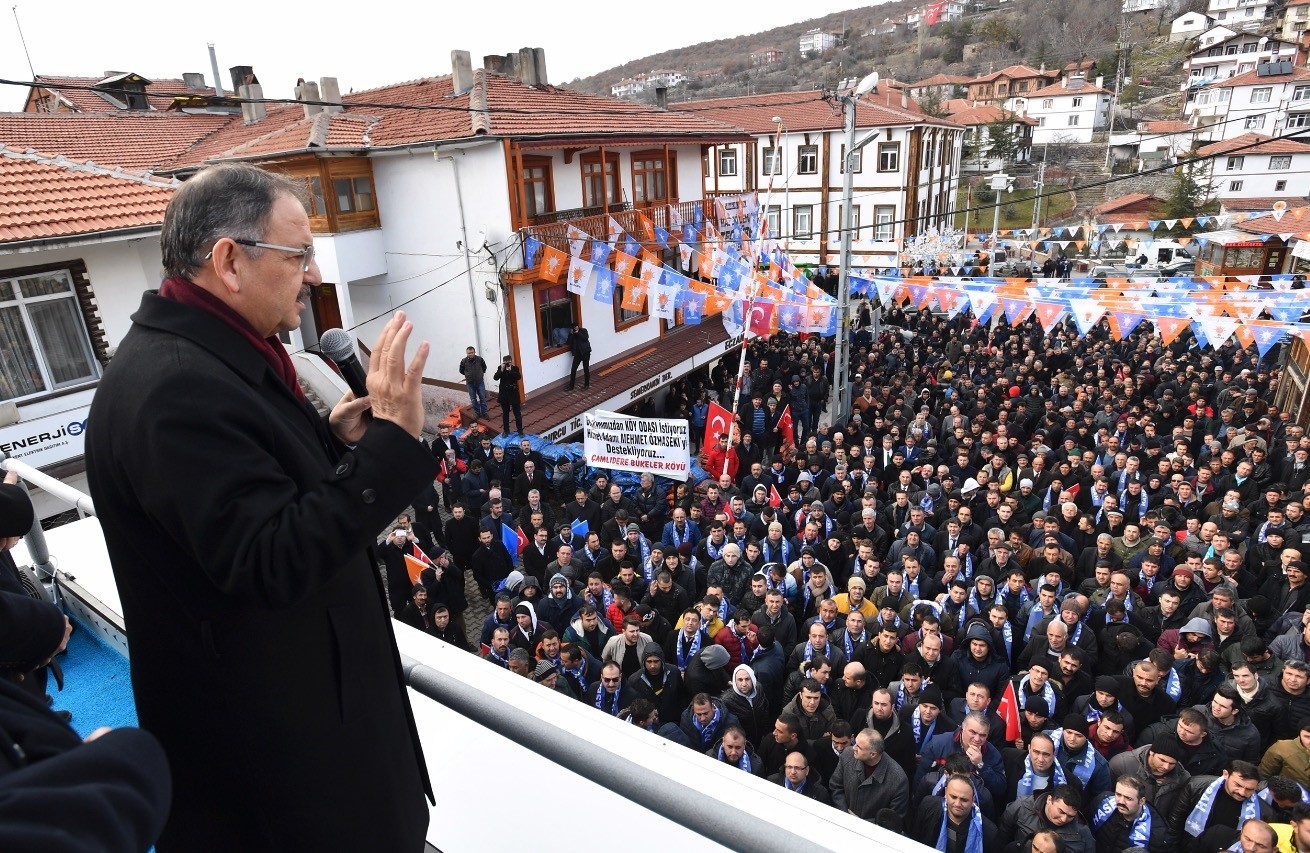 Thousands of immigrants from diverse backgrounds will go to the ballot boxes in Turkey on March 31 to give their say on who will run the local administrations of the country's 81 provinces. In the capital Ankara, voters say they are looking at who has the most environment friendly policies and culturally diverse projects

Foreign-born voters have been one of the most heated issues in Turkish politics, especially since Syrian refugees started flocking to Turkey in 2012 after the civil war broke out in the country's southern neighborhood. The nearly 4 million-strong Syrian population has become a political tool for some opposition politicians who assert that the ruling party may use these refugees to boost its votes by granting them citizenship, fueling the fears of their nationalist electorates. However, the facts on the foreign-origin electorate show otherwise.

Only about 50,000 Syrians out of 4 million are eligible to vote, and this number is just a small percentage of hundreds of thousands of Turkish voters who were born in another country and now live in Turkey, especially in the country's holiday resorts and metropolises.

Strolling in a park with her mother and little boy near Kızılay, one of Ankara's main squares, Alexandra is easily recognizable with her blonde hair and distinguishing facial features as one of those foreigners. She is a Moldavian-origin citizen living in Ankara, and she said that she would cast her vote in the upcoming elections. What she expects is more cultural activities and educational projects, instead of "wasting money for redundant city gates. 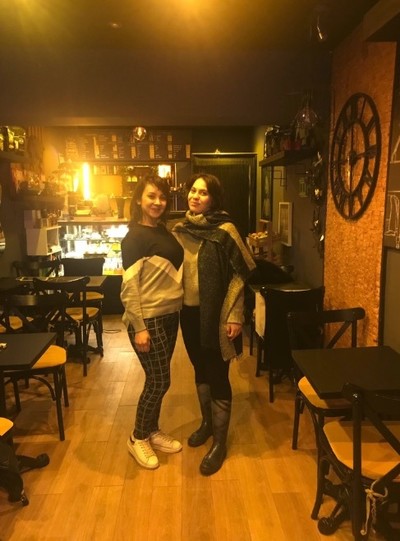 "Compared to my homeland, Turkey is a huge country, but there are fewer culture and art activities. Also, I expect more courses for foreigners," she said.

Having flourished with bureaucracy after becoming the capital in 1923 with the foundation of the Turkish Republic, Ankara is often labeled as an uninspired city, especially for those who come from the country's cultural capital Istanbul or from cozy provinces such as İzmir. Aware of that fact, mayoral candidates from both sides give weight to culture and art projects in their election promises.

Mehmet Özhaseki, the ruling Justice and Development Party (AK Party) candidate presented the Culture Road concept, which he called his most exciting project. The road consists of one short and one long route. While the 8-kilometer short route will start from Ankara Castle and end at the July 15 Martyrs Monument, passing by 382 monuments, the 12-kilometer "long route" will start from Ankara Castle's Akkale bastion, the first settlement in the city, and end at Atakule, one of the capital's iconic shopping mall. The long road will pass along 411 monuments. He is also considering organizing Museum Days if elected, in which entrance will be free and other services such as transportation and guided tours will be covered by the municipality in a bid to increase the number of visitors to the 72 museums in the city. Opposition Republican People's Party (CHP) candidate Mansur Yavaş seeks to boost cultural life and tourism by reviving the historical Silk Road. He aims to create a route starting from Istanbul and passing by the historical Göynük, Taraklı, Mudurnu and Nallıhan districts. Investing in Ankara's thermal potential is also among Yavaş's tourism projects.

For upper-class residents, the lack of green areas is generally regarded as another vital problem where residents spend their free time in massive shopping malls. Immigrants highlighted the same problem as well, demanding more projects to increase green areas.

"I would like to see a little more attention to the environment. We have very few green areas in this city," Jade Staff, 30, a Canadian-born Turkish citizen teaching English in Ankara told Daily Sabah. 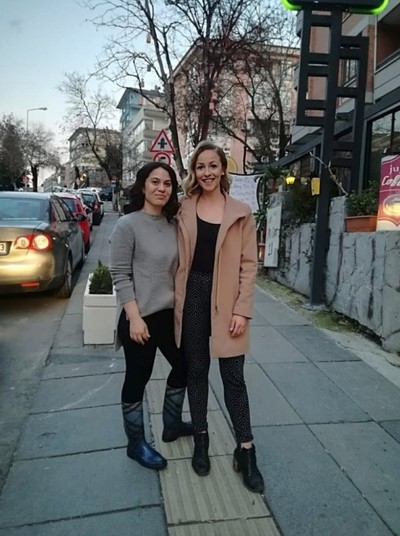 Similarly to his competitor, Yavaş also aims to increase areas where "children can get rid of their mobile phones and stroll around." He also draws attention to the need for clean energy, saying that exhaust gasses are 10 times more harmful than a cigarette. Rüya Mammadova, 35, a manager of her own café, from Azerbaijan, also expressed her desire for more green areas. Despite her dissatisfaction over unfulfilled promises in recent elections, especially from the Çankaya district municipality, and she still hopes the new mayor creates more space for people, "especially for children and elderly people who are squeezed between apartment blocks."

While many immigrants are drawing attention to the need for more cultural activities and green areas, some are focusing on more practical issues such as transportation.

Living in Ankara for 20 years, Marina Yücel, a Moscow-based storeowner selling wedding dresses, complained of expensive transportation and an insufficient number of buses. 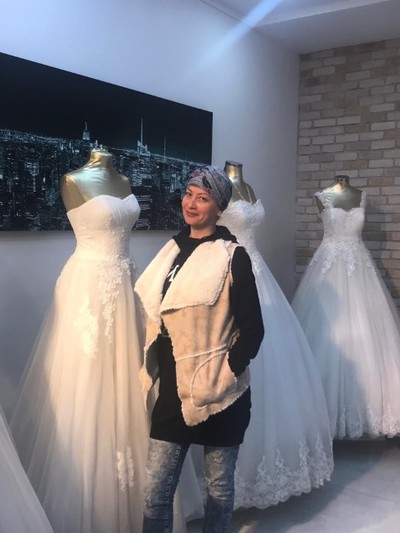 Former Ankara municipal mogul, Melih Gökçek, who administered the province from 1994 to 2017, had been criticized by many inhabitants due to the lack of investments in the city's metro infrastructure. Current mayoral candidates, though, emphasize transportation.

Özhaseki plans to build a metro line between the city center and Ankara's Esenboğa airport, which is seen as a necessity by many residents of Ankara as well as tourists. Yavaş also pledges to construct a 58-kilometer long new metro line if elected.

Like Yücel, working people also complain about transportation, especially rising fares. "All of the prices have gone up in the last year including transportation. In addition, there is parking issues all over the city that need attention to," she asserted.

Yet, some immigrants draw attention to some slight improvements in transportation in recent years.

"With new metro lines, such as Çayyolu, I can say the city's transportation will take a significant leap," Alexandra said.