Erdoğan denounces CHP for its cooperation with pro-PKK HDP 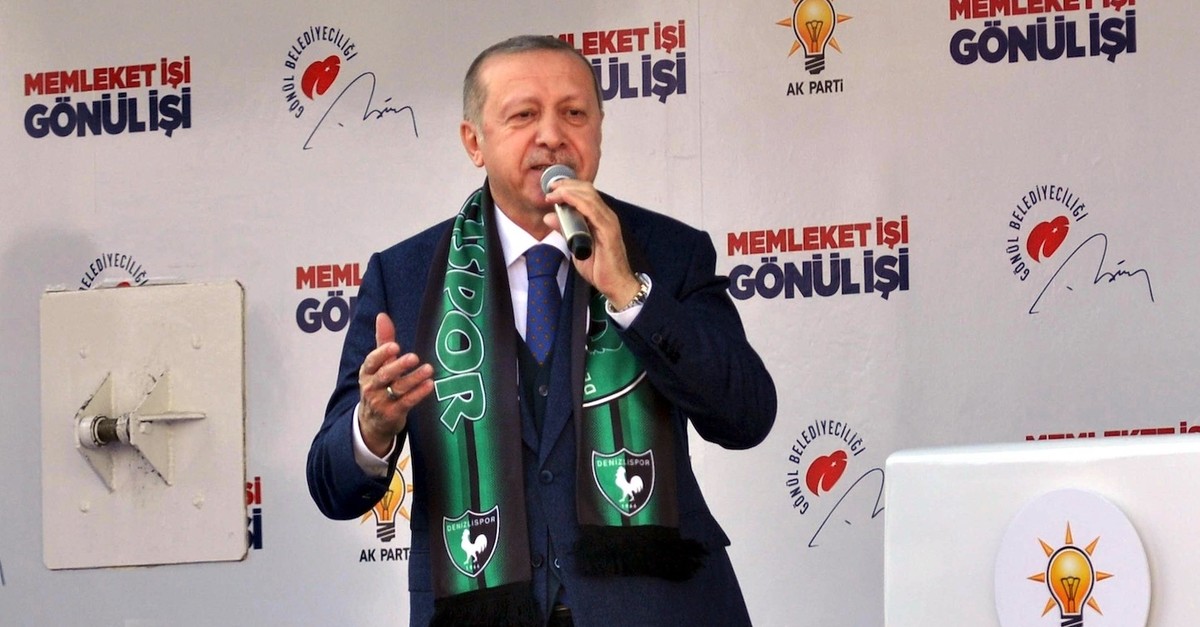 Justice and Development Party (AK Party) head and President Recep Tayyip Erdoğan criticized the rapprochement between the opposition Republican People's Party (CHP) and the pro-PKK Peoples' Democratic Party (HDP), which has become more evident as the local elections approach. "It is sad to see the main opposition party in such a situation," Erdoğan said during a rally in southwestern Denizli province, implying that it is quite a low point in cooperation with a party that has links to a terrorist organization that caused has major damage to the country for decades. "They are able to cooperate with anyone who is against the AK Party," he added, underlining that with only 38 days left until the local elections, the opposition party is not hesitating to do whatever it takes to gain an advantage over the AK Party.

Underlining the significance of local elections, Erdoğan said that it is the future of the country that people will vote for, and not just for mayoral candidates.

The HDP announced previously that it would not nominate mayoral candidates in seven major municipalities, including Istanbul, İzmir and Ankara, in the upcoming municipal elections. The decision raised questions about a possible secret alliance between the CHP and the HDP; both parties refuted such claims.

The Turkish government has long accused the HDP of close links with the PKK. The HDP is known for its support of autonomy in regions where large Kurdish populations live. Some of its members have also been charged or accused of having links to the PKK terrorist organization. Its former co-leader, Selahattin Demirtaş, was arrested in November 2016 over terrorist propaganda. Many of its members have often voiced overt support to the PKK.

Last week, a former HDP deputy threatened Turkey with terrorist attacks to be perpetuated by the PKK. "We were never helpless because there is the PKK. The PKK will not end. The PKK has sounded the death knell of the fascists, and you shall wait for your turn," Nadir Yıldırım, former HDP deputy in eastern Turkey's Van province said last week on his official social media account. An investigation was launched into Yıldırım for his tweets with the accusation of spreading terrorist propaganda.

Mentioning the recently established direct sale points, Erdoğan said that the lines forming in front of the points are lines of wealth, not lines of scarcity.

"We are teaching a lesson to opportunists through these points, by enabling our people to buy products for cheaper prices," the president emphasized.

Food prices in Turkey recently spiked due to a major decrease in supply emanating from seasonal conditions, increasing costs and price speculation by wholesale distributors.

To counter price disruptions, the Turkish government, with the help of local municipalities, launched direct sale points in Ankara and Istanbul. The shops, 51 venues in Istanbul and 15 locations in Ankara, offer the most-consumed vegetables, such as tomatoes, onions, potatoes and eggplant, at affordable prices.