No achievements for CHP municipalities despite holding office for years, Erdoğan says 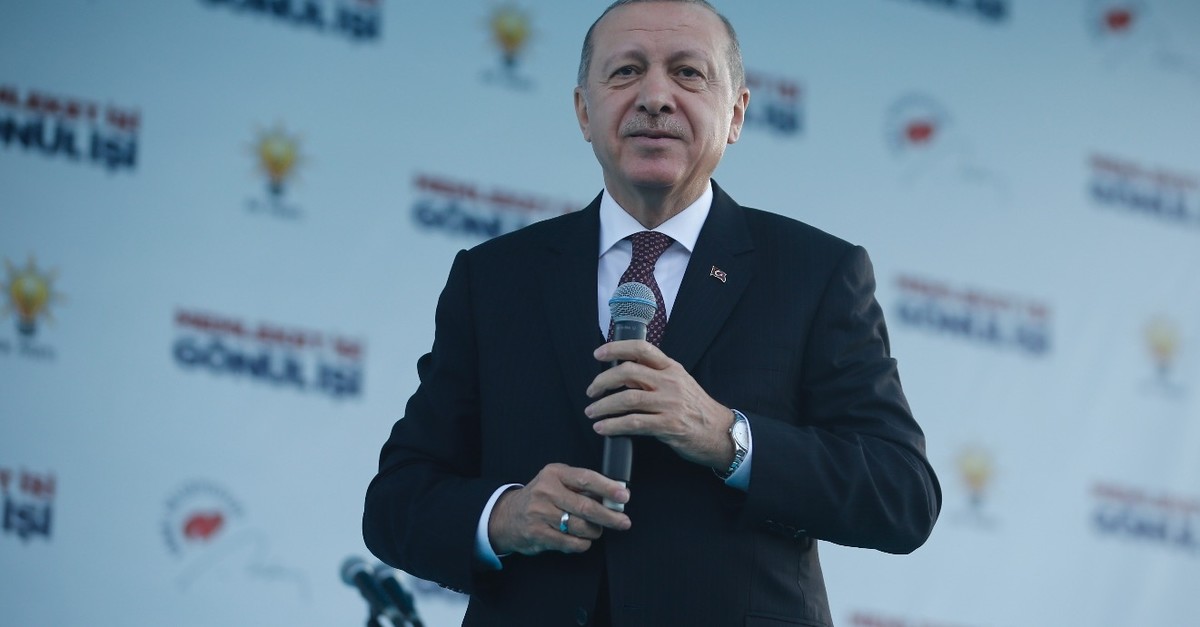 President Recep Tayyip Erdoğan criticized the municipality work of the main opposition Republican People's Party (CHP) on Friday, questioning if they have managed to achieve anything in all the years they have been holding the position.

"For years the CHP mentality has governed the Muğla municipality. What have they achieved?" Erdoğan asked during a rally for local elections in the southwestern Muğla province.

"Bodrum [a district of Muğla] has been suffering from floods. There is no infrastructure at all," the president underlined as an example of the failure of CHP municipalities.

Muğla is known to be a CHP stronghold. In 2014 local elections, the CHP got almost 50 percent of the votes and won the province's municipality.

With only 37 days left until the polls, Erdoğan urged locals of Muğla to teach the CHP a lesson on the election day.

Mentioning the work of the Justice and Development Party (AK Party) government in the province, Erdoğan said that they have built a total of 33 facilities, including Muğla State Hospital which has the capacity for 500 patients.

He also reminded the audience that although providing drinking water is normally the duty of the municipalities, the CHP municipality did not do anything about it and AK Party has taken on the burden of the issue and is launching the Sandras drinking water project which will fulfill the water needs of the province until 2050. He added that they will bring natural gas to Milas, another district of Muğla.

Erdoğan also criticized CHP chairman Kemal Kılıçdaroğlu for insisting on keeping his position despite failing in so many elections.

"He has been stuck to the chair," Erdoğan said, "No politician anywhere around the world would stay at that position after so many failures."

After the defeat, Kılıçdaroğlu, who lost an election for the ninth time in his political career, was expected to resign. Yet, he insisted on keeping his position.

He also underlined that the alliance with the Nationalist Movement Party (MHP) will continue as long as people want it to.

The People's Alliance between the MHP and the AK Party was formed ahead of the June 24 parliamentary and presidential elections. The alliance received a majority in Parliament, while their presidential candidate, Erdoğan, also won the election by 52.6 percent of the vote.

Since both parties consider the results of the June 24 elections as successful, they now seek to continue their alliance in the local elections.