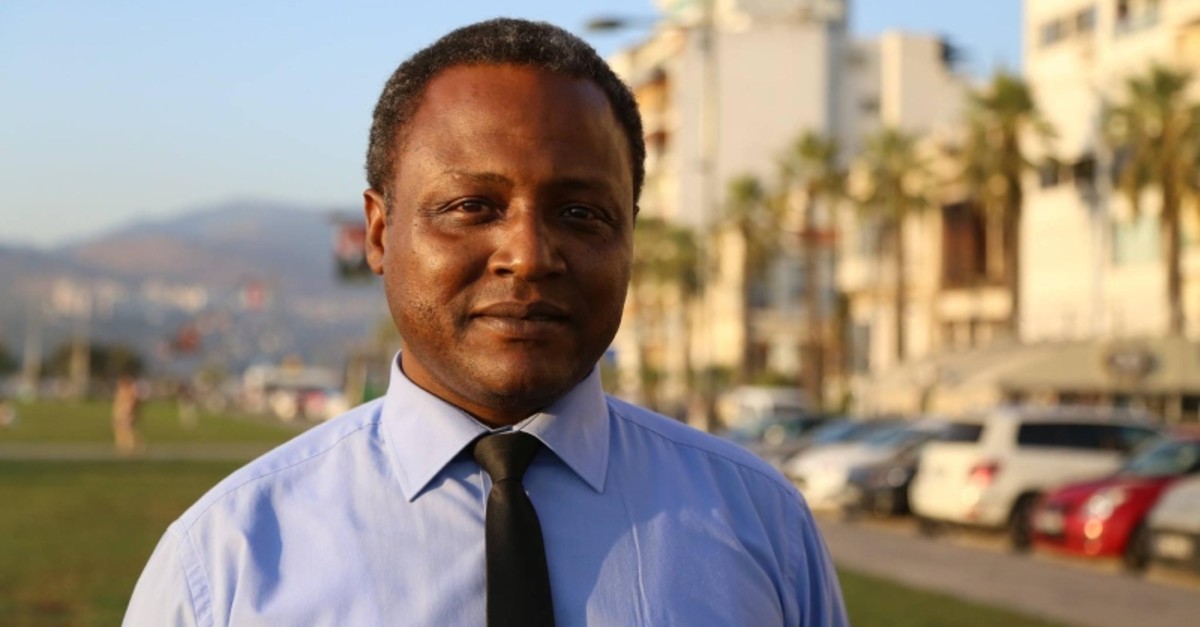 A businessman with Sudanese roots and deep connections to Turkey's Aegean region is running for mayor in western Turkey, aiming to become the first person with African roots to be elected to the office.

Mesut Mercan, 47, will become the country's first black mayor if he wins the March 31 local elections.

Speaking to Anadolu Agency, he said his ancestors from Sudan's Dinka tribe came to Turkey 400 years ago.

Mercan says he was born in Libya's Tripoli, where his father was working. He was modeling and playing football in an amateur league before he started a trade. He currently lives with his large family in Izmir.

A candidate for the Selçuk district of the Aegean province of Izmir, Mercan said he would like to strengthen ties between African and Turkish people.

"Africa comprises 56 nations and 2 billion people. I would like to make the most of this opportunity for Selçuk," said Mercan, who is representing the center-right Democratic Party (DP).

His other projects include festivals – including the Afro-Turkish's community spring celebration the "Dana Bayramı" (Calf Festival) – paving bicycle roads and waste sorting and recycling.

He emphasized that his ancestors have left their mark in Izmir and he wants to join their legacy.

Mercan is dubbed in the local media as Selçuk's Obama -- referring to the United States' 44th President Barack Obama.

He says his color is indeed an advantage in the elections. "If I'm elected the whole world will turn their eyes to Izmir, to Selçuk. It is the first time a black person and a Turkish nationalist is running for mayor in Turkey, now think if I'm elected mayor."

Mercan says his family once lived in Selçuk and he still has relatives in the district.

Selçuk district is home to the ruins of the ancient city of Ephesus, which welcomes hundreds of thousands of tourists every year. The House of Virgin Mary, located in walking distance to Ephesus, is regarded among the most prominent pilgrimage sites in Christianity. The town center itself also includes important landmarks such as the Basilica of St. John, Ayasuluk Fortress and Isa Bey Mosque, while the nearby village of Şirince is very popular among domestic tourists. The district lies on the highway connecting Izmir and southern Aegean provinces of Aydın and Muğla, home to various resort towns, in addition to convenient air and rail connections.

Western Turkey's fertile Izmir, Aydın and Muğla provinces are home to a significant African-Turkish community although their exact numbers are unknown. Arriving in Anatolia as mercenaries, agricultural workers or slaves, the roots of Afro-Turks can be traced back to 15th century. They have mainly assimilated into the Turkish-Muslim community, but a couple of villages with predominant African-Turkish populations still exist in the valleys of Büyük Menderes (Meander) and Küçük Menderes (Cayster) rivers. Smaller numbers of Afro-Turks also live in southern Adana and Antalya provinces.