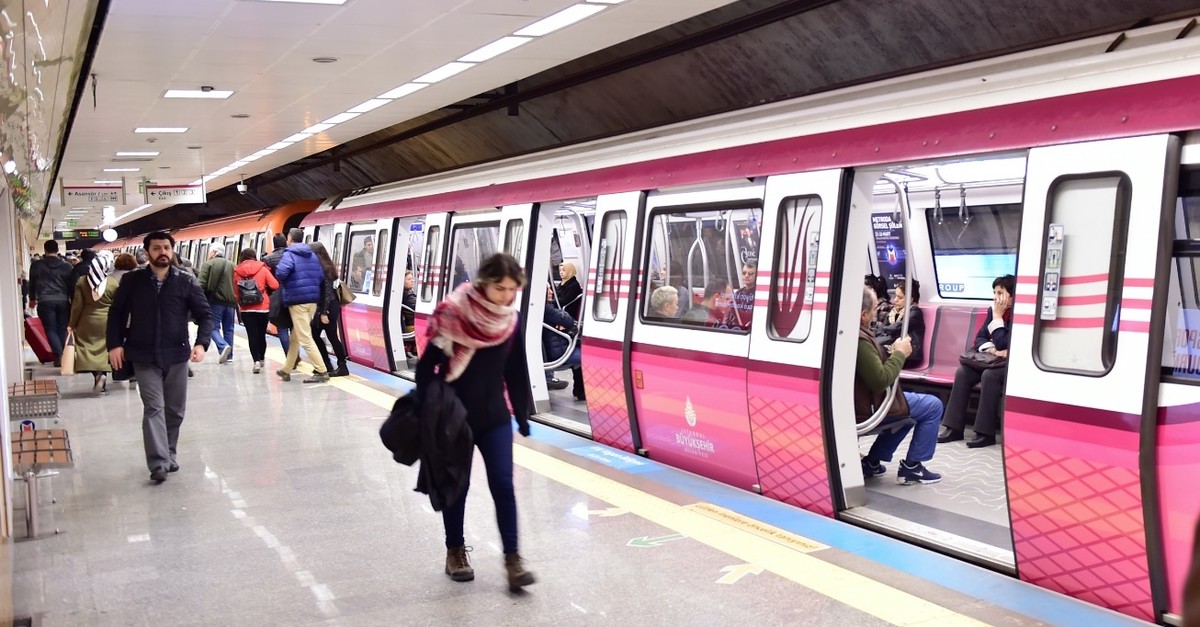 The Istanbul mayoral candidate of the Justice and Development Party (AK Party) Binali Yıldırım has promised local people of the province that they will have round the clock transportation services if he is elected in the local elections. Yıldırım's promise came as a response to the demands of locals who launched a petition on Change.org to have nonstop transport service in the city. The aim of the campaign was to come up with a solution to the traffic problem of the city especially during the night. The campaign, which was supported by the youth mostly, quickly gained momentum and received signatures from more than 30,000 people.

The campaigners asked mayoral candidates of Istanbul to give their word to them regarding the issue, emphasizing that Istanbul deserves such transportation services.

"Istanbul's population has been quickly increasing in numbers. In the meantime, the usage of transportation in the city has also been increasing in accordance with it. As one of the largest metropolitan cities in the world, the fact that transportation is not 24/7 is a big problem for the locals," said the statement of the campaigners.

Yıldırım quickly responded to the demand and revealed that as part of the vision of "non-stop transportation" in Istanbul, the transportation service in the city will be available 24 hours during his mayorship if he is elected. At times when the subways are not in service, other vehicles belonging to the Istanbul Metropolitan Municipality will be active at certain points for the whole night, according to Yıldırım's vision.

With more people, over 15 million, and more motor vehicles, more than 4.1 million, than any other city in Turkey, Istanbul has one of the worst traffic problems in the world. However, thanks to preventative measures and recent projects by the municipality, the city has seen a 17 percent drop in traffic jams. The issue also became one of the center points of Yıldırım's election campaign as he previously pledged to alleviate traffic jams and develop public transportation to solve the problem, which he regards as the most vital problem in the city. "The most important problem is the inadequacy of the public transportation system. In Istanbul, a person will be able to access a subway station with a maximum walk of 750 meters from their home," he said last month.

Pointing out that the current subway line and the city's iconic 50-kilometer bus rapid transit (BRT) route, called the Metrobüs, only covers 18 percent of Istanbul, Yıldırım said that their aim is to increase this figure to 48 percent.

Yıldırım stressed that they also plan to connect the newly opened Istanbul Airport, the biggest airport in the world, and the city center with a subway line. He said that having served as minister of Transport, Maritime and Communication for more than 11 years, this will be a piece of cake for him. Many Istanbul residents use subways for transportation, with over 715 million passengers using the rail system for commuting. Istanbul, which had 8.5 kilometers of subway line in 2000, currently has a 170-kilometer subway line, with the construction for a 156-kilometer line continuing. However, the metro line still does not provide access to some districts in Istanbul and the waiting periods between stations on certain lines is a problem.