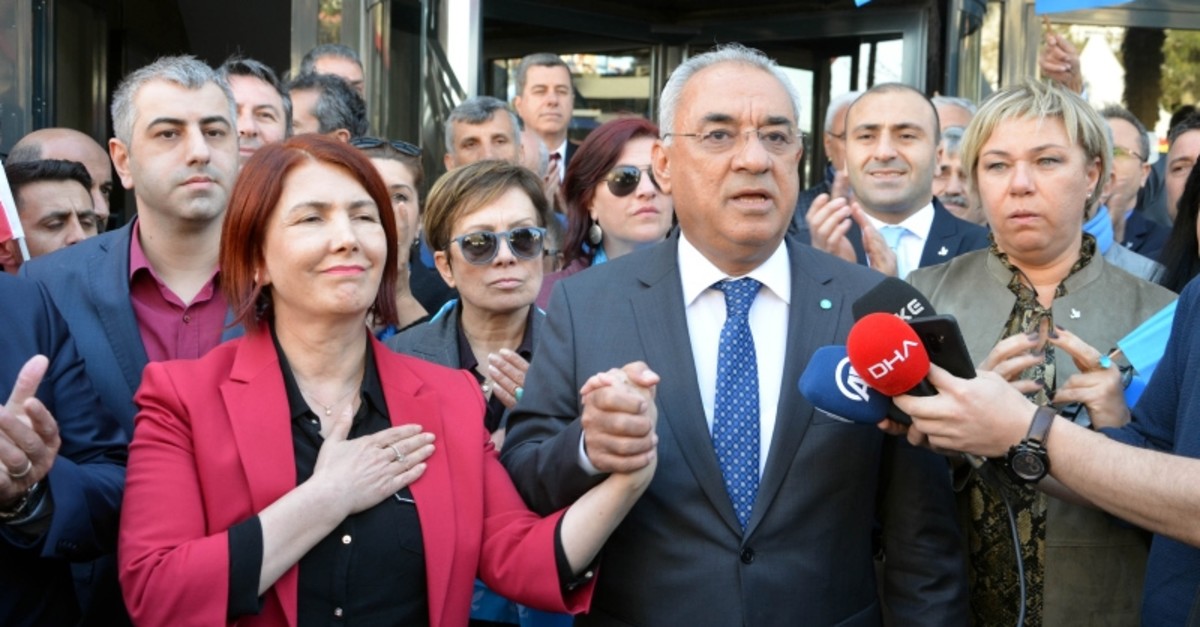 Main opposition Republican People's Party's (CHP) Istanbul mayoral candidate Ekrem Imamoğlu came under fire for political violence against women after he threatened the Democratic Left Party's (DSP) female district candidate, warning her to step down, in a new spat for the party as local elections are just around the corner.

"This is my last warning, withdraw (your candidacy)," Imamoğlu told Avcılar mayor candidate Handan Toprak Benli at a rally held in the district on March 23.

Benli, who is currently the mayor of Avcılar district, transferred to the DSP after the CHP failed to re-nominate her for the March 31 elections.

Benli noted that Imamoğlu openly threatened her, in a display of political pressure and violence against women.

DSP Chairman Önder Aksakal and a number of party officials convened in front of the Avcılar Municipality and condemned Imamoğlu for his "antidemocratic and sexist threat."

"I urge everyone to support female candidates against such male-dominated mindset that is in favor of committing political violence against women," Benli said.

She criticized the CHP for failing to acknowledge her success as mayor, saying that the party does not value efforts and hard work.

"The person who was nominated instead of me was someone who stepped down to become a legislator, but I know Avcılar very well," Benli said, adding that she had prepared an extensive plan for earthquakes.

Benli was not the first one to quit her party during the local election campaign period.

The former mayor of Istanbul's Şişli district Mustafa Sarıgül resigned from the CHP, saying that he is offended by the administration.

"I am offended by the administration of the CHP. I am reacting to their indecision, non-transparency and disloyalty," Sarıgül said in a letter published on his website, adding that he is announcing his resignation with "regret."