Netanyahu threatens war in Gaza to appeal to voters 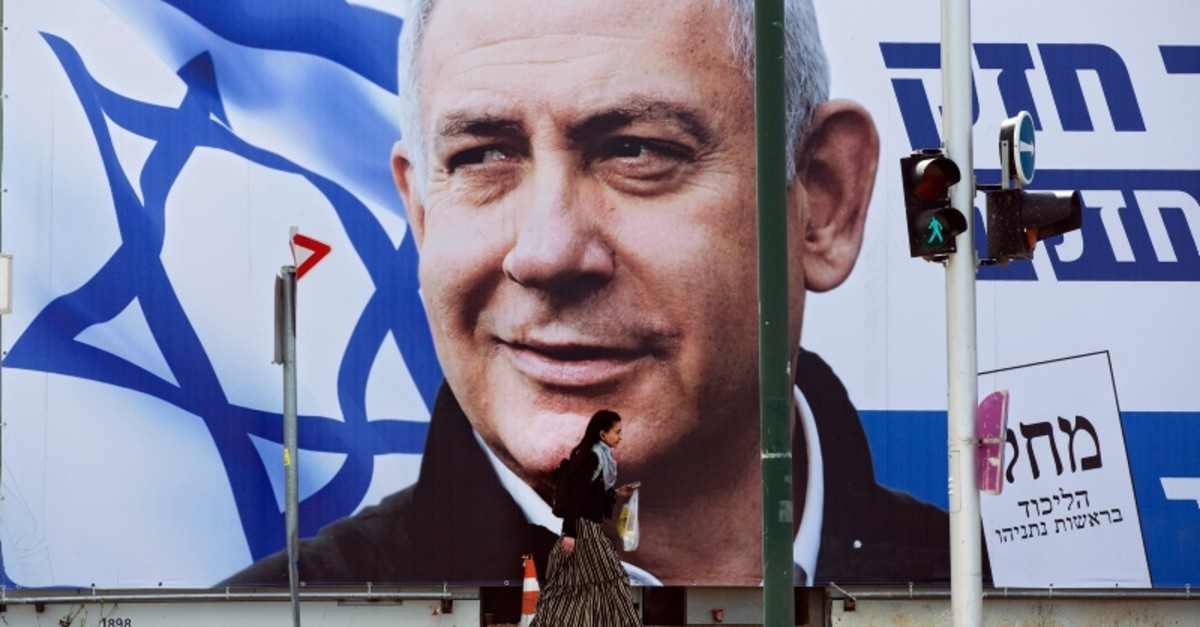 Prime Minister Benjamin Netanyahu said on Thursday that Israel is prepared to wage a broad military campaign in Gaza but only as a last resort, after a two-day flare-up of cross-border fighting less than two weeks before an Israeli election.

"All Israelis should know that if a comprehensive campaign is required, we will enter it strong and safe, and after we have exhausted all of the other possibilities," Netanyahu said after visiting the Gaza frontier and meeting with Israeli commanders.

Security is a major issue for Netanyahu in Israel's April 9 election. In power for a decade and beset by corruption allegations that he denies, he is facing his strongest electoral challenge from a centrist coalition led by a former general.

Israel launched air strikes and moved troops and armor reinforcements to the Gaza border after a rocket wounded seven Israelis in a village north of Tel Aviv on Monday.

"We are tightening the security ring around the Gaza Strip," Netanyahu said in a speech at a highway dedication in Israel after returning from the border with the territory.

This week's fighting came ahead of the first anniversary on March 30 of the start of weekly Gaza protests at the frontier. The protests' organizing committee called for a million-person march to mark the anniversary on Saturday at five locations along the frontier with Israel.

The U.N.'s special coordinator for the Middle East peace process expressed concerns Tuesday that violence in Gaza may lead to devastating consequences.

"I am concerned that we may, once again, be facing another very dangerous escalation of violence in Gaza, with potentially catastrophic consequences," Nickolay Mladenov told the U.N. Security Council.

"The last two days show how precariously close we came to the brink of war once again."

Nearly 200 Palestinians have been killed by Israeli fire during the protests. Israel says it is defending its border against infiltration attempts. But the military has come under heavy international criticism over the large number of unarmed people who have been shot, sometimes hundreds of meters (yards) away from the border.

Israel says its use of lethal force is meant to stop attempts to breach the border and launch attacks on its troops and civilians.

The protesters are demanding the right to return to lands Palestinians fled or were forced to leave in Israel during fighting that accompanied its founding in 1948.