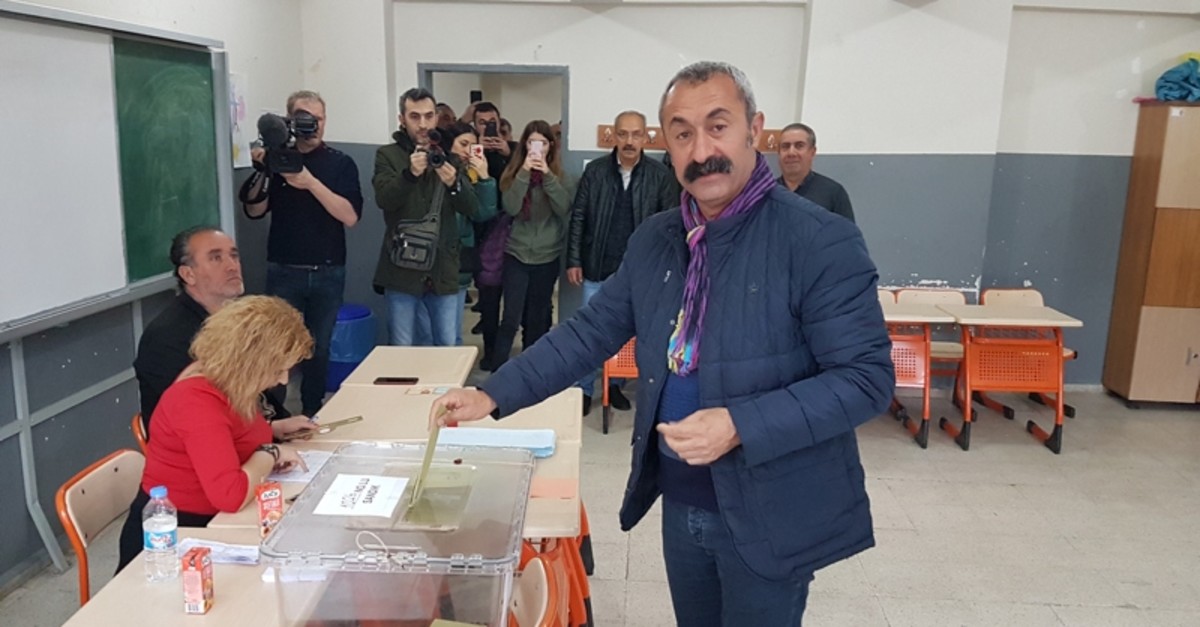 Mehmet Fatih Maçoğlu, Communist Party of Turkey's (TKP) mayoral candidate in eastern Tunceli province, appeared to be winning the local race on Sunday as elections as results began coming in.

The Republican People's Party (CHP) and the Justice and Development Party (AK Party) candidates received 20.93 and 14.15 percent of the votes, respectively.

In seven districts of Tunceli province, the CHP won the elections in five districts and the AK Party won in two districts. The provincial assembly race ended with the CHP's lead at 27.71 percent, followed by the HDP's 23.44, the AK Party's 20.35 and the TKP's 17.91 percent votes.

Maçoğlu, the former mayor of Tunceli's Ovacık district, also became the first-ever communist mayor of a district-level area in the 2014 local elections.

As he nears victory in the March 31 mayoral race, he is predicted to go down in history as Turkey's first ever communist mayor of a province center.

"We thought that democracy would win and it has. This is an exemplary success story for Turkey," he was quoted as saying after winning the 2014 elections in Ovacık.