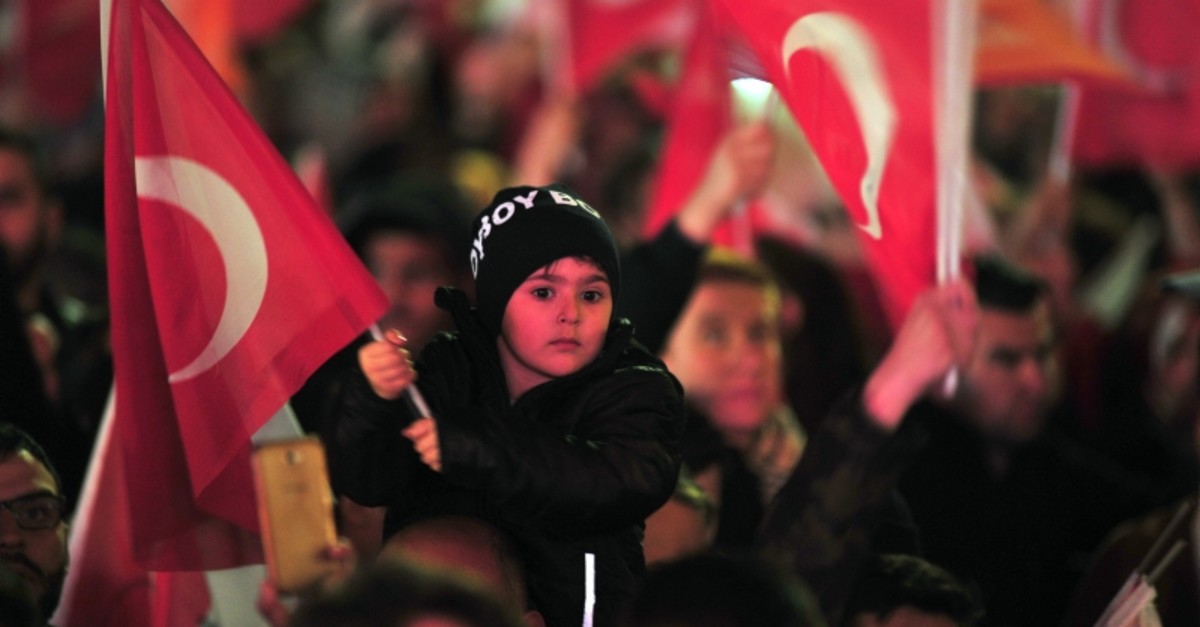 The ruling Justice and Development Party (AK Party) is leading the local elections race in 24 out of 39 districts of Istanbul, Turkey's largest city with more than 10.56 million voters, unofficial results showed.

Some 8.73 million voters headed to the polls in the city of 16 million, where four district municipalities changed hands while Nation Alliance candidate Republican People's Party's (CHP) Ekrem Imamoğlu leads the race for the Istanbul Metropolitan Municipality (IBB) against People's Alliance candidate AK Party's Binali Yıldırım with a tight margin, meaning the end of right-wing rule in the city for the first time since Recep Tayyip Erdoğan's election in 1994.

The AK Party and the MHP nominated joint candidates in all 39 districts as part of the People's Alliance, with three running as MHP candidates in Beşiktaş, Maltepe and Silivri districts. The MHP won in a district in Istanbul for the first time in its history as it carried the race in the westernmost Silivri district.

Just like 2014 local elections, the highest support for the AK Party was in Esenler district, which handed the party a victory with 65.61 percent of the votes. The party also managed to gain Çatalca district from the CHP.

AK Party candidate Şeyma Döğücü was elected as the only female mayor in the city, clinching the victory with 49.91 percent of the votes in a tight race against CHP's Özgen Nama, who won 47.12 percent.

The center-left party gained two significant districts, namely Esenyurt -- Istanbul's most crowded district with a population of 800,000 -- and Küçükçekmece -- runner-up with 770,000 people -- from the AK Party mainly thanks to the support from the voter base of the People's Democratic Party (HDP), which gained 9.9 percent and 6.75 percent of the votes in the 2014 local elections, respectively.

The pro-PKK HDP was the key party both in metropolitan and district municipality races. The HDP fielded candidates in Arnavutköy, Bağcılar, Başakşehir, Bayrampaşa, Beykoz, Çekmeköy, Esenler, Fatih, Gaziosmanpaşa, Sultangazi, Sultanbeyli and Ümraniye districts, where the AK Party had a clear lead, but did not nominate candidates in heavily contested or CHP-led districts. The HDP did not support the IP candidates where they contested as Nation Alliance candidates with the CHP.

Candidates from the Good Party (IP) ran as joint candidates with the CHP under the Nation Alliance in Arnavutköy, Bağcılar, Esenler and Kağıthane districts, but failed to win the races. The CHP and the IP ran against each other in Bakırköy, Beşiktaş, Beykoz, Fatih, Şile and Kadıköy districts. Beykoz, Fatih and Şile were carried by the AK Party while the CHP won the race in its strongholds Bakırköy, Beşiktaş and Kadıköy.

Şişli was another key district on March 31 as Mustafa Sarıgül – a renowned figure in Turkish politics due his roles as two-term Şişli mayor, CHP's IBB mayor candidate who lost to Topbaş in 2014 and a ran a failed bid for CHP chairmanship and a subsequent failed bid for a new party – decided to run as the candidate of his former party Democratic Left Party (DSP) when the CHP did not choose him for candidacy. Sarıgül maintained a high-profile campaign and led almost all opinion polls until losing on March 31 with 29 percent of the votes against 48 percent won by CHP candidate Muammer Keskin.

The DSP, criticized by the CHP for dividing the votes despite sharing an almost identical voter base, also nominated incumbent Handan Toprak Benli for Avcılar district when the CHP nominated Turan Hançerli. Benli, who won the district with 44 percent of the votes back in 2014, received only 0.8 percent of the votes while Hançerli – who lost his arms in an accident back in 1993 – succeeded in his bid to be elected as Turkey's first ever mayor with a disability with 52.13 percent of the votes.

In Silivri, where the MHP's candidate won with 46.36 percent, the DSP also had a crucial role as the party's candidate -- again a former CHP dissident -- came in third with 6.68 percent of the votes while the runner-up CHP got 43.98 percent.