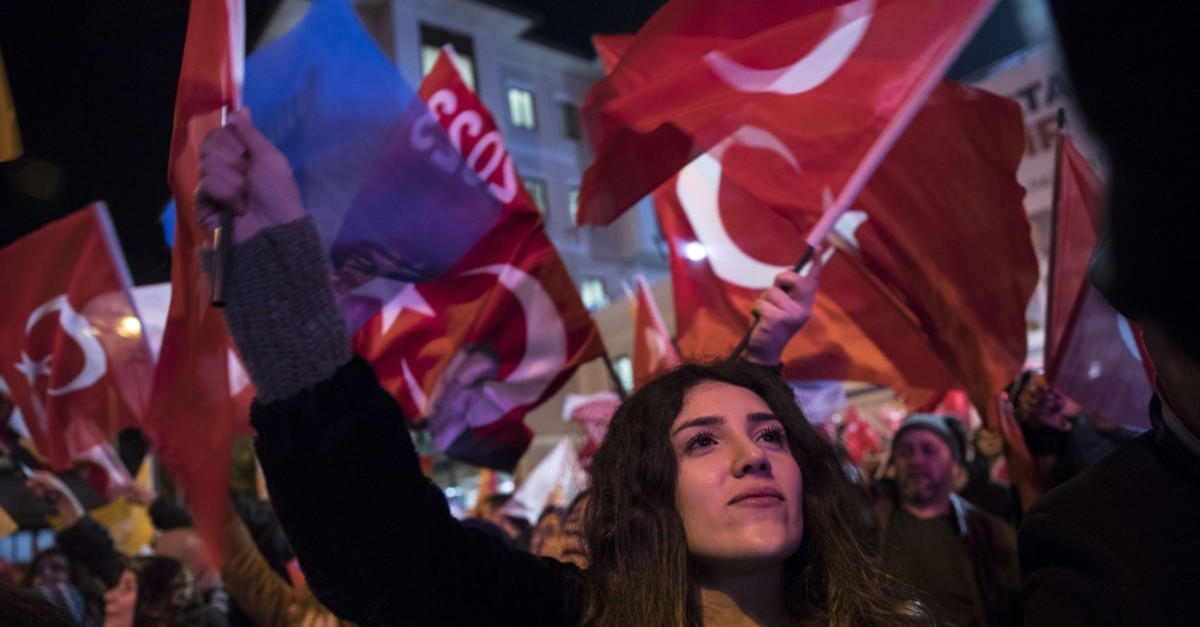 On Sunday, the AK Party continued its trend of electoral victories by winning a majority of the votes once again. Especially when it came to the district municipalities, the party triumphed by winning in more than half

While the AK Party took the municipalities of Zonguldak and Giresun from the main opposition Republican People's Party (CHP), they also experienced a revival in eastern and southeastern provinces, clinching Bitlis, Şırnak and Ağrı from the Peoples' Democratic Party (HDP). In the districts of metropolitan cities, the AK Party has come out from the elections as the most successful party. The party led the polls in 25 out of the 39 districts of Istanbul. In Ankara, it took the lead in 19 out of 25 districts. Casting his vote and holding a press conference on the local election results in Istanbul, President Recep Tayyip Erdoğan later proceeded to Ankara and delivered a balcony speech at AK Party headquarters.

Expressing his gratitude to each and every one of the Turkish people who, since the elections held on Nov. 3, 2002, have made AK Party the first party in all the parliamentary, presidential and local elections as well as in all the referendums, Erdoğan stated: "Our sole aim throughout our political lives has been to serve our cause and our people. We have recognized no power higher than the will of the people."

Highlighting that they see politics as not a tool to belittle the people but as a means to provide the country and the people with the best services, Erdoğan noted that they have so far done this and will continue to act like this from now on, as well.

In the capital Ankara, CHP candidate Mansur Yavaş led the race with 50.90 percent against 47.1 percent for AK Party's Mehmet Özhaseki. Yavaş, who lost the hotly contested race against then-AK Party candidate Melih Gökçek in 2014, said justice had been served.

Adana, Mersin, Antalya and Hatay are among the metropolitan municipalities that the CHP declared victories in.

Over 43 million voters headed to the polls to cast their ballots in the elections, in which the AK Party led with 15 metropolitan municipalities and 24 cities. Citizens voted to elect mayors, district mayors, city council members and mukhtars (local/village headmen) and members of elder councils for the next five years. Around 57 million people were eligible to participate in the municipal elections. Voter turnout stood at 83.60 percent compared to 89 percent in the 2014 local elections. According to official data, 1,395,233 votes were deemed invalid, making up 3.2 percent of the total turnout.

Turkey held its first local elections under the new presidential system, adopted in the April 2017 referendum. The previous local elections were held in 2014. Underlining that a politics that lack people will lead to fascism, dictatorship and oppression in the end, Erdoğan added: "That is why we have until today sought to obtain the consent and support of our people in every step we have taken. We, together with you, will continue our path in the same vein from now on, too."

Drawing attention to the four-and-a-half-year period ahead without elections, Erdoğan said they will focus on their work on both national and international terms, and added: "We will, inshallah, elevate our country above the level of contemporary civilizations. We will exert ourselves to make the most of this long period ahead. With whom? With my people, with you. We will strive to resolve our country's issues, waiting to be fixed, with a reformist approach."

Erdoğan went on to say: "We are, inshallah, entering a period during which we will achieve success in our works concerning our national security. We have already partially foiled the trap set against our country along our border with Syria. And, our aim is now to make Syria a secure place by eliminating the terror groups in Manbij and east of the Euphrates, and to enable the refugees in our country to return to their country and their homes."