Weary of PKK terrorism, Kurdish voters side with AK Party 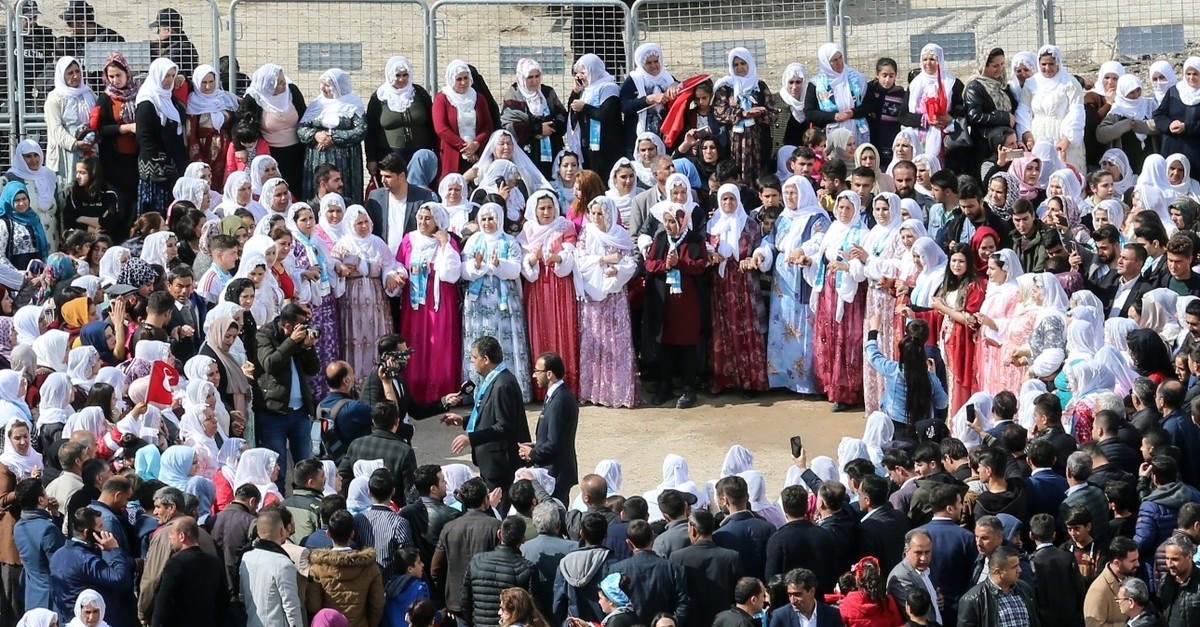 The AK Party's success across southeastern provinces reveals that Kurds aim to distinguish themselves from PKK terrorism and anything related to it, including the HDP

The results of Sunday's elections has revealed that citizens in Turkey's Kurdish-populated southeastern provinces distinguish themselves from the violent policies of the Peoples' Democratic Party (HDP), which has been accused of having close ties with the PKK terrorist organization. Compared to the previous local elections in 2014, the HDP lost a lot of momentum, specifically in the region's trustee-appointed provinces after the removal of PKK-linked mayors, and was defeated in three provinces, Bitlis, Ağrı and Şırnak, by the ruling Justice and Development Party (AK Party).

The results reflected that people in Kurdish-majority regions are weary of the HDP's PKK-favoring policies.

The PKK terrorist organization carried clashes with security forces into urban areas in 2015, but the strategy collapsed because of successful anti-terror operations and the lack of cooperation from the people in the region.

However, the cities suffered significant damage during the operations. Since then, the government has invested huge amounts of money to recover infrastructure and public services in the region.

Intense reconstructive efforts in the southeastern region was budgeted in the billions and include housing, health and education projects as well as restoration processes for historical buildings, mosques and churches and recreation work.The AK Party increased its votes from 29 percent to 61 percent in Şırnak, while the HDP's votes decreased by almost 30 percent. The AK Party also raised its votes in eastern Ağrı province by 10 percent and in Bitlis 3 percent, leaving the HDP behind with more than a 10 percent difference.

In a clear example of the shift in people's perception, AK Party candidate Mehmet Yarka was elected as southeastern Şırnak's mayor with a landslide victory. The result was a surprise since the city was formerly considered an HDP stronghold. When the first election results indicated that the AK Party was leading in the polls in Şırnak, people living in the province started celebrating by singing Kurdish songs and carrying Turkish flags.

As a result of the terrorists' activities in the province, Deputy Gov. Turan Bedirhanoğlu was previously appointed as trustee in Şırnak following the elections in 2014 in which the candidate of the Democratic Regions Party (DBP), a regional affiliate of the HDP, won.

Yarka previously served as the head of Şırnak Chamber of Industry and also participated in the 2004 elections as an AK Party candidate. The AK Party victory in Şırnak was symbolic since the PKK terrorist group had been previously attempting to maintain its grip in the province.

The government-appointed trustees have been welcomed by local people as they brought new services and cut the money flow to the PKK. The trustees, mostly bureaucrats who serve as district governors in the region, have been lauded by the public for the numerous positive changes they have brought to the region's towns and cities. Long-neglected infrastructure was completely renewed, and new roads and social facilities were built, while green spaces were created.

The HDP is known for its support for autonomy in the regions where large Kurdish populations live. In addition, some of its members have been charged with or accused of having links to the PKK terrorist organization, which has been fighting the Turkish state for more than 30 years and has killed more than 40,000 people.