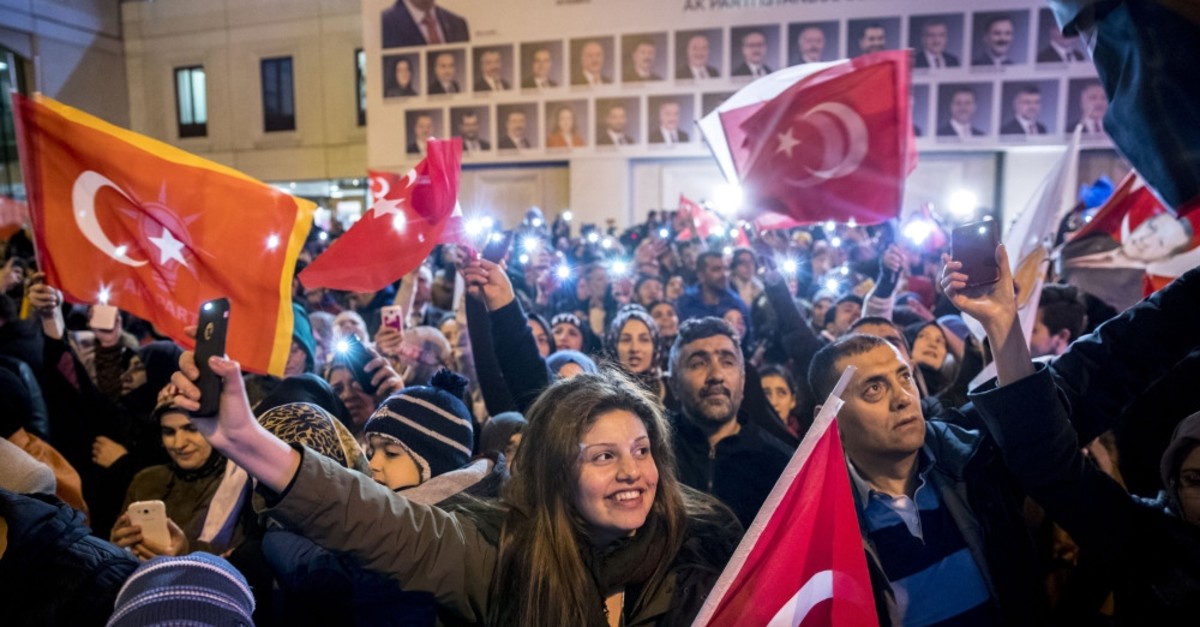 The local elections that were held on March 31 became yet another example of democracy as the voters were able to elect their mayors in a secure and transparent environment, indicating the deep-rooted experience of free elections in Turkey. Prior to the election on Sunday, the related ministries took necessary measures to prevent any incident that would impact conducting a free and transparent election.

In relation to the Sunday's elections, Foreign Ministry spokesman Hami Aksoy stated on Monday that the "local elections in 2019 in Turkey were conducted in line with free democratic election procedures with a voter turnout above 84 percent."

He underscored that within the framework of the elections a delegation was invited to observe the local elections from the Congress of Local and Regional Authorities (the Congress), an institution representing local authorities within the Council of Europe, of which Turkey is a founding member. It was the first time that the Congress observed local elections in Turkey. Accordingly, a delegation of 22 members forming 10 teams, observed the elections in several provinces. Turkish authorities extended full cooperation and assistance throughout Turkey as regards to the observation activities.

Turkey has been holding elections since 1930 in a secure, democratic environment, even though the process was sometimes interrupted by military intervention, making it the oldest and most stable democracy in the region. The first multiparty local elections in Turkey were held in 1930, while the first parliamentary elections were held in 1946. The secret ballot system was later introduced to Turkish elections in 1950. Aksoy underlined that the Congress Election Observation Mission announced that they had full access to the voting procedures at the polling stations where they conducted their election observation, that the Ballot Box Committees performed their tasks competently and that they were impressed by the technical proficiency of the election at all levels from the Supreme Election Council down to the individual Ballot Box Committees. "The mission announced that the elections were conducted in an orderly way," Aksoy added. Touching on the mission's comments expressing doubts about free and fair electoral environment, Aksoy stressed that the "doubts expressed about the free and fair electoral environment by way of commenting on regrettably misunderstood political issues which should remain out of the mandate of the observation mission are groundless."

Aksoy reiterated that Turkey, ranking among the top of the countries with highest turnout rates in elections in Europe, will continue its constructive approach in the future toward election observation.

On election day, Energy and Natural Resources Minister Fatih Dönmez confirmed there was no problem in energy supply across Turkey and no outages were experienced. In a statement, the Interior Ministry also said that all measures were taken to provide an environment where citizens could vote freely and without any pressure, notwithstanding a few minor incidents.