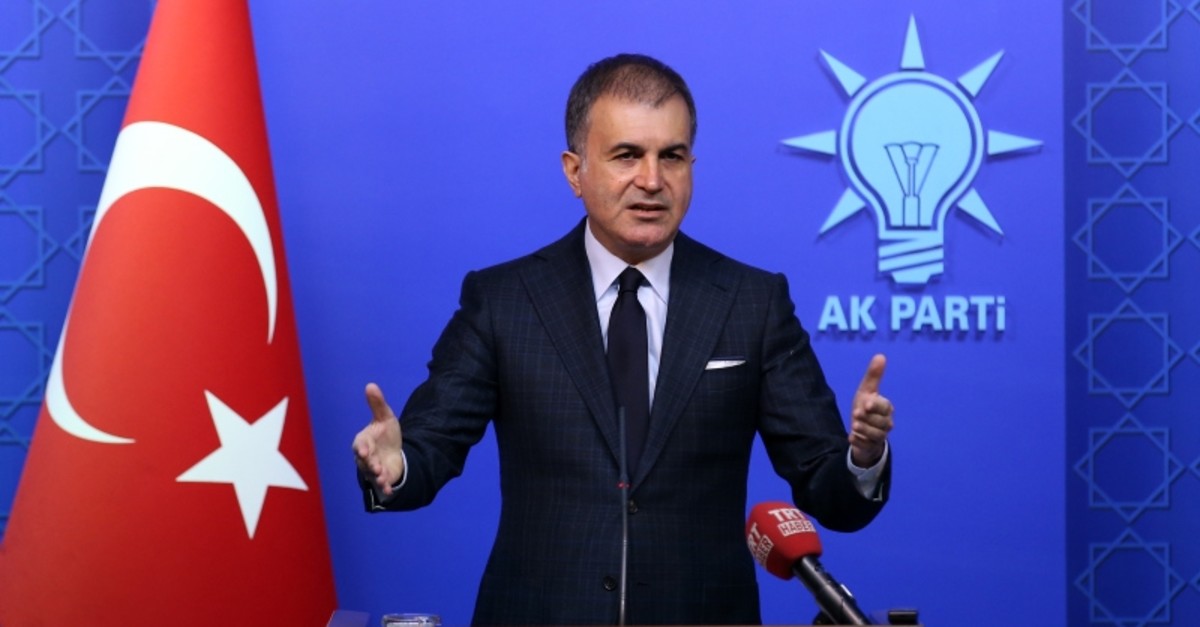 Çelik added that it was incomprehensible for him to make such a statement which could be interpreted as meddling in the election process and results in Turkey.

"No foreign government or body's statement will serve as the source of legitimacy for the election results," he said, underscoring that only Turkey's Supreme Election Council (YSK) could give legitimacy to the vote.

Palladino on Tuesday invited all parties in Turkey to accept the provisional results of Sunday's local elections following numerous objections from parties to re-evaluate invalid votes and other votes due to irregularities in the voting system.

"Free and fair elections are essential for any democracy. That means acceptance of legitimate election results, which is essential," Palladino said at a press briefing.

"We expect nothing less from Turkey, which has a long, proud tradition in this respect," he added.

On the row over Turkey's purchase of a Russian S-400 missile defense system, Çelik said demanding Ankara to give up a "done deal" is disrespectful of the country's sovereign rights.

Turkey's purchase of the Russian surface-to-air S-400 system has led to strained ties with the U.S., which earlier this week suspended delivery of parts and services necessary to Turkey's receipt of the F-35 stealth fighter jet.