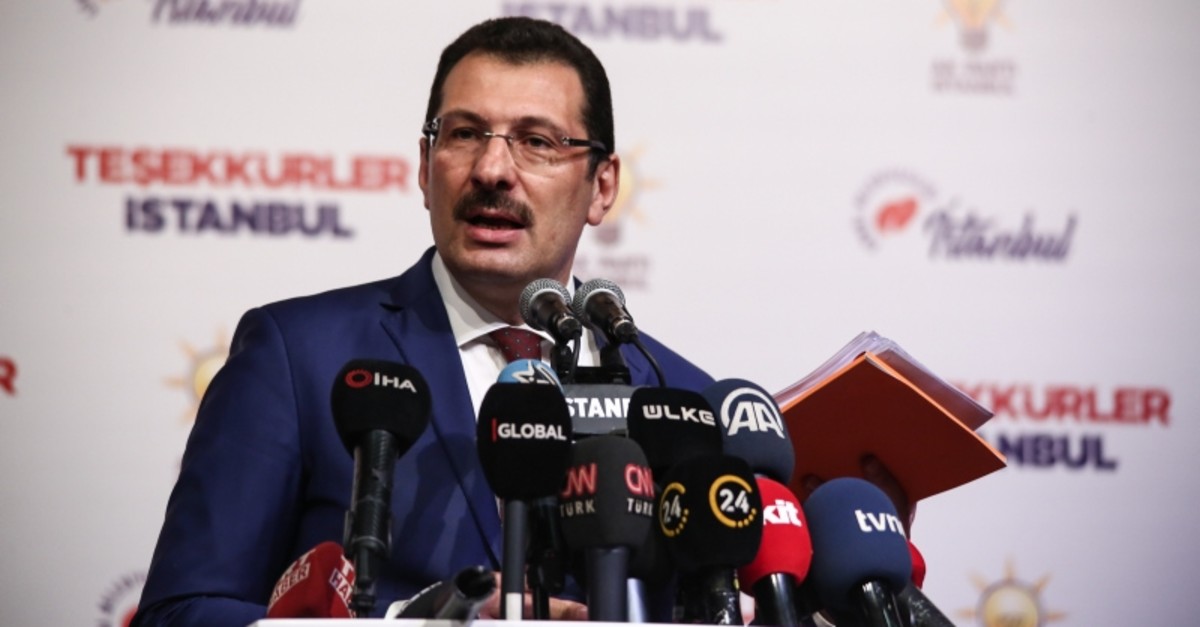 Speaking at a press conference at the provincial party headquarters in Istanbul, Yavuz said the initial 29,000 vote difference announced by the Supreme Election Board (YSK) on Monday has narrowed down to 19,699. "There are still errors of fact to be corrected. In addition, few of recounts have been completed. It continues," Yavuz said.

"The number of votes turned in favor of AK Party as a result of updates in 530 ballot boxes is 11,109," Yavuz said, adding that the AK Party gained 1,641 from the recount of invalid votes and 64 votes after total recounts in 121 ballot boxes.

Imamoğlu, holding a press conference soon after Yavuz, said the current difference in votes is 19,552 after invalid ballots recounted in Istanbul's 11 districts.