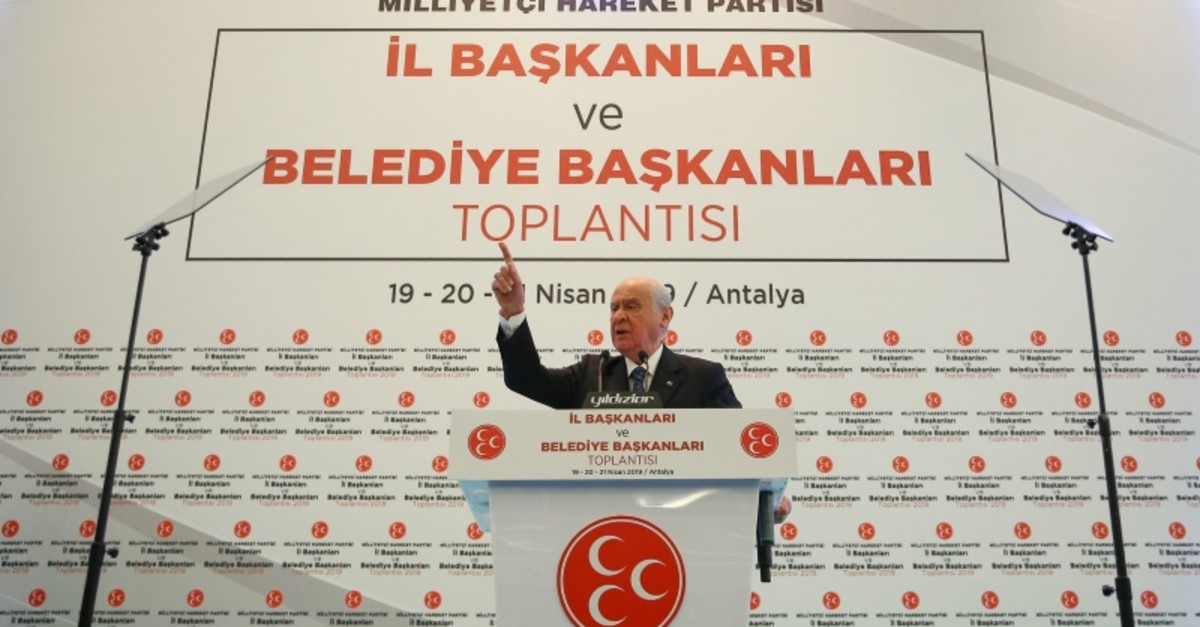 "The Supreme Election Board cannot play with the future of Turkey," Bahçeli told a party meeting in Antalya, adding that the board should carefully examine the evidence.

The AK Party had previously said its official request would list the reasons that require the elections to be redone based on evidence and documents. Some reasons include invalid or deceased people who allegedly voted in the elections, while the voter registration irregularities in Büyükçekmece district, allegedly carried out in an organized manner by civil registry personnel with affinity to the district's main opposition Republican People's Party (CHP) Mayor Hasan Akgün, and forms the basis of the application. Moreover, the party says balloting committees in many districts were not compatible with the requirements of the law, stating that there were empty or unsigned voting records.

Bahçeli also said that the gains by the CHP in Istanbul, Ankara and İzmir should not be viewed as any sign of distrust for the People's Alliance.