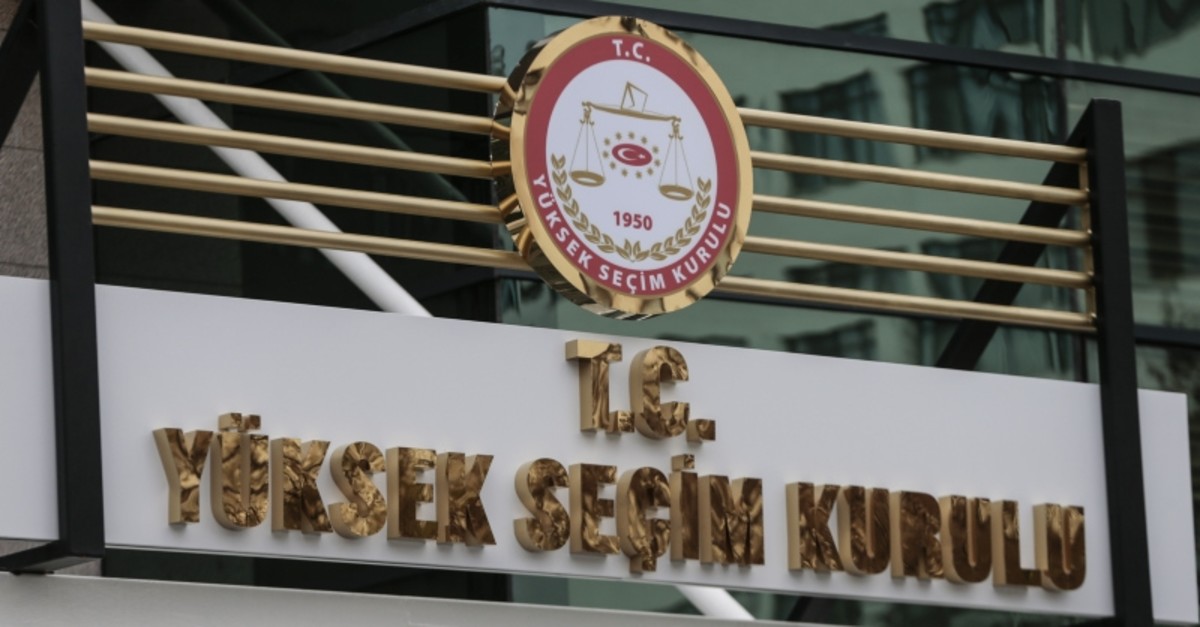 The Supreme Election Council (YSK) ruled Tuesday for further inquiry on fake voter registration and irregular balloting committee allegations made by the ruling Justice and Development Party's (AK Party) in its appeal against the hotly contested Istanbul vote on March 31, while rejecting the appeal that voters stripped from public office with statutory decrees are ineligible to vote.

On the second day of meetings at its headquarters in Ankara over the AK Party and its People's Alliance partner the Nationalist Movement Party's (MHP) extraordinary appeals challenging the outcome of the vote carried by Nation Alliance candidate Republican People's Party's (CHP) Ekrem Imamoğlu, the YSK, in its interlocutory decision, ruled for further inquiry on the AK Party's allegation of 41,132 ineligible or irregular voters included on voter lists through registry records.

According to the election results announced by the provincial election board in Istanbul on Wednesday, Imamoğlu won the mayoral race against AK Party's Binali Yıldırım by 13,729 votes and received the official mandate to assume office the same day. However, if the YSK finds that the number of irregular or ineligible voters who voted in the elections exceeds the ballot difference between the two candidates, it might rule for an annulment and rerun of the elections.

The 41,132 irregular voters cited in AK Party's appeal filed on Thursday include 2,308 ineligible voters, 1,229 deceased citizens, 5,287 convicts wrongfully recorded in prisons in Istanbul and 236 voters registered in Istanbul prisons, 10,290 convicts recorded in voter lists both in prisons and their registered local settlements, in addition to 21,782 people with mental disabilities of a severity that deems them ineligible to vote. The YSK will investigate whether these voters were subject to irregular recording in voters lists and if so, whether they cast votes in the elections.

Another point of appeal that will be investigated by the YSK is the allegation that 19,742 people who are not public officers were included to serve on balloting committees on election day. This number makes up some one-third of all personnel listed for balloting committees. Opponents of this appeal say that the majority of the 19,742 names were indeed public officials who normally serve in different cities but were recorded in Istanbul on election day or were political party officials, since the number of public officers in Turkey's largest city, home to 10.5 million voters, is not sufficient to stock balloting committees, adding that this is a routine procedure that has been applied in previous elections.

The YSK rejected a separate petition submitted by the AK Party on Saturday saying that 14,712 voters who were dismissed from public posts with presidential decrees during the state of emergency in the aftermath of July 15, 2016 were ineligible to vote and were found to have voted in Istanbul during the March 31 local elections.

Although YSK's rulings are final and cannot be appealed, this ruling forms another area of contention since election legislation says those who were dismissed from public office are not entitled to vote in the elections. More than 130,000 public officials, many holding positions in the government and military, have been dismissed or suspended from their positions on the grounds of suspected involvement in the coup bid, affiliation with a terrorist organization or for posing a continuous threat. The Council of State, which serves as Turkey's highest administrative court, later ruled in favor of the dismissals in several applications, forming a precedent on this issue. However, opponents of this view say that procedures and appeals against dismissals through decrees are ongoing and that their ineligibility should be limited by a deadline as prescribed by the law.

The YSK was largely expected dismiss this appeal since a vast majority of those dismissed through decrees voted in already finalized election results elsewhere in Turkey. The board was also criticized for its rulings barring elected mayors who were previously dismissed by decrees from holding office, despite allowing them to run in the elections, and declaring runner-up candidates as mayors.