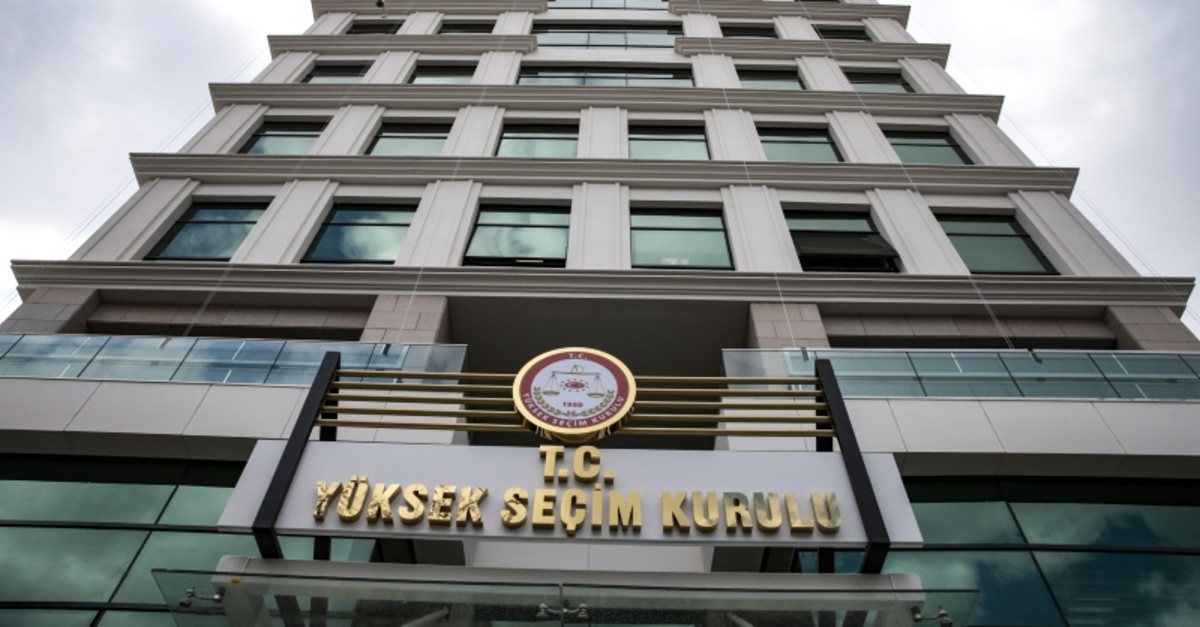 The Supreme Election Council (YSK) convened Monday at its Ankara headquarters to evaluate appeals made by the ruling Justice and Development Party (AK Party) and the Nationalist Movement Party (MHP) for the March 31 local elections in the Istanbul Metropolitan Municipality and its Büyükçekmece and Maltepe districts.

The AK Party and the MHP submitted an extraordinary objection to the YSK last week to cancel and redo the municipal election in Istanbul.

MHP Chairman Devlet Bahçeli said Saturday that a do-over of the March 31 municipal elections for Istanbul is critical, and the YSK is obliged to thoroughly examine the three crates of evidence submitted by the AK Party and the MHP.

The AK Party's extraordinary objection concerned four categories: Irregularities in the vote count sheets, serious discrepancies between the number of registered voters and the number of voting ballots, some balloting committee chairmen and members who were not government employees as required by law and the participation of ineligible voters in the polls.

The main argument of the AK Party objections is that the number of ineligible voters directly affected the election results in Istanbul. According to the party's claims, the number of ineligible voters was 27,732, including 10,290 people who are now in prison, higher than the vote difference between Republican People's Party's (CHP) candidate Ekrem İmamoğlu and AK Party candidate Binali Yıldırım.

Büyükçekmece has also been one of the districts that came to the fore with irregularities. The party alleged that 21,000 fake voters had been registered in the district during the process to update voter lists in the run-up to the elections. Thus, district registry office personnel and another person, a namesake and relative of the district's longtime CHP Mayor Hasan Akgün, were arrested for irregularly registering voters by fabricating documents on behalf of Akgün. A judicial investigation launched by the Büyükçekmece Public Prosecutor's Office is ongoing in addition to an administrative inquiry by the district governorate.