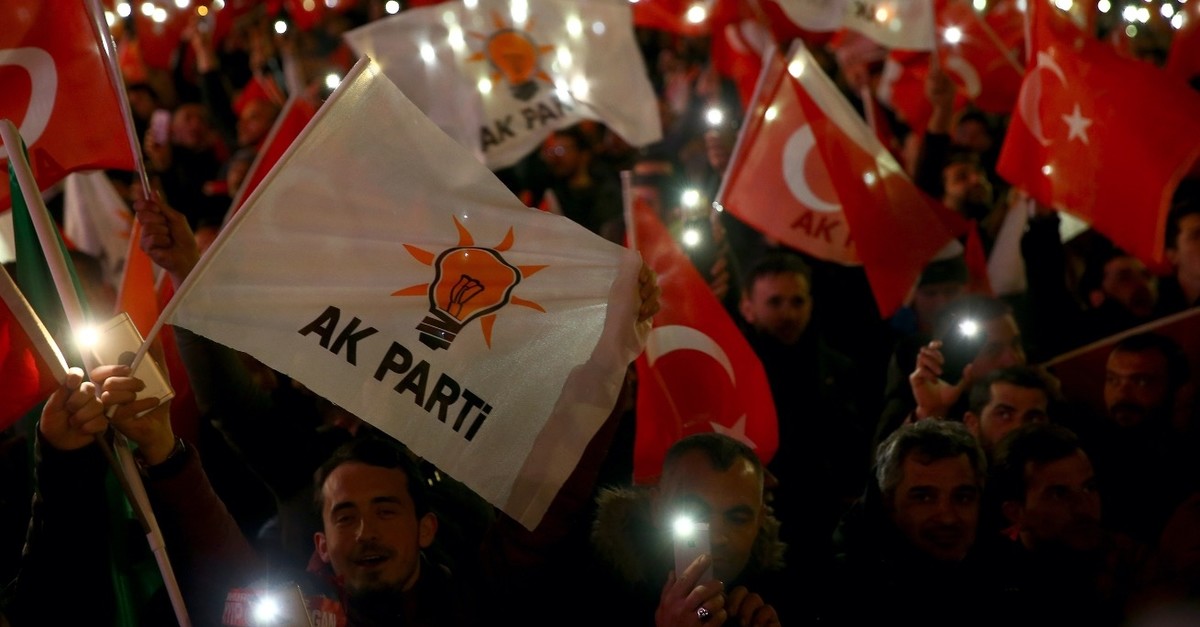 Following the March 31 local election results, the ruling Justice and Development Party (AK Party) has been preparing to gather in a major party convention in Ankara and is expected to announce its new road map for a transformative and revitalizing makeover

Despite winning the March 31 local elections in terms of receiving the majority of provincial municipalities in Turkey, the ruling Justice and Development Party (AK Party) is expected to take a deeper look at itself to address the losses in the biggest metropolitan municipalities, namely Ankara and Istanbul. "Although the AK Party has won in the majority of the provincial municipalities, the election results in Ankara and Istanbul are signs that the party should question itself," political expert Mahmut Övür told Daily Sabah. Pointing out that the party had previously also undergone changes based on what officials regarded as "mental fatigue" in the party, Övür underscored that he expects the self-evaluation this time around to be deeper and harsher in some municipalities.

In this year's local elections, the AK Party won in over 575 out of the 1,046 total municipalities in the country, continuing its trend of electoral victories by winning the majority of the votes once again. However, the main opposition Republican People's Party (CHP) won mayoral races in Turkey's three largest cities – Ankara, Istanbul and İzmir – as well as in the central Anatolian provinces of Bilecik, Bolu and Kırşehir, which other than Izmir, were all previously held by the AK Party. Accordingly, the AK Party's 28th Assessment and Consultation Camp is starting today in the Kızılcahamam district of Ankara, where the party is expected to discuss election results, the objection process and why in some of the metropolitan cities the party's votes decreased.

President Recep Tayyip Erdoğan will give the inauguration and closing speeches respectively on Saturday and Sunday. Following the inauguration, the party's mayoral candidate for Ankara, Mehmet Özhaseki, will make presentations on local government, while AK Party Deputy Chairman Çiğdem Karaaslan will address issues within the scope of environment, city and culture. Presentations by Interior Minister Süleyman Soylu and Environment and Urban Development Minister Murat Kurum will be given in the following days in addition to a speech by Treasury and Finance Minister Berat Albayrak, closed to the press, on the last day of the camp.

Commenting on the ability of the party to adapt to new challenges, Över stressed that the AK Party has always succeeded in rejuvenating itself despite being the ruling party of Turkey for 17 years and serving in the local administrations for 25 years.

Rejuvenation and change in the party is nothing new under the leadership of President Erdoğan. The first seeds of change had been planted in 2017 when Erdoğan returned to his party after constitutional changes were approved in the April 16 referendum, allowing presidents to be a part of a political party.

Last year in August, the AK Party reshuffled some 40 to 50 percent of its top executive board in a bid to rejuvenate the party. The rejuvenation came after a similar party camp in Kızılcahamam where the party discussed why the AK Party lost a significant number of votes in the June 24 parliamentary elections and more than 2,000 reports were submitted to understand it.

The party also underwent a change process in 2017 as the president criticized some local administrations and fellow party members for their lack of enthusiasm in the run-up to the April 16 referendum, calling on those who show signs of fatigue to step down.