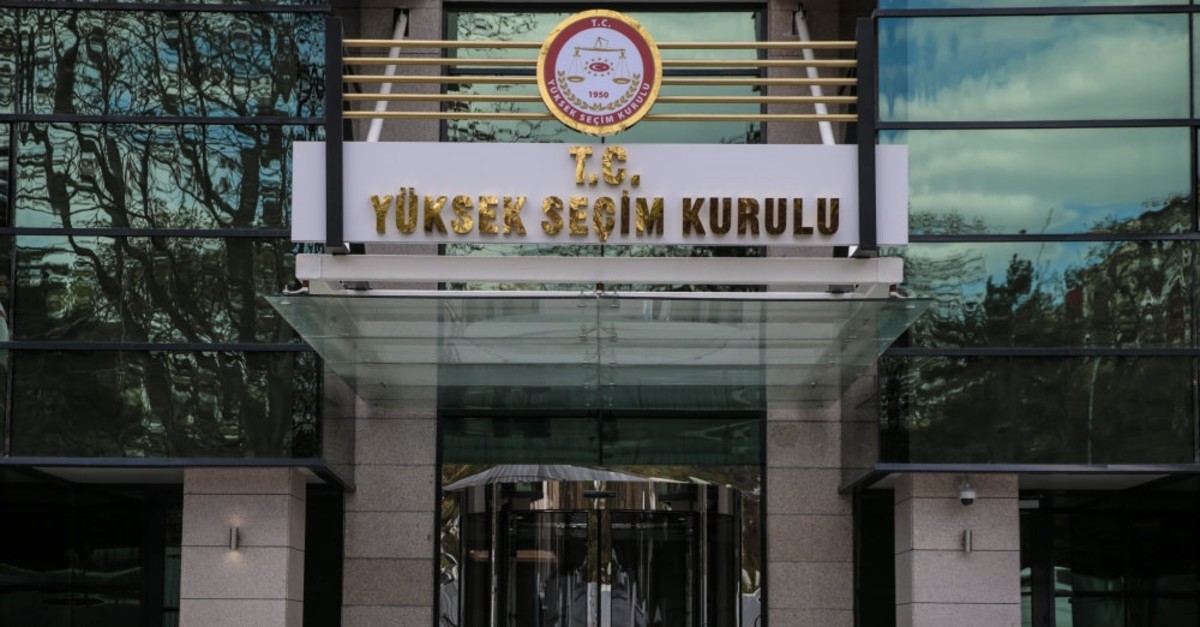 The Supreme Election Council (YSK) is expected to issue its final decision on the extraordinary objections in relation to the Istanbul local elections by Friday.
by Daily Sabah Apr 30, 2019 12:10 am

Following the review of district election boards on extraordinary objections, the YSK will have the final say on whether to redo the elections in Istanbul

Following an initial review of district election boards on the documents and evidence presented by the ruling Justice and Development Party (AK Party), the YSK will give its final decision within the week.

While all parties have been waiting for the YSK to decide whether to redo the Istanbul elections, the YSK has announced some interim decisions.

The board had announced that it has rejected AK Party's demand to prevent electorates who were dismissed from their public duties via a decree law to vote.

The YSK had previously declared that it would not award the certificate of election to elected mayors who were previously dismissed by a decree issued during the state of emergency due to their affiliation with a terrorist group. Decree laws were a part of the state of emergency declared on July 20, 2016 following a deadly coup attempt by the Gülenist Terror Group (FETÖ). More than 130,000 public officials, many in positions in the government and the military, were dismissed or suspended from their positions on the grounds of suspected involvement in the coup bid, affiliation with a terrorist organization and for posing a continuous threat. According to these decree laws, persons dismissed from public office directly or indirectly cannot assume public offices, cannot be readmitted to the institution they served and cannot be employed in public services, regardless of the presence of or lack of a conviction. Several public servants were also dismissed due to their affiliations with other terrorist organizations, including the PKK.

The documents, which will be evaluated by district election boards, also include 41,132 cases of irregularities regarding voters, including 1,229 dead voters, 15,813 imprisoned voters, 2,732 ineligible voters, and 21,358 mentally disabled voters who voted in the March 31 elections. Millions of Turkish voters cast their votes nationwide on March 31 in local elections to choose mayors, city council members and other officials for the next five years. The elections in Istanbul, however, became a much-debated issue, as the Republican People's Party's (CHP) candidate Ekrem İmamoğlu was awarded the certificate of the election with only a 13,729-vote difference, despite irregularities.

The AK Party submitted extraordinary objections to the YSK following the polls to cancel and redo the municipal election in Istanbul and demanded the YSK not give the mandate to any candidate until the entire appeal process was completed. The AK Party's extraordinary objection concerned four categories: Irregularities in the vote count sheets, serious discrepancies between the number of registered voters and the number of voting ballots, some balloting committee chairmen and members not being government employees as required by law and the participation of ineligible voters in the polls.