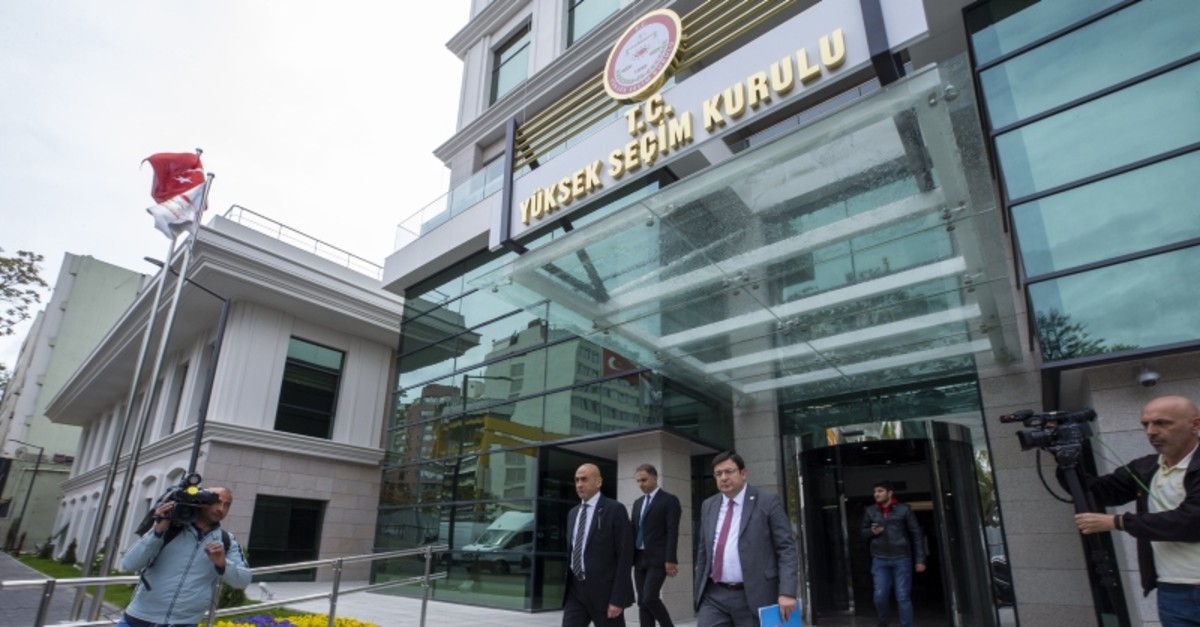 "It is unacceptable for judges to be smeared and personally made into targets due to their rulings," the YSK said in a statement on Wednesday.

The statement said under Turkey's constitution and laws, even if a person is a member of the legislature with immunity from prosecution, that does not give anyone the freedom to commit crimes or insult members of the judiciary.

Speaking at his party meeting on Tuesday, Kılıçdaroğlu had described the YSK decision as a "frame" against democracy and blamed seven members of the YSK, who voted in favor of canceling the March 31 elections, of being "gang members" who work for the interests of the ruling party.

Ekrem İmamoğlu, the CHP's mayoral candidate in Istanbul, also said that the decision of YSK's seven members who voted in favor of taking his mandate as the mayor of Istanbul back does not mean anything for him.

President Recep Tayyip Erdogan said on Tuesday that the elections were marred by "organized irregularity" and added that the decision was an important step towards strengthening democracy.

The YSK has yet to publish its detailed decision with reasoning.

The March 31 elections witnessed a very close race between the People's Alliance candidate Binali Yıldırım and the Nation Alliance candidate Ekrem Imamoğlu. According to unofficial results, Imamoğlu led the polls by almost 13,000 votes in Istanbul where nearly 10 million citizens cast their votes.