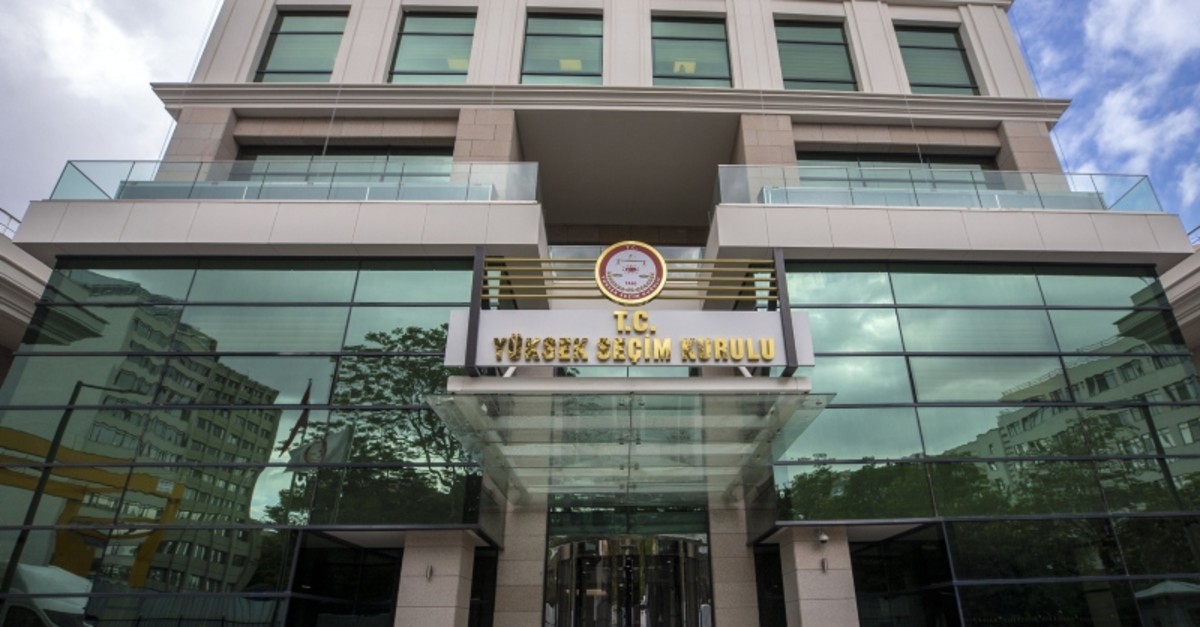 Turkey's Supreme Election Council (YSK) on Monday rejected appeals made by the main opposition Republican People's Party (CHP) and Good Party (IP) for total annulment of the March 31 local elections across all districts of Istanbul.

The decision by the YSK was made unanimously. The YSK also rejected the CHP and IP's requests for cancellation of last year's presidential and parliamentary elections.

The CHP submitted a request to the YSK on Wednesday to cancel last year's presidential and parliamentary elections as well as the March 31 local polls across all Istanbul districts. The IP made the same request.

The appeals by the CHP and IP came in the wake of YSK's decision to cancel and renew the March 31 metropolitan municipal elections over irregularities. The renewed mayoral election will be held on June 23.

The YSK said its decision to annul the polls was based on unsigned result documents from the election and one-third of balloting committee officials not being civil servants as required by the law.

Paying a visit to IP Chairwoman Meral Akşener at the party headquarters in Ankara, Kılıçdaroğlu once again used harsh language against the YSK with a disrespectful tone. He questioned the decision, claiming that the YSK is an institution that denies itself.

This is, however, not the first time the CHP leader has criticized the YSK. Speaking at a party meeting last week, Kılıçdaroğlu described the YSK's decision to renew the municipal elections in Istanbul as a "plot" against democracy and blamed seven members of the YSK, who voted in favor of canceling the March 31 elections, of being "gang members," who work for the interests of the ruling party.

Akşener, on the other hand, underlined her party's support for the CHP candidate in the Istanbul elections, saying they will conduct an election campaign that would help Ekrem İmamoğlu win the elections with a bigger margin.

The Nation Alliance between the center-left CHP, the conservative Felicity Party (SP), the right-wing IP and the center-right Democrat Party (DP) was formed ahead of the June 24 elections last year.

Even though the alliance received 33.9 percent of the votes and suffered a defeat, the CHP and IP gave a green light to continue the alliance to appeal to the other parties' voter bases in the local elections, fielding joint candidates in various locations.