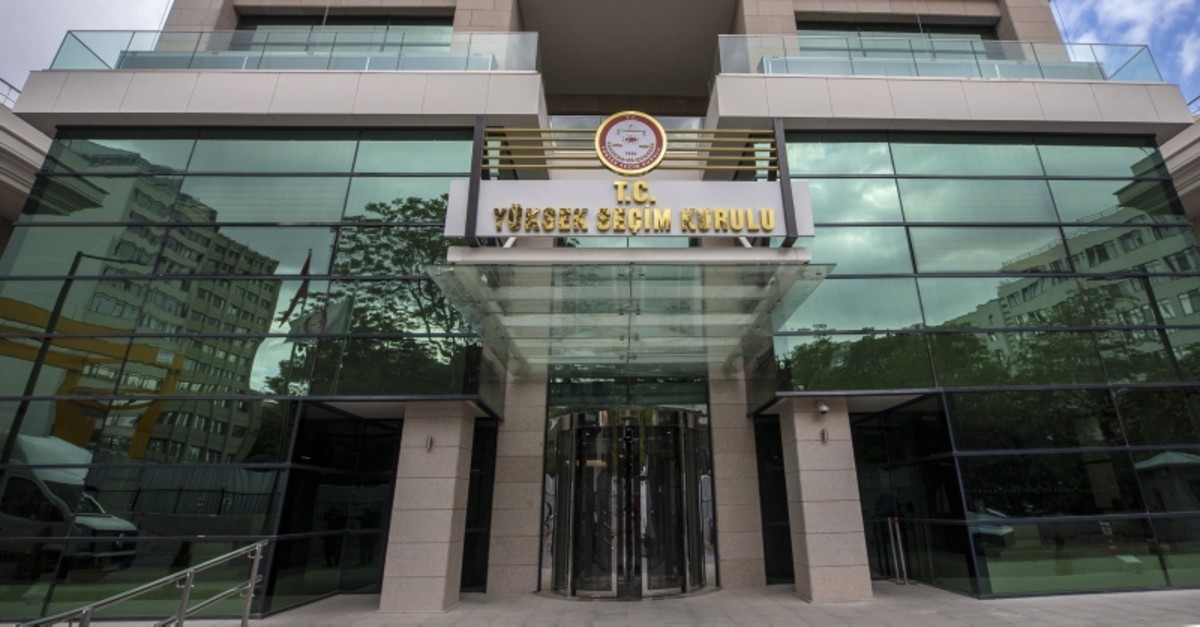 Turkey's Supreme Election Council (YSK) on Wednesday released the 250-page reasoning behind its decision to cancel and rerun the March 31 mayoral election in Istanbul.

The YSK's decision on the Istanbul Metropolitan Municipality (IBB) elections came down to a vote of four members against and seven in favor on May 6. The four who voted against the cancellation had requested a time extension for writing their reasoning, while the seven who voted in favor had previously written their reasoning.

In the reasoning, the YSK said that 754 ballot box committee chairmen were not public officials. Some heads were unemployed or had unspecified their professions, while there were one of each of the following: retired public officer, private hospital employee, retired teacher, teacher at private education institution, financial adviser, corporate employee, accountant, cargo company employee, private bank employee, lawyer, driving school employee and engineer.

The reasoning said that, given the vote difference of 13,729 votes between main opposition Republican People's Party (CHP) candidate Ekrem Imamoğlu and ruling Justice and Development Party (AK Party) candidate Binali Yıldırım, the issue of 754 ballot box chairman serving illegally could not be allowed.

Out of those dismissed from public office by degree, six were ballot box committee chairmen and three were ballot box officials. The YSK said there was no previous decision setting a precedent on the matter.

"The number of suspect votes caused by the material mistakes and/or intentional mistakes on the voter lists and the ones whose correct situation could not be determined due to illicitness were detected as above 300,000, while this number was determined to be approximately 20 times more than the vote difference of 13,742 votes between the candidates of the Justice and Development Party and the Republican People's Party," the reasoning said.

The YSK also noted that 30,281 votes were cast in 108 ballot boxes which were legally nonexistent due to lacking voting tally-sheets or required signatures.

''The fact that tally-sheets were not prepared in 108 ballot boxes seriously harms the electoral safety of those ballot boxes," it said.

''According to the reviews by the district electoral boards, it was determined that 377 people under restrictions voted, that in six ballot boxes, votes on behalf of deceased people were cast, that in 41 penal institutions votes were cast on behalf of prisoners and inmates that committed negligent offenses, that in 58 ballot boxes votes were cast on behalf of prisoners held in penal institutions, and that 224 people with mental disabilities who were not allowed to vote indeed voted. After the reviews, it was determined that 706 people who weren't allowed to vote illegally voted.''

The YSK also released the official results of the March 31 local elections on Wednesday evening. According to the official results of municipal mayoral races, AK Party received 45.55% of the overall votes, followed by CHP with 29.81%, Good Party (IP) with 7.76%, Nationalist Movement Party (MHP) with 7.44%, Peoples' Democratic Party (HDP) with 4.52% and Felicity Party (SP) with 2.91%.