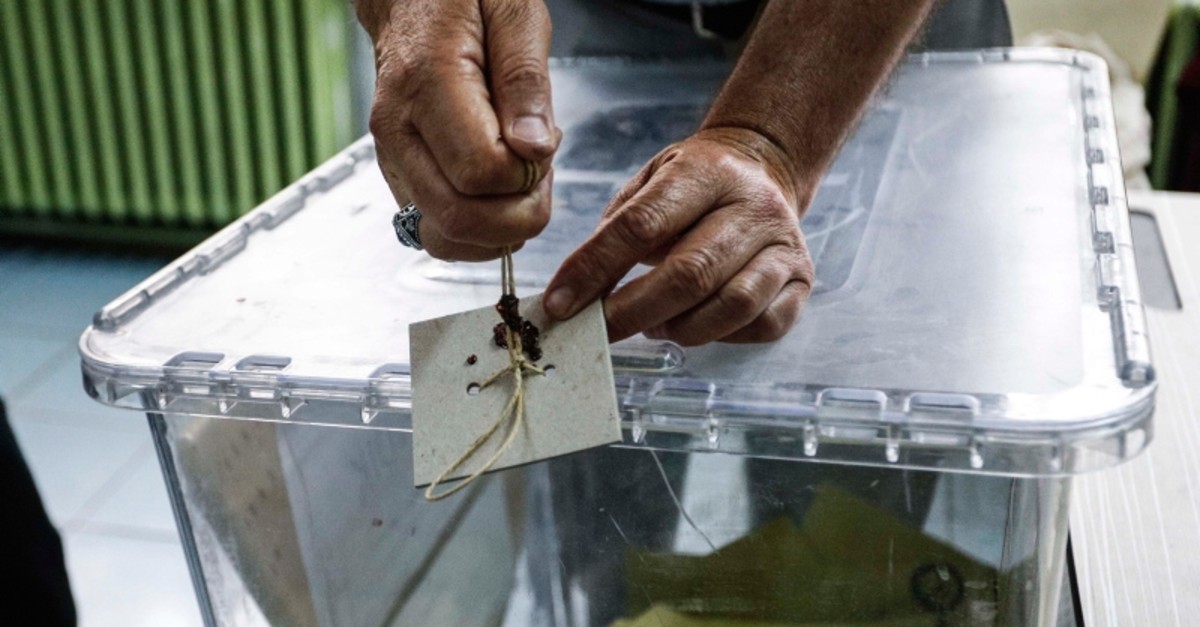 The ruling Justice and Development Party's (AK Party) candidates are set to win the mayoral election rerun in the Keskin district of central Kırıkkale and the Yusufeli district of northeastern Artvin, results showed Sunday, as reruns of the March 31 local elections were held Sunday in three districts and one town across Turkey.

In the mayoral election held on March 31, Yıldırım received 1,800 votes while Alsancak emerged with a hairsbreadth lead of 1,806. The Supreme Election Council (YSK) ruled for a rerun of the election to be held on June 2 over votes cast by people ineligible to vote. The votes of Mustafa Alp Silsüpüroğlu, the candidate of the Nationalist Movement Party (MHP) partnering with the AK Party in various locations in local elections under the People's Alliance, fell from 1,575 to 679.

The CHP had requested the results of the March 31 elections be annulled after Aytekin won by a slim margin of three votes. The YSK accepted the CHP's petition over ineligible voters and ruled for a rerun.

Pundits claimed that the return of AK Party's "resentful voters" to the polls during reruns was among the key reasons for their win in Keskin and Yusufeli, pointing to the possibility of a similar effect in Istanbul, where elections will be renewed on June 23.

However in the Honaz district of western Denizli province, Nation Alliance candidate CHP's Yüksel Kepenek won the rerun by increasing his votes by a great margin.

On March 31, Kepenek initially carried the race with eight votes over People's Alliance candidate AK Party's Turgut Devecioğlu. Following AK Party's appeals before the district and province election board, the gap between the two candidates fell to three and one, respectively, prompting the AK Party to appeal to the YSK over ineligible voters.

Reruns were also held in the Kesmetepe township of the Besni of southeastern Adıyaman province on Sunday.

In Kesmetepe, unofficial results show Democratic Left Party (DSP) candidate Ali Yılmaz has won the election for mayor with 370 of the 1,115 votes cast.

Yılmaz, who had 242 votes on March 31 elections, had contested the results claiming that ballots in one box were cast twice in favor of opposing candidates from the CHP and center-right Democratic Party (DP), who won 281 votes each. His petition was rejected by the district and provincial election councils but was accepted by the YSK, who ruled for a rerun. Candidates from the CHP and the DP received 325 and 320 votes, respectively, but Yılmaz carried the race with 370 votes.

The YSK also ruled for reruns of three other March 31 elections. On June 23, voters in Istanbul will head to the polls again to vote for metropolitan municipal mayor, after the results of the close race between AK Party candidate Binali Yıldırım and CHP candidate Ekrem Imamoğlu, which showed Imamoğlu on top by 13,729 votes, were deemed invalid and annulled.

On July 21, the town of Demirci in the Gülağaç district of central Aksaray will have an election rerun. On Aug. 4, the Suvarlı town of the Besni district of Adıyaman will also return to the polls.