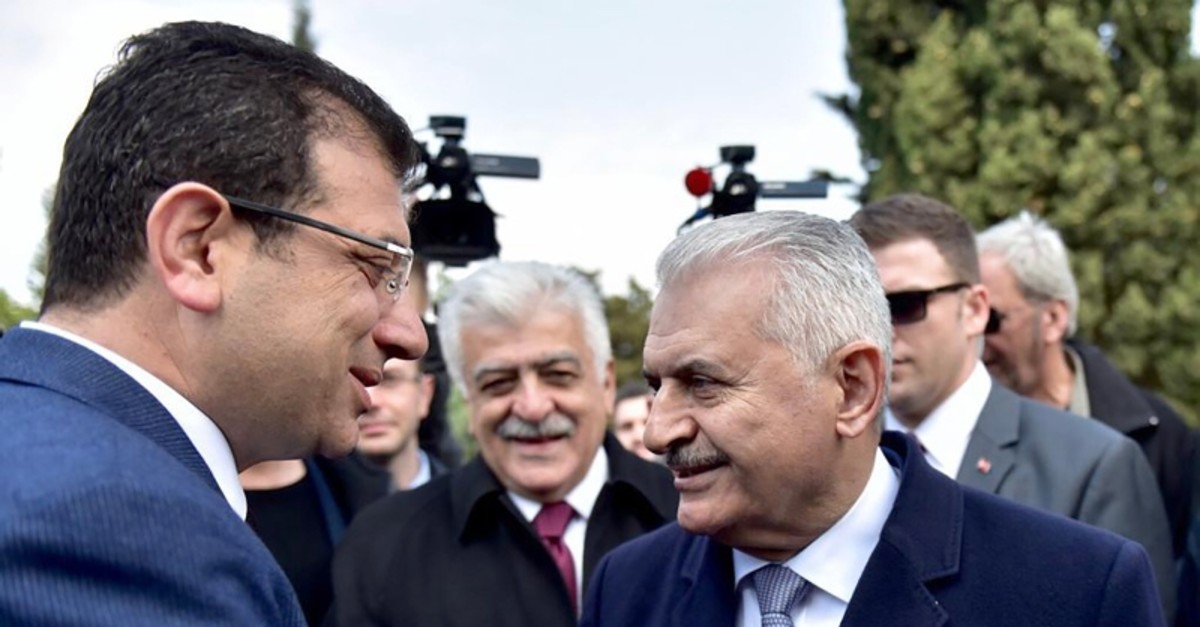 As Turkey sets its sights on the first televised live debate in years between major candidates running for mayor of the country's largest city, an unexpected move suggestion was made for the broadcast in a move likely to glue millions to their screens.

The debate ahead of the rerun of the mayoral elections in Istanbul on June 23 will bring together the ruling Justice and Development Party (AK Party)'s Binali Yıldırım, running as the candidate of the People's Alliance with the Nationalist Movement Party (MHP), and main opposition the Republican People's Party's (CHP) Ekrem Imamoğlu, the joint candidate of the Nation Alliance with the Good Party (IP).

"My choice is that the debate is held in a studio rather than on a particular television channel. To allow any channel willing to broadcast this program to transmit it to the citizens of Istanbul would be better. It would spare us from a debate on a chosen channel," Yıldırım said.

His remarks came after several Turkish media outlets reported that the debate would be hosted by public broadcaster TRT.

But it was Yıldırım's choice for a moderator that aroused the most interest. "It doesn't matter for me who will moderate the program. It can be anyone, I would prefer Uğur Dündar due to his experience but if they ask for someone else, I'd be OK with that too," he said.

Dündar, a prominent opposition figure, welcomed the offer and thanked Yıldırım for his trust in him, saying no one should doubt that he will be a fair moderator. Speaking to Independent Turkish, Dündar said he was the moderator of the last major debate in 2002 between then AK Party Chairman Recep Tayyip Erdoğan and former CHP Chairman Deniz Baykal, the leaders of the two parties leading in opinion polls. "Both leaders sincerely thanked me after the broadcast. That the broadcast was an honest and fair one was a common view of both leaders."

However, Dündar later on announced on his Twitter account that he was turning down the offer to moderate.

Dündar said he had no doubts he would have moderated the debate with justice and would have received thanks from candidates but he noticed signs of a possible manipulative moves seeking to cast doubt over candidates through his moderation.

"I see preparations to harm both candidates and our democracy through my moderation and I therefore decided to turn down the offer in line with my 50 years of experience working in journalism," he said.

Yıldırım expressed disappointment and confusion over Dündar's announcement and questioned whether he came under pressure to walk away from the offer.

"He says 'candidates and our democracy will come under harm.' I don't understand what sort of harm he means. He was going to ask the questions and we were going to answer them. I hope pressure from some people did not influence his decision," Yıldırım through his Twitter account. 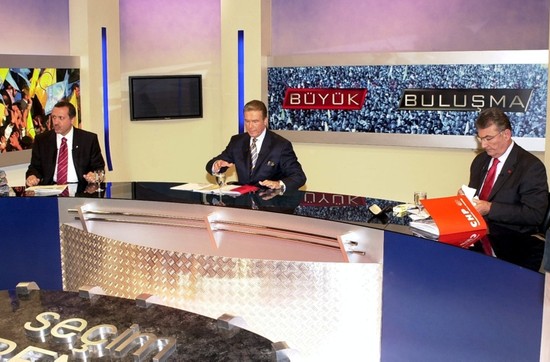 The mayoral elections in Istanbul held as part of the March 31 local elections was annulled by the Supreme Election Council (YSK) on May 6 due to irregularities and unlawfulness. Nearly 8.5 million voters headed to the polls in Istanbul and a very close race took place between Yıldırım - the former parliament speaker, the country's last prime minister and longest serving transport minister (between Nov. 2002 and May 2016 with brief interruptions) – and Imamoğlu, the former mayor of Istanbul's Beylikdüzü district. Imamoğlu was awarded the mayoral mandate by the provincial election board on April with only a slim 13,729-vote difference, which fell from an initial 28,000 votes announced by YSK Chairman Sadi Güven on April 1 after appeals from the AK Party and the MHP.

Following the YSK decision, several minor parties withdrew their candidates from the race with some announcing support for Imamoğlu while others refrained from declaring support for any of the candidates. Opinion polls point to a close race between the two candidates although other candidates from two minor parties, Necdet Gökçınar of the conservative Felicity Party (SP) and Mustafa Ilker Yücel of the left-wing nationalist Patriotic Party (VP), will also appear on the ballots along with 17 independent candidates.

Both Yıldırım and Imamoğlu have voiced their willingness to meet in a televised debate in a series of interviews and the two parties began talks late May to materialize the proposal. 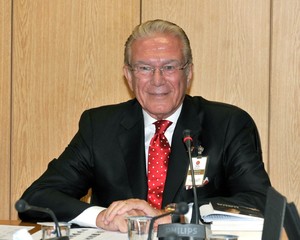 Dündar, 75, is a household name in Turkey over a career as a journalist, anchorman, political commentator and writer spanning through 50 years, recently marked in a ceremony and documentary gala held in Ankara on May 29. Dündar began his career as a producer in TRT, the only broadcaster in Turkey until the early 1990s, hosting mainly sports, soft content or tabloid programs in line with the TRT's strict standards. He also starred in the 1975 movie "İşte Hayat" with prominent actress Hülya Koçyiğit.

Dündar switched to private television in 1992 in Show TV, where he launched the news program "Arena," cited among the pioneers of investigative journalism in Turkey. The program proved to be one of the most popular productions throughout the 1990s with episodes mainly featuring corruption and social issues, still remembered by the Turkish audience with eventful raids to food businesses lacking hygiene or illegal brothels, with probably the most extreme episode being Dündar jumping onto a ferry hijacked by Chechen militants protesting Russian occupation from a helicopter in January 1996 for an interview. In 1995, he moved to Kanal D of former media mogul Aydın Doğan, working for several channels of Doğan Media Group, including as prime-time anchorman while producing Arena until 2011 in different formats, including televised discussions or debates. He also began his career as a columnist in Hürriyet newspaper in 1986 where he continued until 2012 with brief interruptions.

In 2012, Dündar began writing for the Turkish daily Sözcü, currently among the leading newspapers in Turkey with a strictly secular and staunchly anti-AK Party editorial tone. He also launched Arena in 2013 on Halk TV, a broadcaster linked to the CHP, but the program followed a different format with opposition politicians and figures appearing as guests before a live audience often chanting anti-government or opposition slogans.

However, Dündar's critics accuse him of bringing populism to the forefront through his "sensational" reporting as well as alienating conservatives with a secular bias, a common theme observed in the Turkish mass media during the 1990s and 2000s.

Comments flooded social media, with many agreeing with Yıldırım that Dündar was indeed the most suitable figure to host the debate for various reasons. Others argued it was a clever and bold move on behalf of seasoned politician Yıldırım for offering an opposition figure to be the moderator, thus scoring an early advantage. Many others also voiced opposition to the proposal, saying Dündar's apparent political position would play into the hands of either Yıldırım or Imamoğlu and overshadow the debate itself. 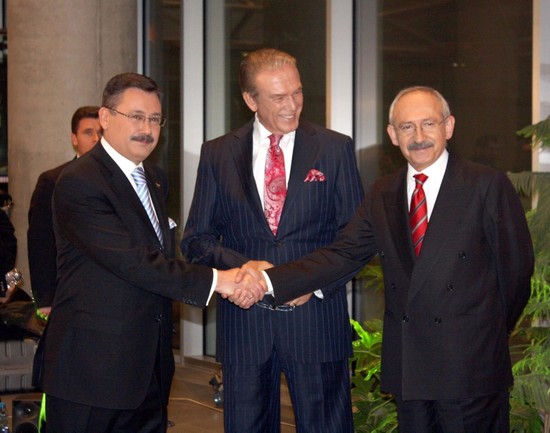 Apart from leaders' debates, Dündar was the host of a series of corruption-themed debates in 2008 that pitted then CHP Deputy Parliamentary Group Chairman Kemal Kılıçdaroğlu against former AK Party Deputy Chairman Dengir Mir Mehmet Fırat and longtime Ankara Mayor Melih Gökçek. While the two series of debates ended with both parties claiming victory and accusing the other side of baseless allegations and demagogy, there is no doubt that the debates played into the hands of Kılıçdaroğlu, a relatively unknown figure at the time, helping him become a household figure. The popularity achieved during the debates significantly helped Kılıçdaroğlu claim the post of party leadership three years later when Baykal suddenly resigned due to a sex tape scandal, now blamed on the Gülenist Terror Group (FETÖ).