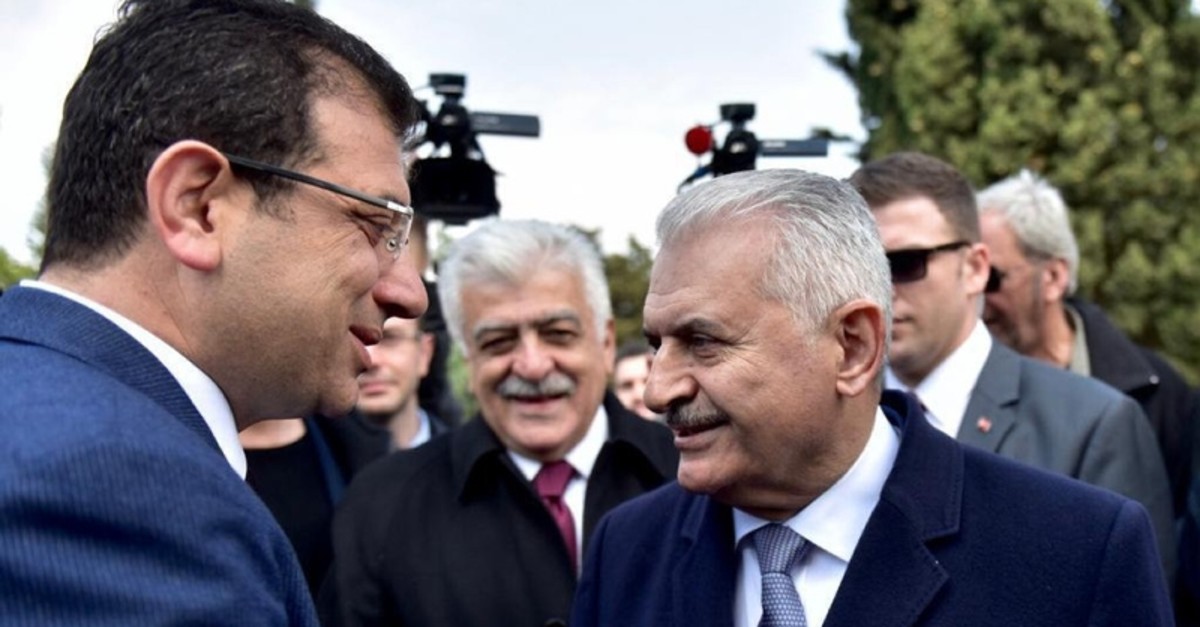 Istanbul mayoral candidates Binali Yıldırım of ruling Justice and Development Party (AK Party) and Ekrem Imamoğlu of main opposition Republican People's Party (CHP) will participate in a live televised debate on Sunday, June 16, at 9 p.m. moderated by Ismail Küçükkaya, according to an announcement on Monday.

The program, to be held exactly one week before the election rerun on June 23, will be the first televised live debate in years between major candidates running for mayor of the country's largest city.

Ünal said the debate will be broadcast on all television channels. Altay said Küçükkaya will give equal questions and equal speaking time to both candidates.

The debate will be held at Istanbul's Lütfi Kırdar Convention Center in the Şişli district on the European side.

Imamoğlu responded to the announcement on Twitter by expressing his delight at participating in the debate and wishing his rival Yıldırım success.

Yıldırım later tweeted his own announcement of the debate, adding that he hopes it will be beneficial for all Istanbulites.

Both Yıldırım and Imamoğlu have voiced their willingness to meet in a televised debate in a series of interviews and the two parties began talks late May to materialize the proposal. Yıldırım surprisingly suggested opposition figure Uğur Dündar moderate the debate due to his experience, but Dündar turned down the offer. Dündar was the moderator of the last major debate in 2002 between then AK Party Chairman Recep Tayyip Erdoğan and former CHP Chairman Deniz Baykal, the leaders of the two parties leading in opinion polls.

The mayoral election in Istanbul held as part of the March 31 local elections was annulled by the Supreme Election Council (YSK) on May 6 due to irregularities and unlawfulness. Nearly 8.5 million voters headed to the polls in Istanbul and a very close race took place between Yıldırım – the former parliament speaker, the country's last prime minister and longest-serving transport minister (between Nov. 2002 and May 2016 with brief interruptions) – and Imamoğlu, the former mayor of Istanbul's Beylikdüzü district. Imamoğlu was awarded the mayoral mandate by the provincial election board on April with only a slim 13,729-vote difference, which fell from an initial 28,000 votes announced by YSK Chairman Sadi Güven on April 1 after appeals from the AK Party and the MHP.

Following the YSK decision, several minor parties withdrew their candidates from the race with some announcing support for Imamoğlu while others refrained from declaring support for any of the candidates. Opinion polls point to a close race between the two candidates although other candidates from two minor parties, Necdet Gökçınar of the conservative Felicity Party (SP) and Mustafa Ilker Yücel of the left-wing nationalist Patriotic Party (VP), will also appear on the ballots along with 17 independent candidates.