Individual needs prevail over public issues among voters in Üsküdar 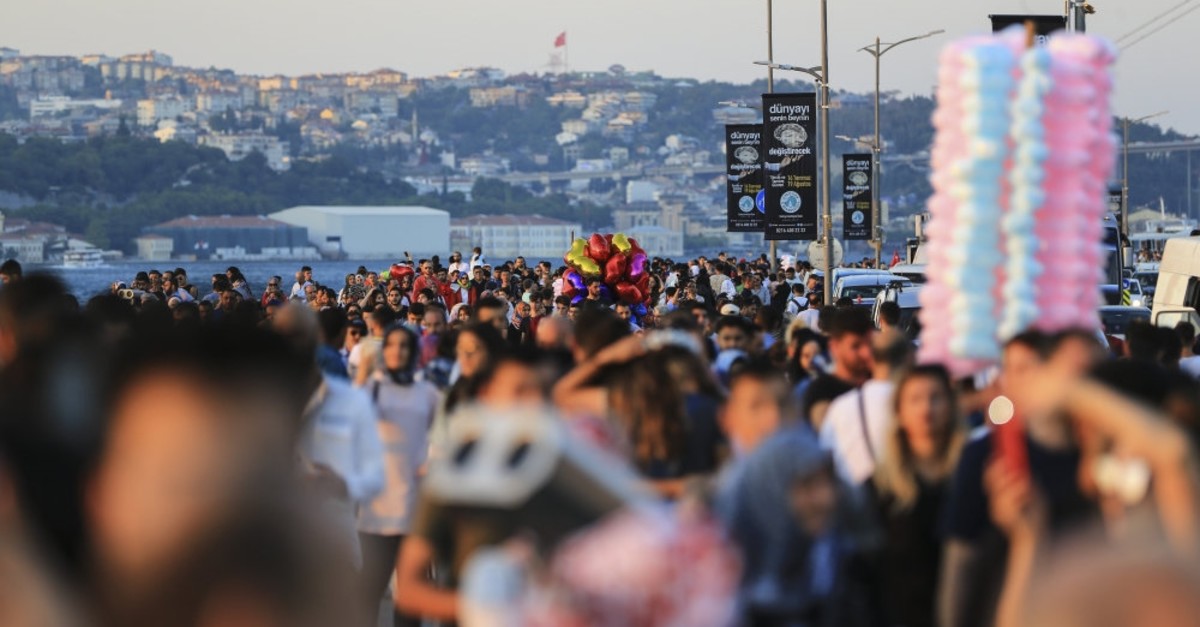 In Üsküdar, a conservative seaside district in Istanbul, citizens expect their individual problems to be solved by the new municipality, even if their demands do not fall precisely under municipal jurisdiction

With the end of Ramadan, the election atmosphere in Istanbul has started to make itself more and more apparent. Political parties are speeding up their campaigns for the June 23 metropolitan municipality elections slated for the country's largest city. Üsküdar, a seaside district that is located in the Asian side of the commercial capital, is one of the places where one can experience the election spirit at its core.

From the booths of the parties that welcome you the instant you set foot in the district to the non-stop campaign songs that are being aired from the election buses, everything screams that there is only 10 days left to the repeat elections.

Of course, this atmosphere has had an impact on Üsküdar's residents as well. Many in the city's historic district seem to be prioritizing their personal needs; things that have concrete influence over their lives while determining who they will vote for rather than on more public issues such as transportation and traffic.

As Daily Sabah, we've walked all around Üsküdar to get an understanding of the demands and expectations of the district's residents from their next mayor.

Our first encounter was with a 64-year-old Hanife sitting at a bench on the dock with her husband, who has a throat cancer.

"My biggest issue right now is the zoning amnesty. I'm waiting for my deed to be issued," she said.

"I cannot think of any other expectation from a mayor right now," she added, while waiting for her daughter who they were to meet there to bring them to a hospital on the European side for her husband's treatment.

"I've been living in the same location for 40 years now and everything we have there has been possible with my own efforts. When we first settled, there were only a few families, now, there is a whole neighborhood. Now, we have natural gas and electricity where we live, and none of this happened thanks to the municipality," Hanife said.

The elderly woman went on to say that over the years, she has put her personal sufferings and needs ahead of public issues, which she admitted may be a problem in Istanbul.

Recently, the Turkish government issued a zoning amnesty for the buildings that were built before 2017 illegally, especially during the 1980s. The people are offered to have a certificate that can be replaced for a deed in return for a small payment. This certificate will enable the people to have natural gas, water and electricity in their homes, which is a problem when you do not have the deed.

"Still," she added, "I do not have any resentment to any political parties or candidates. I like them all, because I know that they work hard."

However, despite her peaceful attitude toward the candidates, her lack of belief that her expectations will be fulfilled prevents her from being a strong supporter of the elections.

"I have to say that due to what I've been through over the years, I have no expectation from any of them," she said."My husband has been suffering from throat cancer for 20 years. He has worked in the municipality for 20 years and the salary he gets right now is TL 2,000. My daughter also lives with us. It is really hard for me to survive with that kind of a salary."

Hanife added that the fact that she also has to wait for her deed to be issued is the last straw.

Üsküdar mostly voted for the ruling Justice and Development Party (AK Party) in the previous general and local elections and the district is traditionally known as a conservative "stronghold." However, this perception over the district has been partially damaged since 2017's presidential referendum, in which 53 percent of the district voted against the proposal.

Unemployment emerges as one of biggest concerns of youth

Hanife is not the only person in Üsküdar whose political motivation is highly affected by personal issues. Beyza, a 19-year-old student, says her biggest concern in life is to find a job after graduation.

"Young people are generally jobless. My only hope is to find a job and work after I've graduated," Beyza said, sitting side by side with her friend, who shares the same name. The other Beyza, who is 21 years old, approved her friend's statement and said she shares the same opinion.

However, regardless of their friendship and agreement that unemployment is a great concern, in the following parts of our conversation, the two girls' political affiliations were revealed to be quite different from each other.

According to the younger 19-year-old Beyza, the election campaigning process is being very well handled by the parties as they pay visits to homes and communicate with the people. For the slightly elder Beyza, however, the whole process is quite annoying since she finds the cancellation of the elections pointless.

"I think that having redo elections is very disturbing. I mean the process of it. We have to go over everything once again. I wish we could have voted once and that would be the end of it," she said.

The mayoral election in Istanbul held as part of the March 31 local elections was annulled by the Supreme Election Council (YSK) on May 6 due to irregularities and unlawfulness. Nearly 8.5 million voters headed to the polls in Istanbul and a very close race took place between AK Party's candidate Binali Yıldırım and CHP's candidate Ekrem İmamoğlu.

Unemployment came out to be the biggest issue in Istanbul for people in Üsküdar, with more citizens citing it as a factor in their voting.

For Cem, a 28-year-old living in Üsküdar, this was also an issue worth mentioning.

"Although I'm not experiencing this problem myself, I'm aware that people are suffering from this," he said.

However, unlike Beyza, this topic is not a determining factor in the young man's political decisions.

"I do not believe in elections and do not support any political party. I do not think that any one of them can be the solution to our problems," Cem said, underlining that both the AK Party and the CHP are same for him.

"I wish we had a socialist candidate," he said, revealing his political stance.

Expressing his desperate views for the future of the city, Cem ended our conversation by expressing that he is getting ready to move to Miami next year with his girlfriend.

Having positive stance erases all problems of Istanbul away

Unlike Cem's negative views on Istanbul, according to 27-year-old Orhan, there is nothing to complain about in "this beautiful city."

"I'm quite hopeful and happy in Istanbul. Of course everyone can count many problems such as traffic and over-crowedness. However, I don't think that when you have a positive stance any one of these problems is really trouble," he said.

Still, there is one thing that disturbs Orhan.

"I believe that the lack of monitoring over craftsmen is one of the major issues that the Istanbul municipality should pay attention to. Sellers who pay their taxes are selling the same product at the same price as people who don't. This is unfair." When it comes to voting, however, Orhan made it very well clear that his decision has already been made.

"To be honest, I will not vote for Ekrem İmamoğlu no matter what he does. Mostly because of his personal character and the [Peoples' Democratic Party] HDP's support for him," he said, underlining that he actually does not feel emotionally attached to any party.

"I'm a sensible person who tries to follow what our religion orders us to do. Even if Binali Yıldırım was not the candidate of the AK Party and he raced for any other party, I'd still vote for him. If the CHP changes its mentality, I may vote for it in the future as well," he explained.

Perihan, a 46-year-old man, also shared Orhan's love for Istanbul, with a longing to the city's old days.

"I was born and raised in Istanbul. It was a beautiful, peaceful city back then. However, now, there are foreigners and tourists everywhere. I'm not saying that they should not come but still I miss the good old days of Istanbul," she said.

Still, for her, the municipality should not only focus on things like transportation and traffic.

"I want to have art in my city. There were open air cinemas back then for instance. Why they don't exist anymore? I want to see movies, and hear music in the streets. The youth are wandering around. The municipalities should provide them with opportunities full of art and encourage them to get busy with such activities," she said.

Almost all district municipalities in Turkey hold outdoor film events every year, especially during the summer. Though none of the districts in the commercial capital have announced such an event for this summer, the reason is probably the busy atmosphere of the upcoming metropolitan municipal election. Meaning that, following the polls, art activities are expected to spread across the city once again.