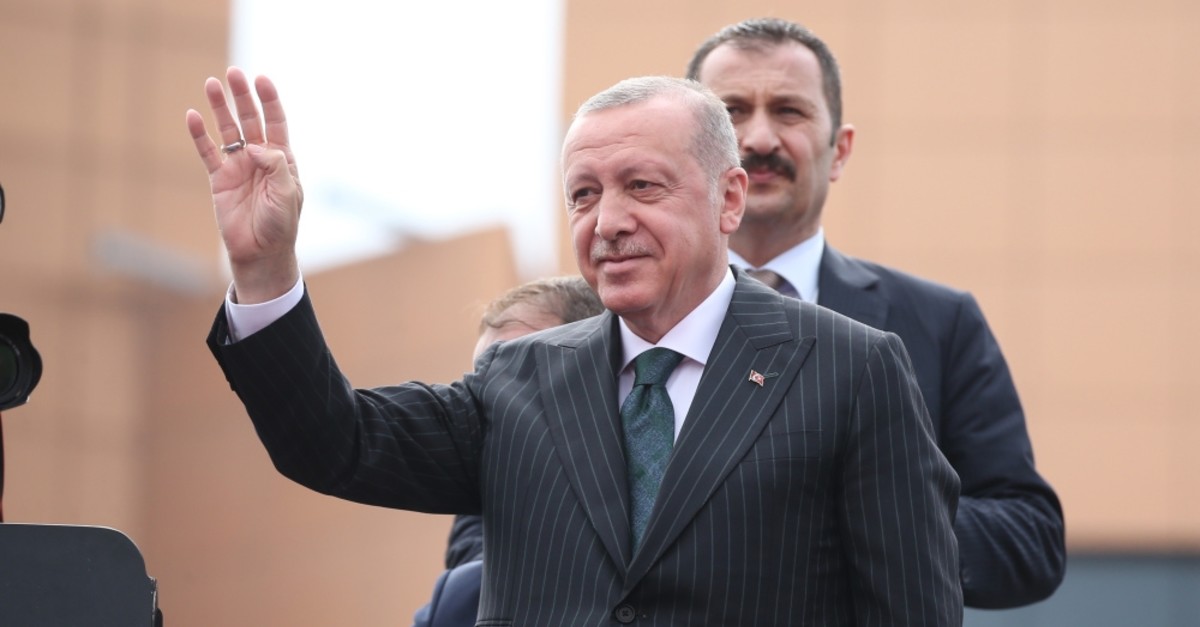 President Recep Tayyip Erdoğan said yesterday that the Republican People's Party's (CHP) candidate for the Istanbul Metropolitan Municipality for the June 23 election Ekrem İmamoğlu's copybook was blotted by the chamber of accounts due to irregularities during his mayoral term in Beylikdüzü district between 2014 and 2019.

"The chamber of accounts detected 11 activities of this person, which caused public loss during his term in Beylikdüzü district," Erdoğan said at an election meeting in Istanbul's Bahçelievler district.

Erdoğan also implied that there were serious irregularities during the March 31 elections carried out by İmamoğlu's team, referring to allegations of stolen votes.

Erdoğan also criticized İmamoğlu's attempt to copy municipality archives after the March 31 local polls. "This is a method of FETÖ [Gülenist Terror Group]," he said.

İmamoğlu decided to open the municipality archives to external experts' investigations weeks after the March 31 elections, which has drawn controversy due to security concerns. He instructed the Department of Inspection Board to form a five-member team, including two inspectors and three exterior experts, to create electronic copies of all municipality archives. However, the attempt was canceled afterwards.

Regarding the election polls, Erdoğan said yesterday at another meeting that there are manipulations in polls for Istanbul, defining İmamoğlu as a "lame duck."

"They [polls] have been prepared upon order. Sunday's voting will give the ideal result. There is a lame duck, and we will see ultimate decision [of people]," he said at a meeting with representatives of foreign media outlets.

Erdoğan also emphasized that ruling Justice and Development Party (AK Party) was the winner of March 31 elections as it gained majority of mayoral posts and provincial council seats.

"AK Party won vast majority of provincial councils. It also has all commissions and acting president posts," he said.

In March 31 local elections, the AK Party won in over 575 out of the 1,046 total municipalities in the country, including 24 out of 39 municipalities of Istanbul.