Who will be victorious in June 23 Istanbul polls? 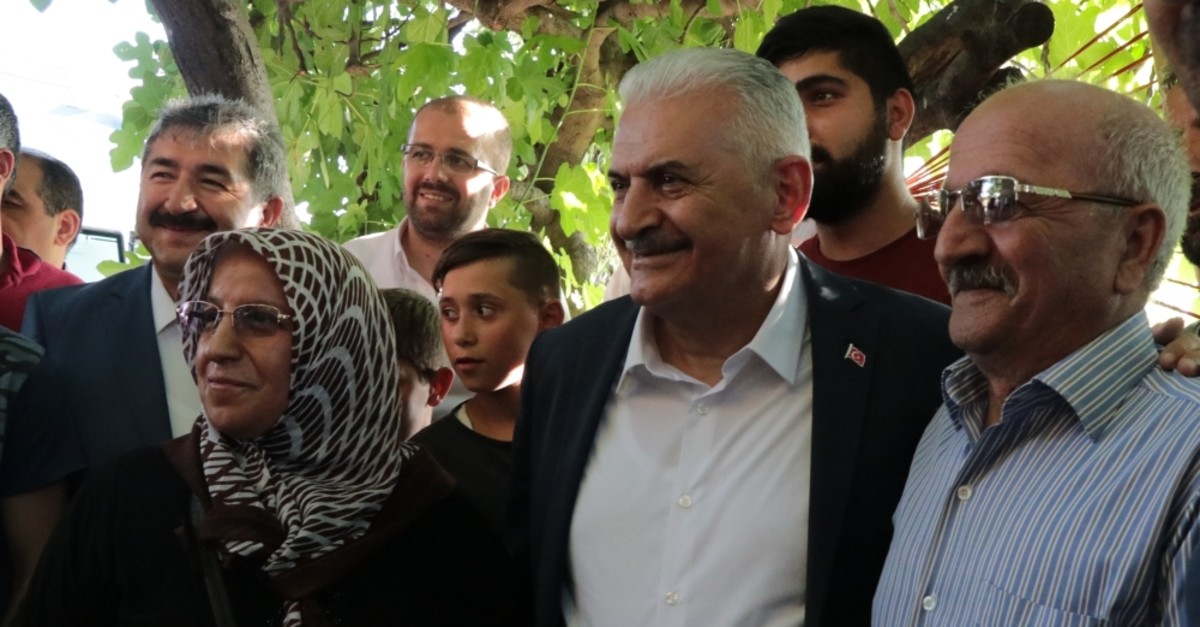 The renewed Istanbul mayoral election is this weekend. In addition to the two major candidates' performances in the first televised debate, the meeting between Nation's Alliance candidate Ekrem İmamoğlu and moderator İsmail Küçükkaya met on a TV program still dominate the news in mainstream and social media.

With no clear winner on the night, neither candidate could top the other. The format of the debate forced the People's Alliance's candidate Binali Yıldırım and İmamoğlu both to avoid taking any risk that could cause a potential communication crisis just days before the election. Thus, voters, especially undecided constituents, could not find a way to overcome their confusion as to whether they will go to the ballot box this time. However, the latest poll indicates that the number of swing voters has declined from 5.5% to 3.4%.

Thus, a very recent poll conducted by the ORC Research Center indicates voter turnout will be higher than in the previous election – 84.6% on March 31. The research company estimates that this time the turnout will be around 88-89%; thus, the participation rate on June 23 should be at least 4% higher than the March 31 polls.

"There are a couple of reasons for this increase in voter turnout," said ORC President Murat Pösteki whose team had the closest results in their polls and predictions in March.

Emphasizing the determinative role of voter turnout on final results, Pösteki said based on their latest surveys the increase of people who will go to the ballot box this time would boost Yıldırım's votes. "Our research shows that most of the undecided voters who did not vote on March 31 are AK Party [Justice and Development Party] and MHP [Nationalist Movement Party] constituents, more than 60% in all. Based on our latest survey, Yıldırım will increase his votes between 0.6-2% and win the election because of this factor," Pösteki said.

Based on ORC's recent survey, Yıldırım will complete this race ahead of his rival with 48.3% to 47.7%. Another fact suggesting that Yıldırım will win is that undecided constituents and İmamoğlu votes have reached the saturation point.

"There is no way to get additional votes from the undecided for İmamoğlu. He will reach the highest margin that he can get now, and his constituents already vote for him. So Yıldırım is likely to make a difference at this point," the ORC president said. In addition to the surveys, Pösteki said the AK Party voter tendencies have changed compared to the previous election. "In March, AK Party supporters thought that it would be an easy ride and could give a message to their party not to be overcome by languor. But they did not think that they would be facing a slight margin between İmamoğlu and Yıldırım. This is exactly the same psychology that happened in the 2015 general elections where AK Party undecided voters did not go to the ballot box," he added.

Turkey's November 2015 general elections took place as a result of the June 2015 election, which failed to produce a government that held 276 of the 550 seats in Parliament. President Recep Tayyip Erdoğan announced the decision to hold snap elections Aug. 21, 2015, and said that Nov. 1 would be an appropriate time to open the polls again. As a result of the November election, the AK Party obtained 49.5% of the votes and formed the government with 317 of the 550 seats in Parliament.

Emphasizing the importance of social media during the elections in Turkey, Pösteki said both alliances use social media intensively. "During this election, we have also seen that conventional media has not had an enormous effect on voters. In contrast, social media has more influence on people. This is how İmamoğlu's image was shaped in only six months but now Yıldırım's supporters caught him in social media. Perceptions created on social media are now more important than before," Pösteki said.

It's commonly accepted that: "Turkey is the center of the world and İstanbul is the heart of this center." This explains how important this election is for both alliances and candidates beyond being an ordinary local race. With less than 48 hours for the final results, not only Turkish people and İstanbul voters but also the whole world will hold its breath to see the winner. Who will be the winner? There is always a margin of error in this type of contentious election, but arithmetic indicates that Yıldırım will reach the finish line at least one step ahead of his rival.