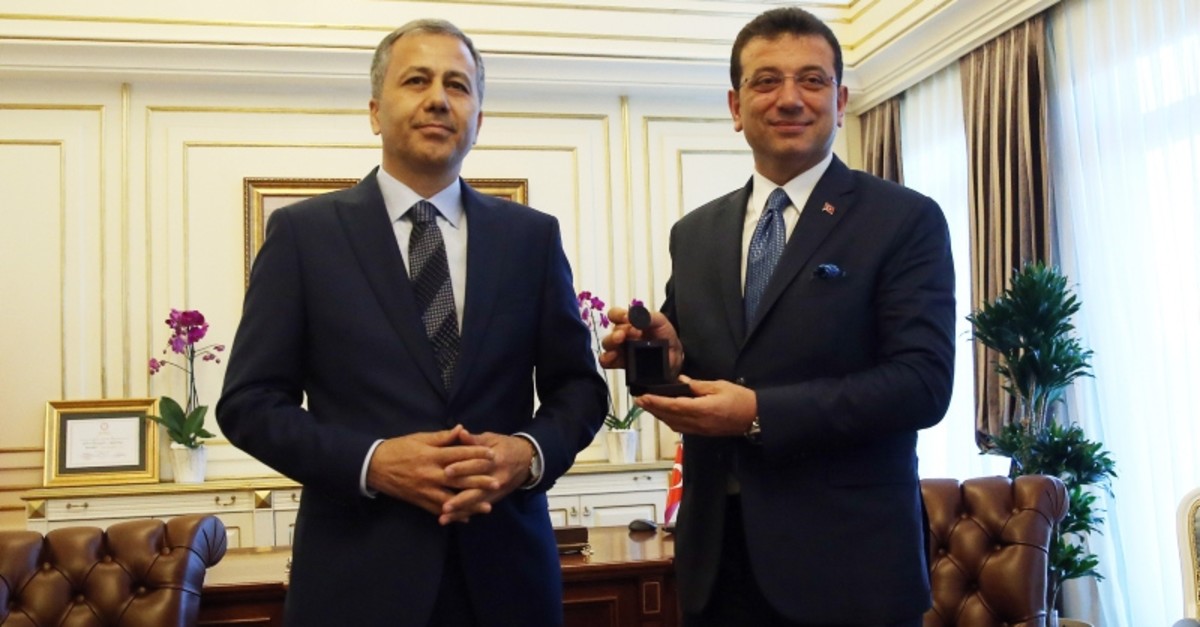 First Imamoğlu was invited to the provincial election board at Çağlayan Courthouse to take his official mandate. He then arrived at the IBB headquarters in Fatih district for the handover ceremony.

Addressing a large crowd while receiving the mayor's seal from acting mayor, Istanbul Governor Ali Yerlikaya, Imamoğlu said: "I will serve the whole of Istanbul, 16 million people from all walks of life and supporters of all political parties."

In the June 23 rerun mayoral elections in Istanbul, Imamoğlu received more than 54 percent of votes while his rival the People's Alliance candidate from the Justice and Development Party (AK Party) Binali Yıldırım took 45 percent of the votes. Imamoğlu led the race in 28 out of Istanbul's 39 districts, greatly improving his performance from the 16 districts he won in the canceled elections.

The election was a do-over election from the March 31 local elections, which was ordered after election authorities said the polls suffered from irregularities and illegalities.