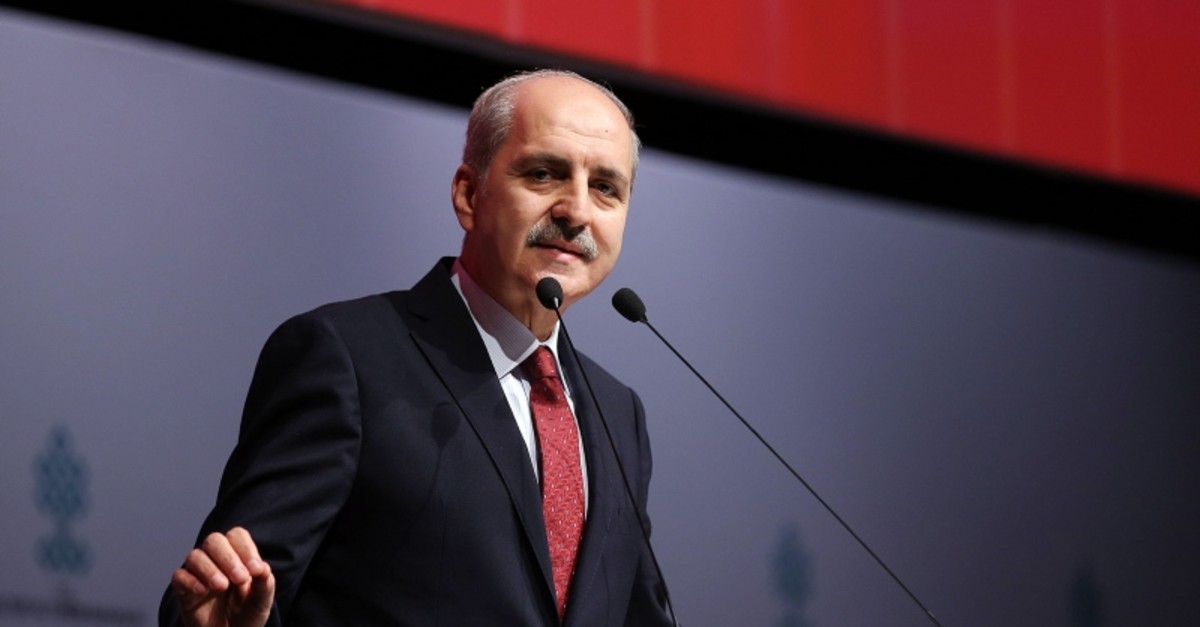 | Sabah File Photo
by Daily Sabah Jan 21, 2020 3:15 pm
A senior ruling Justice and Development Party (AK Party) official dismissed the possibility of snap elections, saying that there is no reason to hold them.
“There is no logical reason requiring early elections under the current political circumstances in Turkey,” AK Party Deputy Chairman Numan Kurtulmuş told a live broadcast on Tuesday.
Kurtulmuş noted that Turkey will hold general elections in 2023 and municipal elections in 2024 as scheduled.
There have been speculations that the government would hold a snap election before the planned general elections in 2023.
In the presidential elections of 2018, AK Party's Recep Tayyip Erdoğan became the first democratically elected president of Turkey's new presidential system by receiving 52.4% of the votes. The presidential system, which was promoted by the AK Party, was ratified in a referendum in 2017 as 51.4% of voters supported the constitutional change.
Also, the AK Party led the polls in parliamentary elections of 2018 by taking 42.5% of popular votes.
“Our goal is to make sure that Turkey is stronger by 2023,” Kurtulmuş added.
The country will mark the centennial of the establishment of the Republic of Turkey in 2023, and AK Party has been striving to complete ambitious goals by then, including megaprojects, environmental and economic reforms, and more.
Last Update: Jan 21, 2020 5:13 pm
RELATED TOPICS