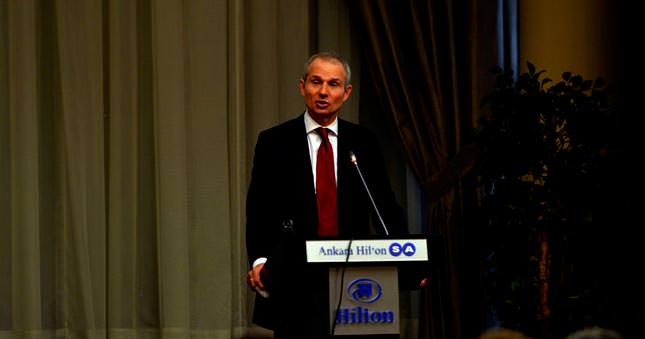 by Feb 26, 2014 12:00 am
The U.K. can offer technical support to Turkey in the nuclear energy sector in exchange for more Turkish investment in the United Kingdom, said the U.K.'s Minister for Europe David Lidington on Tuesday during the opening of an energy conference in Ankara.

Three quarters of Turkey's energy needs come from imports for which it pays around $60 billion per year, said Mercan, adding "for this reason Turkey has to invest in nuclear energy."

Mercan said there are plans to develop Turkey's nuclear energy capability with three or four nuclear power plants within the next 15 years with an investment cost of £12.6bn.

Turkey's first nuclear plant at country's southern Mediterranean coastal town of Akkuyu has been awarded to the Russian company Rosatom who are contracted to build, own and operate the plant. The second nuclear power plant in the Black Sea port city of Sinop is contracted to the Japanese/French consortium Mitsubishi-Areva.